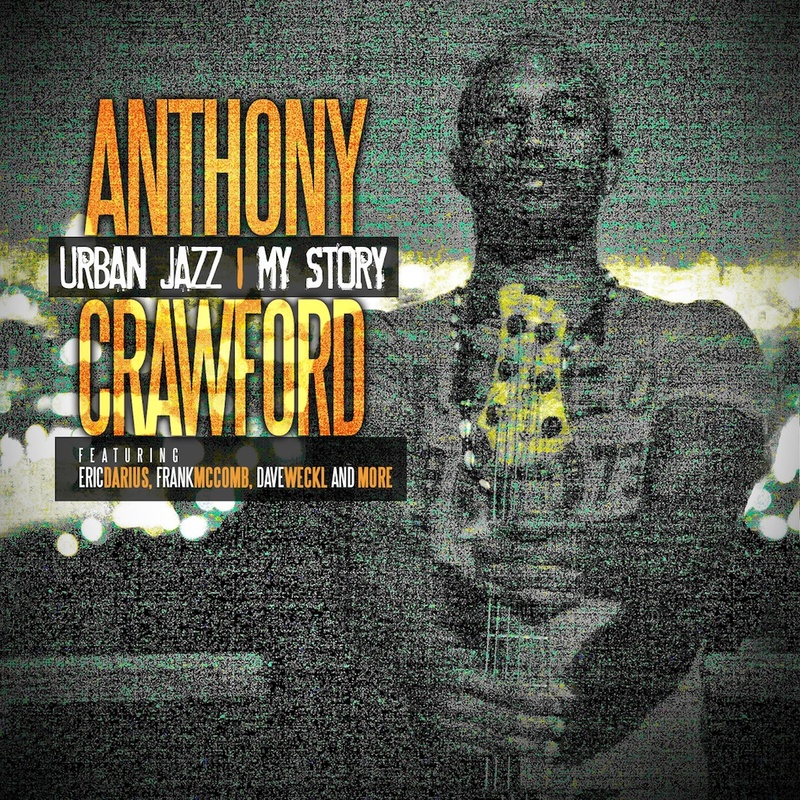 Los Angeles – One might easily contend that bassist Anthony Crawford has music flowing through his veins instead of blood. When you take into consideration that his dad is the noted funk and rock drummer Hubert “H bomb” Crawford, who has played with greats like James Brown, Cyndi Lauper and Mother’s Finest, and his uncle is the legendary jazz saxophonist Hank Crawford, the evidence becomes even more convincing. Now factor in the knowledge that he picked up his first instrument at age two, began visualizing his musical destiny at age 6, started teaching himself the bass at age 12, and was performing on stage with Bette Midler at 14, the evidence is enough to make you really wonder.

One listen to his latest release however, and one just might be totally convinced. With his new effort, Crawford amazingly mixes, meshes and mingles musical genres in a lusciously seductive terrain he calls “Urban Jazz / My Story.” “Urban Jazz / My Story,” on Hydro 6 Records, sweeps across the textures of jazz, funk, R&B, pop and hip hop and morphs into a musical collage of enchanting innovation and interpretation.

Crawford’s intricate bass styling grounds and centers the listener through 14 tracks of mellow melodious adventure. With contributions from a variety of artists, including Eric Darius, Frank McComb and Dave Weckl; song, harmony and rhythm wondrously whirl together in artistic free flight. “Only You,” the single release from the project, features McComb on vocals and is a determined declaration that rocks with commitment. “Bass Guitar” another track from the project, singularly swirls and twirls the flavors of hip hop, pop and contemporary jazz into one delicious treat.

“Baby” is another ear pleaser. The R&B bass tinged ode soars with sentiment highlighted with vocals from Valencia Robinson. Crawford’s “Jazz vs. Hip Hop” takes it up a funk notch with an engaging interplay so wound up, that the notion of jazz vs. hip hop becomes an improbable feat with no winner. “For My Mother,” Crawford’s stirring solo effort, is pure bass that touches the heart strings with every timbre.

A true prodigy in his own right, Anthony Crawford has been honing his own musical legacy over the years, working with artists such as Erykah Badu, Justin Timberlake and Jeff Lorber. The Memphis, TN native is one of four featured bassists on the upcoming release “Bass Sessions Vol. 2” from GospelChops.com and he tours internationally to wide acclaim.

His dedication to his art is highlighted throughout “Urban Jazz / My Story” with his thoughts on perseverance. “I am a true believer in what the mind can see will be made real. My musical journey has always been about me seeing something first and then it manifesting later. I have been blessed to work with many of my music heroes, including bassist Stanley Clarke and legendary guitarist Allan Holdsworth, in just this fashion. ‘Urban Jazz / My Story’ is about pushing beyond borders, not just with music but also in life. We have the power to make things happen and hopefully ‘Urban Jazz/ My Story’ inspires that modus operandi in others.”  www.AnthonyCrawfordBand.com

Move beyond limits with Anthony Crawford at http://www.AnthonyCrawfordBand.com. Check him out on iTunes at https://itunes.apple.com/us/album/urban-jazz-my-story/id634947997