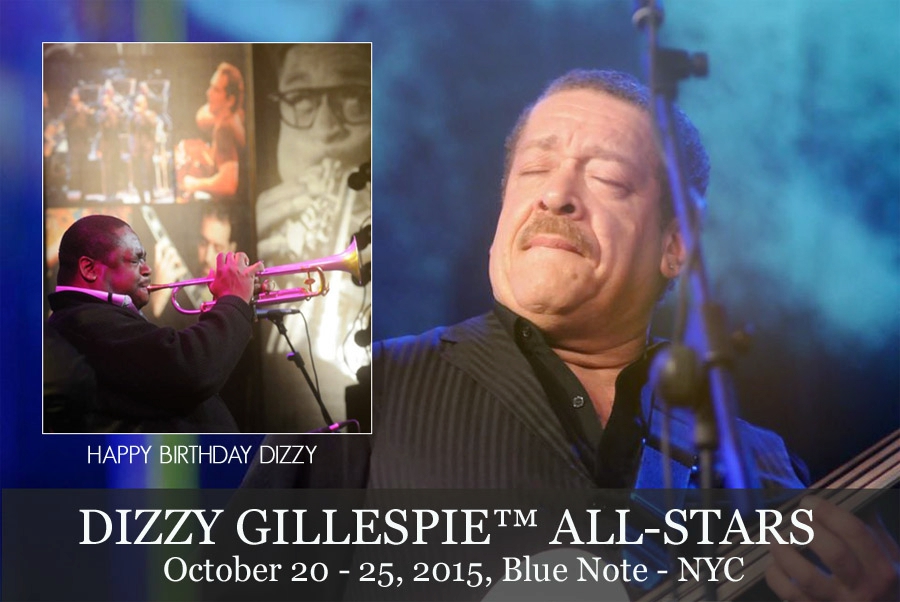 History has produced its share of great artists and great people – John Birks “Dizzy” Gillespie was both. As a performer, he left behind an incredible record of innovation and inspiration; as a composer, a broad repository of musical masterpieces; and as a man, a legion of friends, colleagues, and compatriots who remember him with the same degree of love and esteem they reserve for his work. – More info click here: BLUE NOTE

“Blessings describes how I feel about the great music that came before,” says Hart. While he is mindful of the jazz tradition, he knows no confines. “Great music also comes from Stax and Motown, Jeff Beck, Queen, Bob Marley, Stevie Wonder, and Michael Jackson.” “Blessings” and “standards” do not stand still nor can they exist in a vacuum. Hart says, “I’m trying to bring some light [with my music] into this often crazy world.” Blessings has the high wattage to do just that with juice to spare. More info click here: JAZZ STANDARD

Antonio Hart’s horn sound has matured, which is not to imply it’s mellowed. Hart still has that blues-rich swagger that’s descended from Adderley and Donaldson, yet his tone sounds even bigger, with the heft of a tenor saxophone while maintaining the steely litheness of an alto. Blessings is a scintillating album evoking an era where jazz was less of an “art form” and more “party music.” It’s not that Hart leaves artfulness out of the equation—he just remembers to imbue artistic integrity with vibrant fun. “Blessings describes how I feel about the great music that came before,” says Hart. While he is mindful of the jazz tradition, he knows no confines. “Great music also comes from Stax and Motown, Jeff Beck, Queen, Bob Marley, Stevie Wonder, and Michael Jackson.” “Blessings” and “standards” do not stand still nor can they exist in a vacuum. Hart says, “I’m trying to bring some light [with my music] into this often crazy world.” Blessings has the high wattage to do just that with juice to spare.