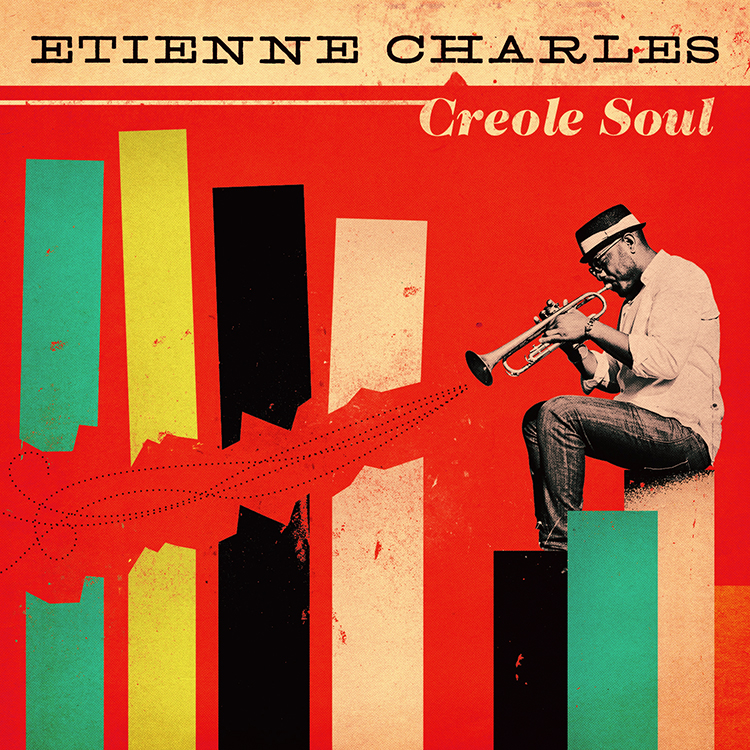 Over the course of his distinguished career as a working musician and academic, Etienne has toured the world, including French and Creole speaking Caribbean territories of Haiti and Guadeloupe with musicians conversant with kompas, racine, biguine, and gwoka.

Known for his trademark supple tone and exciting rhythmic swagger, Etienne has also performed and recorded with many greats including renowned Jamaican reggae and jazz luminary Monty Alexander, the late Grammy Award winning percussionist/songwriter extraordinaire and compatriot, Ralph MacDonald and the ever inventive composer and piano virtuoso Marcus Roberts.  All three of these icons have mentored Etienne throughout his development. Etienne credits his experiences with them as foundational: they have seasoned his Pan-American musical outlook and moulded his wondrously rounded oeuvre.

Ben Williams and Obed Calvaire do a fine job of anchoring the infectious rhythm of The Folks. Their creative tandem enables Jacques Schwarz-Bart and Etienne to trade inventive solos on this tune which Etienne dedicates to his beloved parents.

Dawn Penn’s classic You Don’t Love Me (no no no) – a mid-tempo reggae classic – receives an alternating swinging interpretation. The horn section’s voicings are especially spirited and creative, highlighting the blues sentiment of the original version.

Roots, featuring the mercurial guitar of Alex Wintz, takes cognizance of Etienne’s roots on the island of Martinique and is fittingly introduced with a lively Belair rhythm and impressive vocal chant.

As a poignant counterpoint to the quick-paced pieces on the recording, Winsford Devine’s Memories is given a reverential reading. Demonstrating the passion and control shown by masters such as Freddie Hubbard and Woody Shaw on ballads, Etienne turns in a special arrangement of the classic calypso, inspired by a visit to his ailing friend and mentor, the late percussionist, Ralph MacDonald.

If you detected a distinctive calypso lope to the beat on Thelonius Monk’s Green Chimneys, Etienne Charles and crew take it to its natural conclusion with an ingenious update that wouldn’t be out of place at the annual Trinidad carnival.  Etienne, pianist Kris Bowers and alto saxophonist Brian Hogans pull off tour de force solo spots.

Bob Marley would have been proud of Etienne’s dulcet-toned flugelhorn on Turn Your Lights Down Low. It’s a soothing tune for an equally soothing moment.

Etienne says his composition, Midnight, represents “a musical colour of the time of day when I get most of my creative ideas”.  It’s definitely a provocative number with added suspense.

Close Your Eyes, showcases the sensitive and intimate side of Etienne’s writing and performance.  This beautiful duet with Bowers paints the picture of a musical caress.

The closer, Doin’ The Thing, is an unmistakably rousing finale, written in a classic uptempo rhythm changes vein a la Blue Mitchell; it is shot through with delightful solos from Jacques Schwarz-Bart and Ben Williams. Notable too, is Kris Bowers’s supportive comping.

If Caribbean, West Indian or American creolisation is a process by which a unique culture is crystallised through the assimilation of European, African, Asian and indigenous Caribbean influences over several hundred years, Etienne Charles is the quintessential Creole Soul.