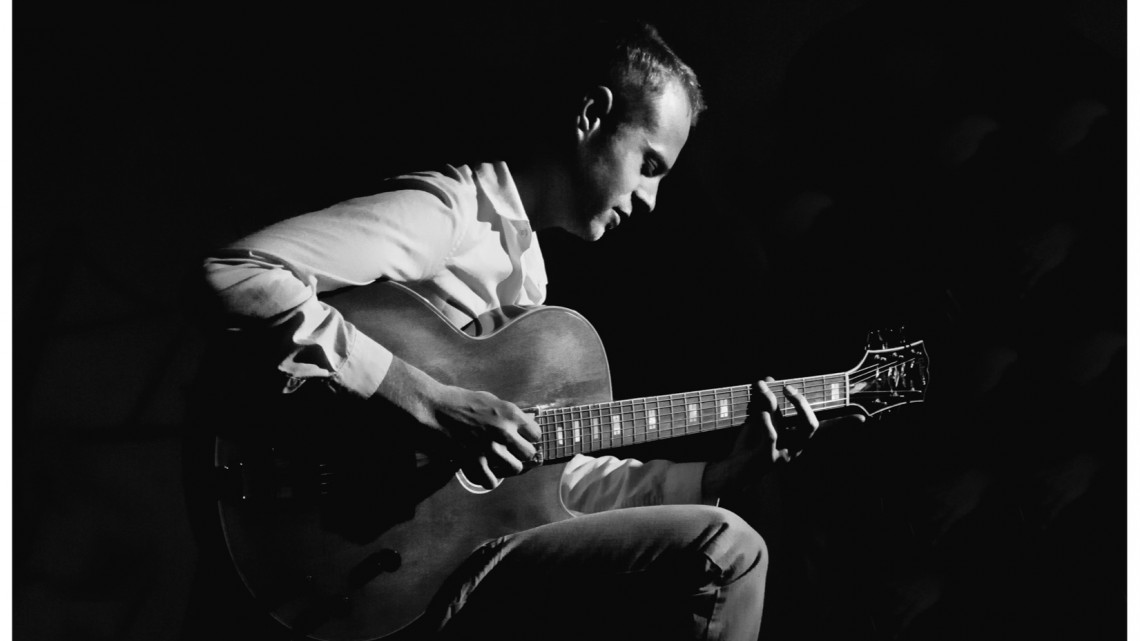 Barcelona, Spain, May 13, 2014 — Fresh Sound Records, a Spanish record label specializing in American jazz, announces the September 2 release of For Emotional Use Only, a new album by New York City based jazz guitarist Rotem Sivan.

An acclaimed and fascinating new voice on the New York jazz scene, Sivan skillfully fuses classical music and jazz with ethnic elements to create a unique approach to traditional guitar trio instrumentation. His style and sound bring a fresh flair and a remarkable sophistication to jazz, which transcends audiences. Sivan’s elegant handling of the guitar demonstrates the precise technical capabilities that enrich his sound and emotional presence that inspire the musicians who follow him. As Brandon Bernstein writes about his debut CD in Just Jazz Guitar Magazine: “Without any doubt this is the very best jazz guitar CD I have heard in quite some time, and I have heard so many great ones lately… Not only is Rotem Sivan a master of jazz guitar, he is a true artist…(with) his own very unique sound.” And Dan McClenaghan exclaims in All About Jazz, Sivan leads “a trio possessed of energy, intensity, creativity and remarkable chemistry.”

Fresh Sound Records owner Jordi Pujol, who’s been overseeing the production of the new CD, says: “We are excited to have Rotem Sivan as part of our portfolio. He is truly an original guitarist who is set for a bright future and will shape and influence guitar jazz for generations to come.” Established in 1983, Fresh Sound Records releases the work of both upcoming and renowned jazz performers.

“When Fresh Sound Records gave me the opportunity to jointly produce a trio album I felt a great sense of honor,” says Sivan. “Fresh Sound Records has always been one of the finest record labels out there. So many artists I admire are on the label including Brad Mehldau, Kurt Rosenwinkel, Robert Glasper, Omer Avtial and Avishai Cohen. I feel privileged to join this well-respected group.”

Featuring Rotem Sivan on guitar, Mark McLean on drums and Haggai Cohen Milo on base, the album includes five original compositions as well as two jazz standards. The inspiration behind this album was to celebrate the boundless potential of human relationships and how they flourish in the world around them. The trio explores different sounds and styles of communication, flawlessly and fluidly infusing jazz with different grooves and musical ideas. The Rotem Sivan trio truly performs in the moment, encapsulating the essence of jazz.

The trio recorded this CD at Atlantic Studios in Brooklyn, and the CD was mixed by the brilliant Mark Farber.