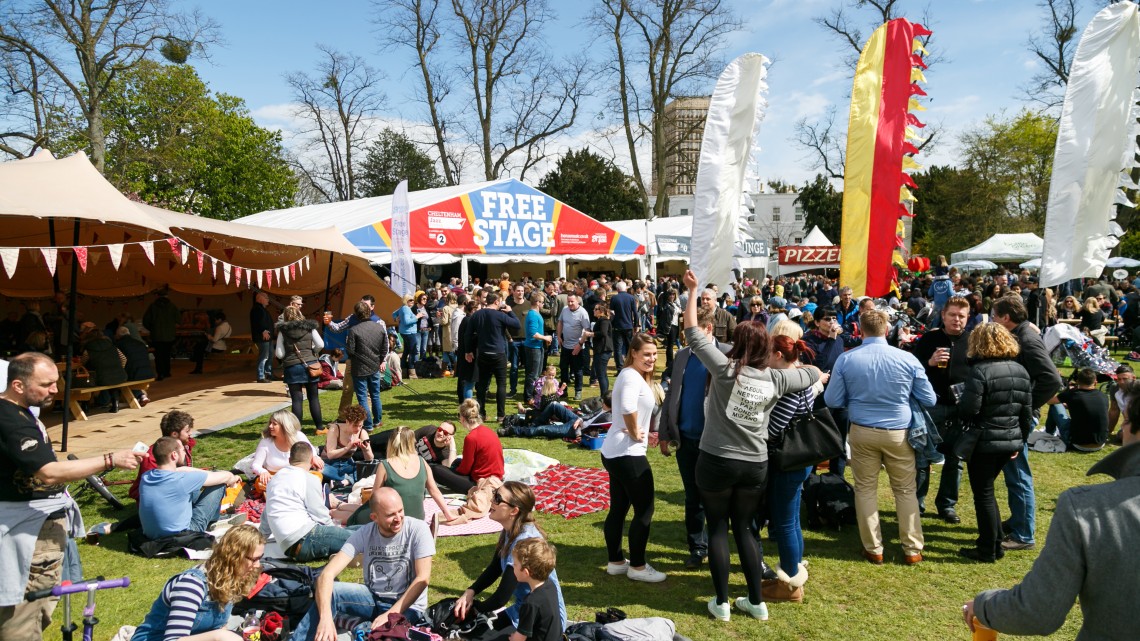 The exciting Cheltenham Jazz Festival returns this year from April 26th to May 1st featuring a varied and eclectic programme of world premieres, festival commissions, unique collaborations and emerging talent against the backdrop of the Regency Cheltenham.

Tickets go on sale to members from February 22nd and on general sale from March 1st.

This year’s roster includes Gregory Porter, Laura Mvula, Jack Savoretti, Will Young and Paul Carrack, and a solo set from cult alt-rock pianist and singer Ben Folds that will include a special, one-off collaboration with the festival’s Artistic Curator Jamie Cullum.

Other high profile acts lined up are Mica Paris, who will perform the Ella Fitzgerald songbook with an eight-piece ensemble to celebrate what would have been her 100th birthday, Booker T. Jones, Grammy-Award-winning drummer Steve Gadd, a rare UK show from Latin music matriarch Toto la Momposina, Benin-born guitarist Lionel Loueke, the debut of a new project from Mercury-nominated Polar Bear drummer Seb Rochford, iconic Afro-Cuban outfit Orchestra Baobab, an exclusive preview of Kit Downes’ forthcoming solo album, Marius Neset with a specially curated UK line-up for the festival, and the world premiere of a Cheltenham Jazz Festival co-commission ‘Decade Zero’ from composer Dave Maric for Phronesis with the Engines Orchestra, interwoven with a full set from the internationally acclaimed European trio.

Blues fans will be treated to shows from the Robert Cray Band, The Marcus King Band and an anticipated return to the festival from singer-songwriter Eric Bibb for the first since time his sell-out appearance in 2010.

BBC Radio 2 continues its long-term association with the festival, who will broadcast live onsite festival-themed shows recorded by Jamie Cullum and Clare Teal, as well as a soul-themed ‘Friday Night Is Music Night’, and Jo Whiley ‘Live In Concert’ featuring Jack Savoretti.

Validating its reputation as a leading force in nurturing the younger generation of talent on both sides of the Atlantic, this year’s festival will welcome the likes of Tennessee-born folk, blues and soul sensation Valerie June, a double bill featuring BBC Introducing’s Earl with South London vocalist Jodie Abacus, European quartet on the rise Amok Amor, Kandace Springs, who returns to the festival for a main-stage show at the PizzaExpress Live Arena, British-Bahraini trumpeter Yazz Ahmed, and Swiss experimental trio Schnellertollermeier, with their visionary avant-garde rock/jazz sound.

Returning this year is the ‘Recomposed: Live Remix’ series, where electronic musicians Ian Chambersand Pascal Wyse will remix five sets from Sunday’s Cheltenham Ladies’ College Parabola Arts Centre into one 60-minute set. The Family Tent will also return in 2017, which will host a range of engaging shows for all ages including a high-energy, Indo Jazz performance from acclaimed clarinetist Arun Ghosh.