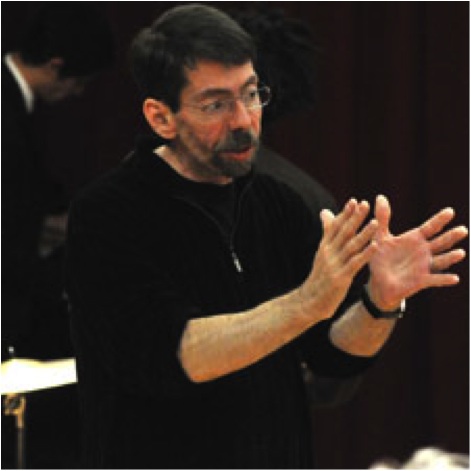 Fred Hersch has much to look forward to in his immediate future, including the premiere of a new extended composition and a variety of performances in the diverse solo and small-ensemble settings that have made him one of the major contemporary voices in jazz piano. Yet 2015 looms large in his mind for another reason. “It will be my 40th anniversary of association with NEC,” he notes with pride. “I arrived in 1975, graduated in 1977, and took over teaching jazz piano from Jaki Byard in 1980. While there have been breaks, this is my third incarnation as a faculty member.”

The Cincinnati native chose NEC for two simple reasons: “In 1975, it was one of a handful of schools that even acknowledged jazz. And it had Jaki, who was on so many great records, and who could play anything. I was already a very skilled 19-year-old professional, and I just drove to Boston, cornered Jaki and told him `I want to go to school here.’”

Hersch remembers his two undergraduate years fondly for the excitement of Gunther Schuller’s final years as Conservatory President and for being part of what he calls a “legendary” jazz class that also included saxophonists Marty Ehrlich and Michael Moore, pianist and now NEC faculty member Anthony Coleman, guitarist/bassist Jerome Harris, and drummer Akira Tana. “It was a great opportunity to concentrate on things I had not emphasized before, like solo playing. And through just stopping by when I heard someone in a practice room, or having them drop in while I was practicing, I developed my love for playing in the duo format.”

Hersch’s duo activities continue through his ongoing collaborations with such diverse artists as trumpeter and NEC faculty member Ralph Alessi, clarinetist/saxophonist Anat Cohen, guitarist Julian Lage and bassist Esperanza Spalding. Still, he considers solo and trio work “the hubs of my wheel,” and is particularly proud of the empathy he has developed in his current trio with bassist John Hébert and drummer Eric McPherson. “There’s something about the trust we have that makes us feel each of us can play anything and it will be cool. We’ve been together for five years, and it just gets better and better. And if John or Eric are not available for a gig, I make it a point to hire young musicians as subs, because I was a young sideman once and appreciate the value of the experience.”

Hersch’s gifts as a composer have also received growing attention in the past decade. His 2003 setting of Walt Whitman poems, “Leaves of Grass,” was performed with NEC students and faculty at Jordan Hall in 2013. “My Coma Dreams,” a theatrical piece based on Hersch’s recollections after emerging from a medically induced two-month coma, is being released as a DVD in honor of World AIDS Day to benefit Treatment Action Group. He is currently at work with poet Mary Jo Salter on “Rooms of Light,” a staged song cycle with five singers and eight instrumentalists that will be premiered in October 2015. “I write these larger- form pieces fairly quickly,” he says, “but the editing, orchestrating, and shaping can take years. So these pieces have to be something that you reallybelieve in.”

A similar commitment informs Hersch’s teaching. “The reason that I get on planes and come to Boston despite a busy tour schedule is my feeling that NEC is still the best school for jazz and improvised music. It is unique in the way it looks at the needs of each student; and to a person, the faculty is comprised of artist-teachers as opposed to educators who never became working musicians.

“Today there are all kinds of materials available that I didn’t have when I was a student; but nothing beats the one-on-one with a teacher in a studio. While I also work with ensembles, my goal with the pianists I teach is to make them better piano players. So I work on technique and piano sound, learning lyrics when you learn songs, going back to the original sheet music instead of The Real Book to see how a composition was originally written. It’s like I’m a shrink in those sessions, listening extra-intently and delving into every detail relevant to musicianship.”

The fear that some students admit to in these intimate encounters is also part of the learning experience. “If there’s no danger in it, it’s not jazz,” Hersch insists. “Every time I sit down at the piano, that danger is always there. In any case, infants don’t learn to walk by going to walking school. Part of learning to walk is falling down. I tell my students that it’s okay to fall down. That’s how you grow.”