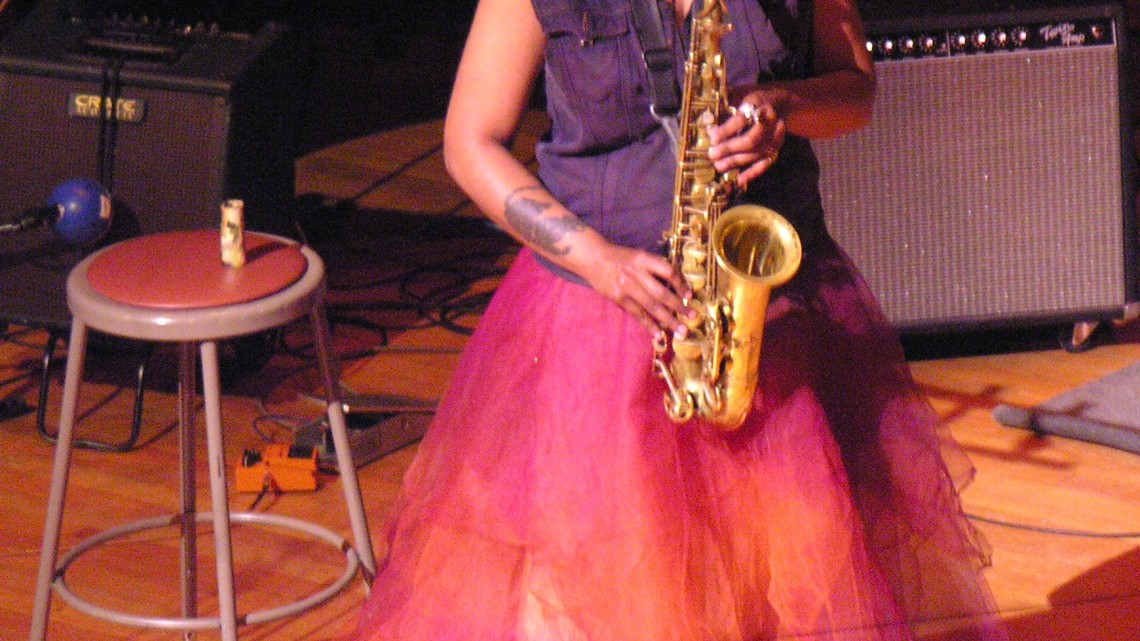 New England Conservatory jazz alumna Matana Roberts ’03 M.M. is one of 20 individuals in the first class of Doris Duke Impact Awards, presented by the Doris Duke Charitable Foundation. Roberts will receive an unrestricted cash grant of as much as $80,000.

The Impact Awards were announced April 22, alongside the third class of Doris Duke Artist Awards since the program’s 2012 launch. NEC alumnus Don Byron ’84 was among the initial group of Artist Award recipients.

Over the next five years the Doris Duke Foundation will fund the work of 100 “artists who have influenced and are helping to move forward the fields of dance, jazz and/or theatre,” through the Impact Awards, according to a statement from the Foundation. Past Doris Duke Artist Award recipients submit nominees for Impact Awards, and these nominations are reviewed by a separate, anonymous panel of artists who then select recipients from this pool. Read the DDCF Press Release: http://ddpaa.org/docs/DDPAA_2014_Award_Announcement.pdf

Born in Chicago, alto saxophonist/composer Matana Roberts has been based in New York City since completing her master’s degree at NEC. She works in many performance/sound mediums including improvisation, dance, poetry, and theater, and aims to expose the mystical roots and the intuitive spirit raising traditions of American creative expression in her music. Her current long-arc project, a 12-part music cycle called Coin Coin, incorporates “Americana research, ancestral memory, imaginative storytelling, instrumental improvisation and vocal performance, which includes opera alternating with screams of joy,” and has resulted in two recordings to date. She is a past member of the BRC: Black Rock Coalition and the AACM: Association for the Advancement of Creative Musicians.