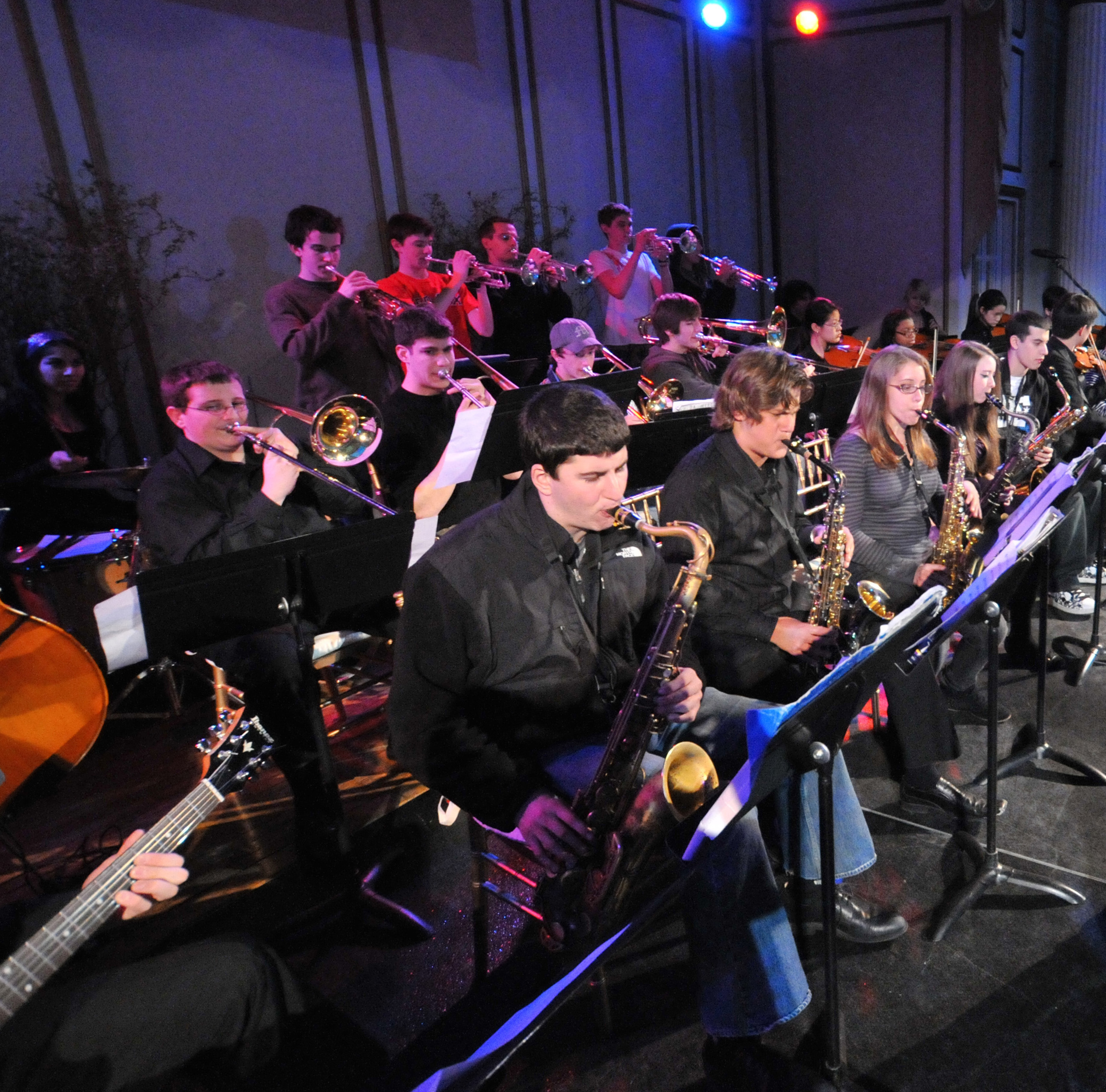 New England Conservatory Prep presents the NEC Youth Jazz Orchestra conducted by Ken Schaphorst in a concert featuring the music of Duke Ellington, Gerald Wilson, Sun Ra, Imogen Heap, John Klenner, Joe Henderson, Harold Arlen, and Thad Jones all performed by middle and high school students in the NEC Youth Jazz Orchestra. The free concert takes place at 7:30 p.m. on Wednesday, December 11 at NEC’s Brown Hall, 290 Huntington Avenue, Boston. For more information, log on to http://necmusic.edu/nec-youth-jazz-orchestra-schaphorst or call 617-585-1260.
Founded in 2008 by NEC Jazz Studies Department chair Ken Schaphorst, the YJO is the only community jazz orchestra of its kind in the Boston area, open by audition to all musicians high school age or younger. The ensemble strives to give young musicians opportunities to learn and perform together in an environment of high expectations and standards.

Ken Schaphorst performs in Jordan Hall on Thursday, December 12 to conduct the NEC Jazz Orchestra in a concert of his own compositions and arrangements.