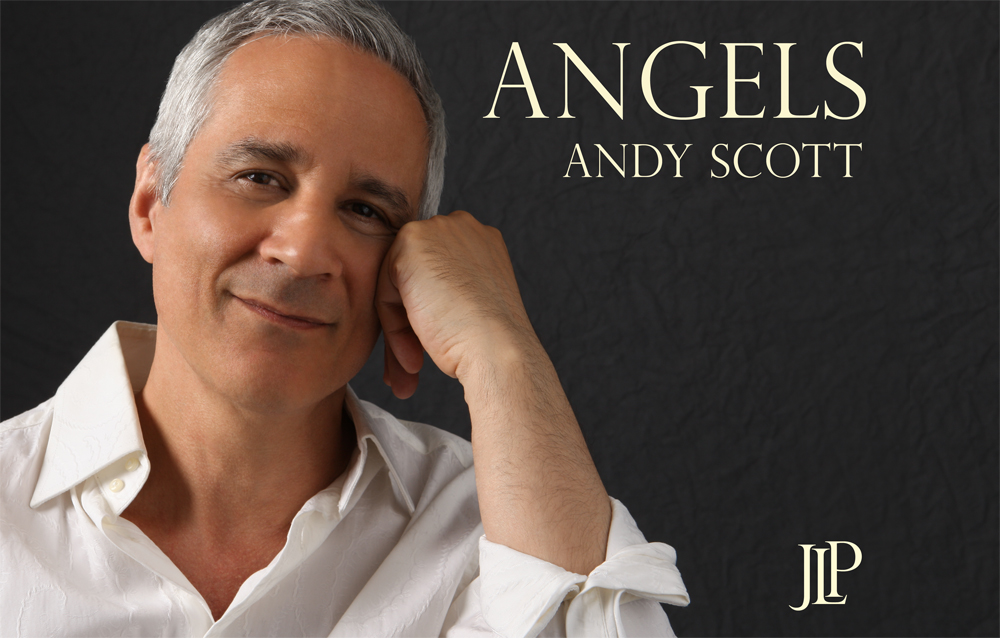 Andy Scott is a jazz singer…but that’s like saying Al Pacino is an “actor” and Julia Childs a “cook.” Scott comes from the tradition of the classic ballad/American Songbook style but he’s not “retro”—like the best singers he melds the best of the past with the immediacy of the Eternal Now, with an eye on the horizon. Born 1957 in Cleveland, Ohio to Terry and Al Rosen—the latter a slugger for the Cleveland Indians—Andy Scott grew up in a home where the sweet science of running the bases, art, and music—and the player piano at his grandparents’ house—fueled his imagination. He found music more to his temperament—“I was good at sports but didn’t like coaches,” Scott admits.

No knock against Cleveland, but Scott felt the call of that mythic Big Apple to pursue his musical ambitions. He got to know music from not only the inside-out but the outside-in as well. Moving to NYC in 1978, Scott ran sound at the Village music club Kenny’s Castaways.  A chance meeting with rock & roll songwriting legend Otis Blackwell (several of Elvis Presley’s monumental ‘50s hits) at Kenny’s led to Scott working with and being mentored by Blackwell, the two becoming friends. Andy Scott’s early musical path started like many of his generation. He grew up on hip hop and a few varieties of pop and rock. Blending them, he recorded as Goatboy for Interscope in 1996 and as Goat for Ruffhouse 1997, and these songs were featured in TV commercials and films: “Great Life” for Kia TV ad and I Know What You Did Last Summer. But he was never that far from jazz singing—it had been insinuated into his DNA as a lad. “My mother listened to Billie Holiday and [Antonio Carlos] Jobim, Bessie Smith and Chet Baker…and of course we listened to Sinatra!   I even shared a thanksgiving dinner with Sinatra once upon a time.” Working at Power Station Studios, he met jazz legends Dizzy Gillespie and Jon Faddis, and meeting ace jazz chanteuse Madeleine Peyroux virtually sealed the new deal. “I was totally influenced by her artistry,” Scott affirms.  In 2007 he opened shows for Peyroux and that was a game-changer—her approach to jazz singing, combining the traditional and the modern decided Scott’s path. Late in ’08, Shelly Bay Music released Don’t Tempt Fate, his debut under the Andy Scott moniker, has Ms. Peyroux dueting with him on the title tune, and backed by such swells as drummer Victor Lewis and fellow keyboardist, Sam Yahel.

Angels finds Scott collaborating with jazz piano heavyweight Cyrus Chestnut, one of the finest Jazz & Gospel pianists on the planet who also co-wrote the title tune. Whereas some jazz singers perform/record many done-to-death standards, Scott ups the ante by writing (or co-writing) nearly all of the songs on Angels—like they say in the movies, this time it’s personal. The opener “Somebody Like You” sets the tone for Angels. Scott swings from the beginning—the band lays down an old school groove and Scott glides in, part starry-eyed romantic, part sophisticate, expressing himself with easy, adjusting to the fickle winds of romance with each syllable. The influence of the classy, jazz-based crooners is there—Nat “King” Cole and Johnny Hartman—but Scott doesn’t attempt to “sound like” them. He’s absorbed their styles and adapted them to his own singular approach, adding a bit of grit, a touch of irreverence, and a lot of heart. Scott makes his way down Lonely Avenue, a street of dreams where the blues are kept at bay by “Valium & Soda”—he’s a nightclub philosopher in the manner of Jimmy Scott and Bob Dorough, singing in a sly, worldly drawl. Chestnut’s piano is luminous in a spare, funky manner and Freddie Hendrix’s trumpet provides a sweet balm for Scott’s condition.

“Bye, Bye Blackbird” is a generations-old standard but Scott finds and sings the truth inside of it and his eloquent yet matter-of-fact delivery make it sound like it was written last month. THAT, Dear Reader, is the mark of a great interpretive singer—Sinatra, Holiday, and George Jones had it, the ability to make a song, recent or old, their own. Andrew Scott has it too. “What Magic is This,” a duet with Abelita Mateus, finds two distinctive voices in a dance that’s as elegant as it is impish—Sinatra sang, “What else is dancing but making love set to music playing?” This track is proof Ol’ Blue Eyes knew what he was talking about. Mixingbossa nova and cha-cha-cha with très) chic swing, this is akin to an affair set into a song, the syllables gently bursting on your eardrum as a summer raindrop landing on warm pavement.

Released on the estimable Jazz Legacy Productions label, Angels is more than an album that beats the dreaded Sophomore Curse. With this release, Andy Scott joins the ranks of singers such as Lizz Wright, Jamie Cullum, and Diana Krall–all take the art of jazz singing into the 21ST century. Make no mistake—Scott has his own voice, with roots in the tradition but with the moxie to enrich the tradition, to take it forward…and he has fun doing it. Come along, get experienced.