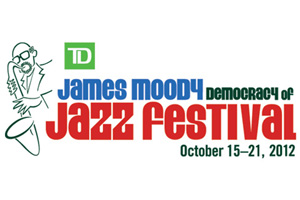 In addition to the concerts, casting has been finalized for the world premiere of a new jazz musical for children, Magic Tree House: A Night in New Orleans (Oct. 20), based on the much beloved books by best-selling author, Mary Pope Osborne and created by Osborne’s playwright/musician husband Will Osborne, Murray Horwitz (co-creator of the Broadway hit Ain’t Misbehavin’) and legendary New Orleans composer Allen Toussaint.  A cast of ten young New Jersey actors will perform the production twice in NJPAC’s Victoria Theater as well as for free in Newark schools for every Newark fourth grader during the Fall of 2012.

These events will be complemented by a host of free programing, including programs and performances throughout Newark and the broader New Jersey community, with additional concerts being held at the Newark Museum, Bethany Baptist Church and in the Gateway Center – as well as in New Jersey’s most popular jazz clubs.

The TD James Moody Democracy of Jazz Festival’s title sponsor is TD Bank, America’s Most Convenient Bank®, and is sponsored, in part, by The Prudential Foundation, Verizon, Audible.com, The Women’s Association of NJPAC, PSEG and Whole Foods. A full festival schedule appears at the end of this press release.

On October 15, 2012 at 7pm, internationally renowned bassist and jazz educator Rufus Reid brings his Out Front Trio to Newark’s iconic Bethany Baptist Church (275 West Market Street, Newark) for a free performance presented in collaboration with the church’s Jazz Vespers Committee.  Reid has written for string orchestras, jazz ensembles large and small and concert bands, in addition to penning double bass ensemble works and a solo composition.  Bethany Baptist Church traditionally celebrates Vespers on the first Saturday of every month from October through June. The Vespers performance on Oct. 15 is a special engagement for the Festival.

On October 16, 2012 at 7pm, the NJPAC James Moody All-Stars swing at the Newark Museum (40 Washington Street, Newark) headlining a free performance in collaboration with the Museum.  Featuring the faculty of NJPAC’s renowned jazz education program, led by veteran saxophonist and composer Don Braden, the ensemble will feature Braden on tenor saxophone and flutes, Xavier Davis on piano, Valery Ponomarev playing the trumpet, Earl McIntyre on trombone, Ron Jackson on the guitar, Dion Parson on drums, Bruce Williams on the alto saxophone, Bill Moring on bass with vocals by Grammy-nominated singer Roseanna Vitro.

On October 20 at 12:30pm, WBGO Jazz88.3FM takes its beloved Kids Jazz Concert Series to the Newark Museum for a free festival performance by Grammy-nominated alto saxophonist Antonio Hart.  Among numerous others, Hart has performed with Roy Hargrove, the Dizzy Gillespie Big Band, Dave Holland, and the Jimmy Heath Big Band and as a leader of his own ensembles.  In addition to performing, Hart is a professor at The Aaron Copland School of Music at Queens College and is on the faculty of the Jamey Aebersold summer camp.

On October 20 at 12pm, NJPAC partners with Rutgers University’s Institute of Jazz Studies on a panel discussion focusing on James Moody, the musician and the man.  Moderating the panel discussion will be noted jazz critic George Kanzler.  In 1968, Kanzler began writing for The Star-Ledger, then as a syndicated columnist across North America. By the 80s, he had become one of the country’s few fulltime daily newspaper jazz writers.  He continues to write for Hot House and NYC Jazz Record, and vote in the DownBeat Critics Poll.  Also on the panel will be Linda Moody, James Moody’s widow, Ina Dittke, Moody’s manager for 25 years, bassist Todd Coolman, who played with Moody for 26 years, and trumpeter Jon Faddis, a musical colleague of Moody’s since his teen years as a Dizzy Gillespie protégé.

On October 21 at 11am, NJPAC kicks off a new, double-set Sunday jazz brunch series at its restaurant, Nico Kitchen + Bar.  Dorthaan’s Place, named after and hosted by Newark’s “First Lady of Jazz,” Dorthaan Kirk.  Ms. Kirk has been a leader in the jazz scene in Newark for over 30 years, both at WBGO Jazz 88.3FM and as curator of Bethany Baptist Church’s Jazz Vespers series.  Held at the Arts Center’s new “Italian Without Borders” restaurant, the inaugural brunch will feature Montclair, New Jersey’s internationally renowned composer and pianist Geri Allen and her Quartet, with Newark native Maurice Chestnut, who has performed with Savion Glover in multiple productions, including the Tony Award-winning Bring in da Noise, Bring in da Funk and on ABC TV’s “Dancing With The Stars.”   Future brunches will include performances by the Houston Person Quartet (Dec. 16), the Don Braden Organix Group (Jan. 20) and the Cyrus Chestnut Trio (Feb. 17). Tickets for the brunches are $45, $15 for children 12 and under. Each ticket covers two sets of music, a buffet brunch and a mimosa.

As homage to Sarah Vaughan, NJPAC’s Sarah Vaughan International Jazz Vocal Competition, which in its first year is already the largest online jazz competition ever launched having received over 800 song submissions from around the globe and over 11,000 fan votes, culminates in a special concert on Sunday, October 21, 2012 at 3pm in NJPAC’s Victoria Theater.  Judging the finalists at the performance will be Grammy and Tony Award-winning jazz vocalist Dee Dee Bridgewater, vocalese and scat pioneer Jon Hendricks, vocalist and Executive Director of Jazz House Kids, Melissa Walker, WBGO radio host and jazz journalist Michael Bourne, and producer of JAZZ ROOTS and co-founder of GRP Records, Larry Rosen.    The Competition is presented as part of the JAZZ ROOTS Series with consulting producer Larry Rosen.

In partnership with the Festival, WBGO Jazz 88.3FM will host a Gallery Exhibition of photographs chronicling jazz history from four renowned New Jersey photographers, Tony Graves, Risasi Dais, George Wirt and Bill May.  The exhibit, “Too Heavy for Words,” will feature performance images of jazz musicians, including Moody, Jon Faddis, Carrie Smith, Roy Hargrove and many others, and runs October 3 through Nov. 30.     WBGO produces six art exhibitions each year in The WBGO Gallery, located at 54 Park Place in Newark, NJ. The WBGO Gallery is open to the public during regular business hours, Monday through Friday, 9am to 5pm.  It will also be open Saturday, October 20, from 12 to 3pm.  For more information, go to www.wbgo.org.

NJPAC has partnered with legendary New Jersey jazz clubs Shanghai Jazz (Madison), Trumpets Jazz Club and Restaurant (Montclair), The Priory Jazz Club (Newark) and the New Brunswick Jazz Project to kick off the Festival around the area the weekend before it officially opens.  Artists at the club performances will be announced at a later date.

All free concerts are on a first come, first served basis.  Tickets for all other festival performances are available now and may be purchased by telephone at 1-888-GO-NJPAC (1-888-466-5722), at the NJPAC Box Office at One Center Street in downtown Newark (open Tuesday-Saturday, noon to 6pm, and Sunday, noon to 5pm), or online at www.njpac.org.

New Jersey Performing Arts Center (NJPAC), located in downtown Newark, New Jersey, is among the largest performing arts centers in the United States and is the artistic, cultural, educational and civic center of New Jersey — where great performances and events enhance and transform lives every day.  As New Jersey’s Town Square, NJPAC brings diverse communities together, providing access to all and showcasing the State’s and the world’s best artists while acting as a leading catalyst in the revitalization of its home city.  Through its extensive Arts Education programs, NJPAC is shaping the next generation of artists and arts enthusiasts.  NJPAC has attracted over 6 million visitors (more than one million children) since opening its doors in 1997, and nurtures meaningful and lasting relationships with each of its constituents.  Visit www.njpac.org or call 1-888-GO-NJPAC for more information.

Founded in 1979, WBGO (Newark Public Radio, Inc.) is a publicly supported cultural institution that champions jazz at WBGO 88.3 FM in Newark, New Jersey and worldwide via WBGO.org. WBGO is the recognized world leader in jazz radio and one of the most respected jazz presenters in the country, and offers award-winning news and innovative children’s programs. Beyond reaching 350,000 weekly listeners (including 17,000 contributing members) on air, online and via mobile devices, WBGO presents live broadcasts from prestigious jazz venues and produces acclaimed programs for NPR heard by millions.

TD Bank, America’s Most Convenient Bank, is one of the 10 largest banks in the U.S., providing nearly 8 million customers with a full range of retail, small business and commercial banking products and services at more than 1,280 convenient locations throughout the Northeast, Mid-Atlantic, Metro D.C., the Carolinas and Florida. In addition, TD Bank and its subsidiaries offer customized wealth management services through TD Wealth, insurance products and services through TD Insurance, Inc., and vehicle financing and dealer commercial services through TD Auto Finance. TD Bank is headquartered in Cherry Hill, N.J., and Portland, Maine. To learn more, find TD Bank on Facebook at www.facebook.com/TDMoneyLoungeUS, on Twitter at www.twitter.com/TDBank_US, or visit www.tdbank.com.

TD Bank, America’s Most Convenient Bank, is a member of TD Bank Group and a subsidiary of The Toronto-Dominion Bank of Toronto, Canada, a top 10 financial services company in North America and one of the few banks in the world rated Aaa by Moody’s. The Toronto-Dominion Bank trades on the New York and Toronto stock exchanges under the ticker symbol “TD.” To learn more, visit www.td.com.