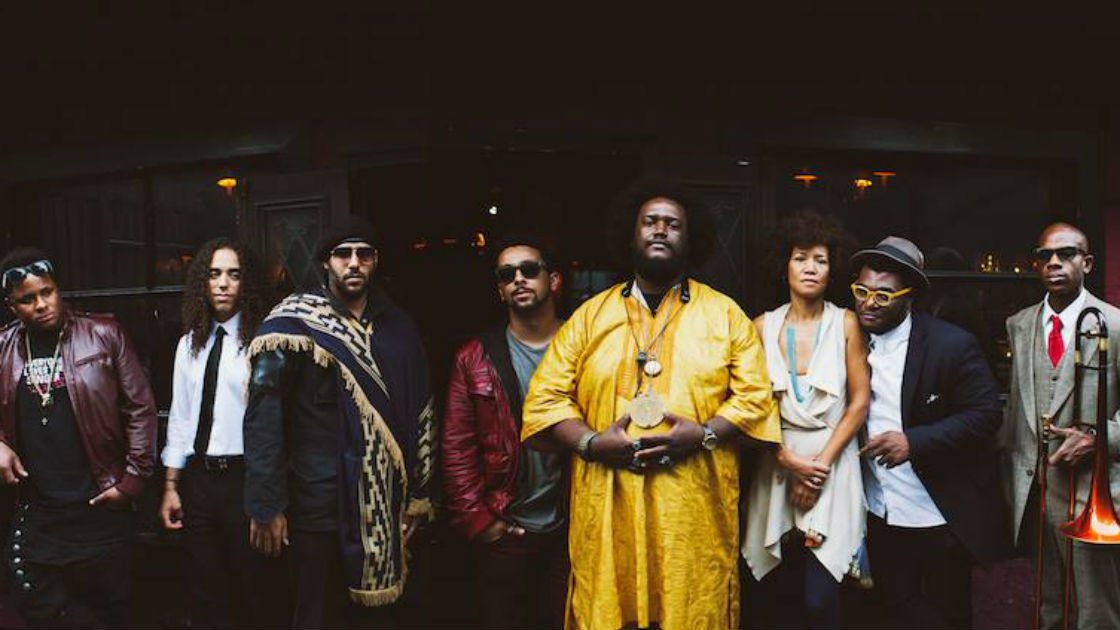 Music fans have been passionately waiting for months since the good news came earlier this year that, the 36-year-old, Inglewood, California-based reedman, Kamasi Washington, one of the most talked about, well-travelled musicians on the scene, would be appearing in concert with his eight-piece group, in Raleigh, North Carolina, December 2, 2017, at 2 East South Street, Memorial Auditorium, at The Duke Energy Center for The Performing Arts. Washington, who is presently on his fall North American Tour, was last in the Triangle North Carolina area (Raleigh-Durham-Chapel Hill), in 2016, at The Art Of Cool Festival. His extensive tour, which began, November 7, 2017, in Detroit, is slowly making its way to the southern United States, with a series of one-nighters.

“We perform in Charlottesville, Virginia, tonight,” he said, during a morning telephone interview, Thursday, November 30, 2017. “The tour has been great so far. We just enjoy playing and getting good energy from our audience. We are looking forward to the shared space. It will be good to be back in that area again. We have always been well-received there.”

Kamasi has been heralded as the “new” voice in the jazz world and is known for mixing jazz with hip-hop. Some critics, like writer Stanley Crouch, have not spoken kindly about that and insist hip-hop cheapens jazz music. Some musicians, like trumpeter, Wynton Marsalis and drummer Joe Chambers, are not happy that hip-hop is receiving more exposure and that it is held up as an example of African-American fine art. Marsalis contends that he is not “anti-hip-hop,” he just thinks “we can do better than that.” Trumpet player Roy Hargrove calls hip-hop “the great grandson/granddaughter of bebop.”

“Hip-hop and jazz are very similar,” contended Kamasi, when asked would he agree with Hargrove’s statement. “They both have good energy and good vibes. They both represent self-expression and free expression. That’s why a good deal of hip-hop artists use jazz music in their recordings. They called it sampling. Hip-hop artists highly respect jazz music. They are both one in the same.”

“I was fortunate enough to have been exposed to jazz early,” said Washington. “I began playing jazz at the age of 13. My father, Rickey, is a jazz musician. I would attend practice sessions, jam sessions and clinics at The World Stage (a non-profit performance hall) in Los Angeles. I learned to listen a lot and was fortunate enough to receive guidance and encouragement from great musicians like my dad, drummer Billy Higgins, pianist Horace Tapscott and poet Kamau Daaood. Some of my musical influences are John Coltrane, Wayne Shorter, Dexter Gordon, Ben Webster, Gene Ammons, Maceo Parker, and Charlie Parker. I think that the term jazz is derogatory. It’s meant to describe noise. The music is beyond the word. The word doesn’t really define what the music is.”

The Kamasi Washington concert in Raleigh, North Carolina, starts at 7pm and will include Moonchild as an opening act. Kamasi and his group will be playing some music from his new ep “Harmony Of Difference” as well as some selections from his hot-selling 2015 release ” The Epic” (Brainfeeder). For more information call (855) 475-0432 or go to: www.dukeenergycenterralei….