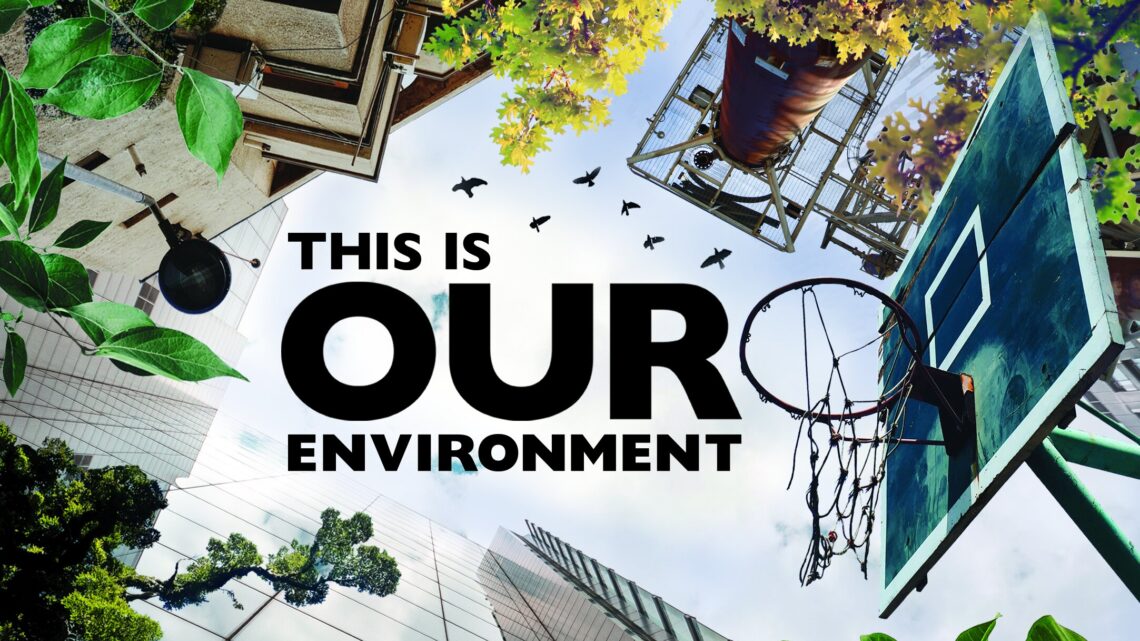 New York City, N.Y. – Joseph Herbst is a saxophonist and composer, but more than that, he is an activist who uses his artistry to speak up alongside the people, places, and causes whose voices are often overlooked. This Is Our Environment, Herbst’s debut album, uses this artistry to do exactly that as, via through-composed sextet music rooted in jazz elements and master-crafted spoken word poetry, he weaves a tapestry of musical allegories, stories, and images that champion the causes of environmental and social justice and their intersectionality.

Originally from mountainous South Carolina, Herbst has always been passionate about the environment. During his time studying at Michigan State University, this passion matured as he became more educated on the realities of manmade threats to the environment. Stirred to action, Herbst got involved with campus activism and community organizing. Over time, Herbst began to question how he had defined the concept of the environment. Initially, the first images that came to mind were rolling hills, mountain peaks, and swaths of greenery; however, the environment, he realized, is more than an escape located elsewhere. The environment includes one’s surroundings – both geographically and socially. As this revelation dawned, Herbst began to consider its implications: the environment with which one is familiar is determined not merely by geography, but by culture, socioeconomic status, and community. While everyone is part of a single global environment, each person’s individual environmental experience varies greatly. While most take standards such as clean air and water for granted, some communities do not have access to these basic amenities. For them, environmental issues become social issues, healthcare issues, and even survival issues. This Is Our Environment fights for these issues both by raising awareness for them and sharing, through speech and sound, the stories of people on the frontlines of these communities.

The title of this album was chosen carefully by Herbst, who draws special attention to the choice of pronoun. “The word “our” is… very important,” Herbst says. “I do not mean it in the ownership sense, as what does it really mean to “own” land? We are a part of the environment – a piece of the ecosystem.” As Herbst elaborates, he notes that one cannot cleanly delineate human society from its environment, as, daily, people interact with, are affected by, and derive meaning from their environment, regardless of whether their physical environment is cityscapes or countryside, healthy or polluted. “Even though it may be taken for granted at times, the environment provides all of us with countless necessities, including breathable air, drinkable water, sustenance through food, natural disaster protection, and climate mitigation. A threat to the environment is, in reality, a threat to people.” Lastly, This Is Our Environment also draws attention to one’s experience of the environment. While one’s experience of one’s environment is personal, it is also communal. Rather than seeing it as something that a community collectively owns, Herbst encourages listeners to consider and experience the inverse: “The environment is something we belong to.”

Musically, This Is Our Environment remains set apart in both its compositions and programming. Whereas much of jazz music is characterized by predictable forms that act as a vehicle for solos, the music on This Is Our Environment was written with stories and emotions in mind – and most stories are not mere repetitions. Herbst’s compositions featured on this album are all through-composed, and all the improvisational sections are carefully written such that they serve the overall direction of the composition and its narrative. Compositionally, rather than entering into writing with certain motifs previously established, Herbst has emotions, tales, and grand concepts he desires to communicate, and then approaches them with the artistry of a master storyteller. “When people ask about my influences,” Herbst confesses, “I tend to think more about storytelling I like rather than musicians, so oftentimes the first influence that comes to mind is Star Trek: Deep Space Nine.” From a musical perspective, Herbst sees his years of classical training as influential on his compositional process in subtle ways. Most prominently is the power of a strong yet simple melody. “When I’m writing music,” Herbst tells, “even though I’m not intentionally thinking about any genre, I’m thinking about melodies I’ve heard and liked. My music is complicated in ways – some weird rhythms, transitions, forms, chords – but a part of me is always rooted in simplicity.” Notably, Herbst’s focus on strong melody led him to add an unanticipated additional instrument into the mix: vocals. “When I first wrote this music,” Herbst recalls, “there were no vocal parts, but because I almost always think about simple vocal melodies, having Aubrey Johnson add vocals just felt natural.”

Programmatically, This Is Our Environment is united not merely by a common theme, but by a common story. The fourteen tracks on Herbst’s debut album are conceptually linked and are carefully ordered to create a thematic progression from start to finish. These themes and concepts are tastefully bridged and elaborated upon by spoken word poetry, written and performed by four different poets, including RaShad Eas, who introduced Herbst to the other three. “[RaShad is] right at the intersection of music/art and environmental justice,” Herbst says. “He even has a philosophy he calls hip-hop forestry!”

The opening track on This Is Our Environment is entitled They Say There Are Beautiful Trees, inspired by Arlie Russell Hochschild’s book “Strangers in Their Own Land.” This book focuses in on building relationships and bridges with people whose ideologies oppose one’s own, through experience spent by the author in Louisiana among those who oppose environmental regulations despite the damage such opposition does to their community. The final line of this peacemaking novel, said by Harold Areno, one of the Louisiana residents the author befriended, is “I don’t know when I’ll see you next. Only the Angel Gabriel knows when each of our times comes. But when it does, and gravity leaves our feet, and we rise up, I know I’ll see you up there. And they say there are beautiful trees in Heaven.” Musically, this track features an interactive bass solo by Liany Mateo with pianist Luther Allison, which sets the tone for the album. “[Their] playing feels less like a typical solo and more like a conversation extended from what I already wrote,” Herbst says.  Another allegorical track on the album, Is this my fault? draws inspiration from a conversation had with a forlorn mother in Flint, Michigan. At the time, Flint had a water pollution crisis, resulting in widespread sickness. Before the cause of the sickness was known, one mother in particular shared how, with two ailing children, she could not help but ask, “Is this my fault?” Herbst extends this deep-seated anxiety and introspection with the track to other areas of life where he finds himself asking the same question. From the discouragement of a climate emergency, to facing the realities of his own societal privilege derived from his identity as a white male, to the emotional turmoil of stories of the families in Flint, life is riddled with difficult questions, conversations, and answers. This track seeks to express that difficulty. The seventh track on the album, Makes No Cents, is an anthem against the hypocrisy of industrial scale biomass in the South. With a title whose pun lightheartedly questions the existence of a destructive capitalistic practice that does not even yield a profit, Makes No Cents fights against the habitual and illogical pollution and destruction of life-giving forested environments.

Herbst praises the musicians on this album for their commitment. “When I first asked them to play some of my music, I thought it’d be a one-off reading session just so I could hear what I wrote,” Herbst says. “But they encouraged me to keep going with it, so I kept writing and we kept playing. And the more we went, the more they encouraged me, and that’s still how it feels today.” Moreover, Herbst cites all of them as influences on his writing, both in obvious ways – such as individuals contributing suggestions and changes to parts during rehearsals – and in subtle ways – such as how Herbst no longer sees himself writing for generic instruments, but for specific individuals with their personal touch. “When I think of this music, I don’t think, “This is the drum part.” I think, “This is Zach’s part.” And same for everyone else on the record.” Above all else, Herbst values the band as dear companions. “On a personal level, these are my friends, and I’ve learned so much from them. This relationship I think is so important, too, for bringing the music to life.” In addition to Herbst, the personnel on This Is Our Environment includes: Evan Taylor (tp, flg), Liany Mateo (b), Luther S. Allison (p), Peter Martin (g), and Zach McKinney (d).

This Is Our Environment stretches beyond the bounds of a mere album and steps into the arena of visionaries. With a call to action that both acknowledges the diversity of the human experience and reconciles this with the unity of a shared citizenship of Planet Earth, This Is Our Environment irrevocably establishes Joseph Herbst as a force to be reckoned with and a name to watch as he walks the dual-natured line of artist and activist.This Is Our Environment releases on NextLevel, an imprint of Outside in Music, now!

Next post 'Riff: The Shake Keane Story' tells the tale of an outstanding Caribbean jazz genius