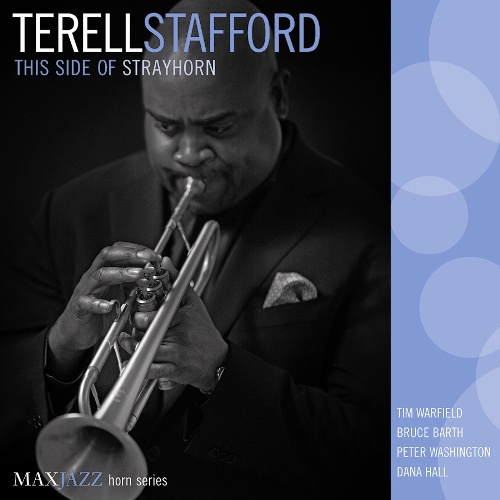 Apple Music is celebrating Black Music Month with various showcases at its retail stores around the U.S. We’re pleased to announce that trumpeter Terell Stafford will be a featured artist at this celebration. On Tuesday, June 21 at 7pm, Terell and his quintet will give a free performance at Apple’s Upper West Side location in New York (1981 Broadway and 67th). The quintet features Tim Warfield (s), Bruce Barth (p), Peter Washington (b) and Chris Beck (d). The group will perform selections from Stafford’s new MAXJAZZ recording “This Side of Strayhorn.” Did we mention… it’s free!

We’re also pleased to report that “This Side of Strayhorn” just reached #1 on the JazzWeek radio charts. In addition, the June issue of DownBeat includes a feature on Terell as well as a 4-star review of his recording. Click on our e-card to learn more about this exciting release.

“This Side of Strayhorn” is available through our store, iTunes, Amazon and other major retailers.