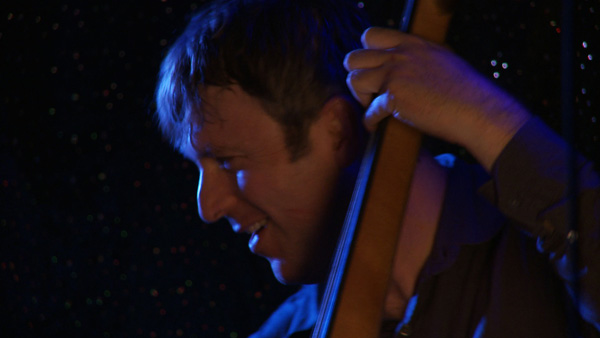 Toronto-born jazz bassist Artie Roth has been an active composer, bandleader, performer and educator in the national and international jazz communities, since his graduation from York University in 1992 with the Oscar Peterson Scholarship. After two Canada Council sponsored study tenures in New York City (1993 and 1997), Artie returned to Toronto establishing himself as one of the busiest, full-time composer/performers in Toronto. As well as leading his own group, Artie is also an active member of The Rich Underhill Group, The Bob Brough Quartet and Kollage.

As a side-person, he has been recorded on over 40 CDs including Rich Underhill’s 2003 JUNO award winning Tales from the blue lounge and 2007 JUNO nominated Kensington Suite, Sophie Milman’s JUNO nominated debut CD and Rockit 88’s 2004 JUNO nominated Too Much Fun. Artie has toured extensively, performing in theatres, festivals and jazz venues regionally, nationally and internationally. More specifically, on a national level, this touring has included dates on the east coast (2001), Quebec (2003) and Manitoba (2005) with jazz vocalist Melissa Stylianou, as well as cross-Canada tours with The Sean Bray Quartet (1995), The Rez Abassi Quartet (2000) and The Rich Underhill Group (2010). Internationally, tours in the U.S.A. have included performances with The Greg Runions Sextet featuring Kenny Wheeler (1994) and The Lynne Arriale Trio (1997).

Artie’s overseas engagements have included performances with The Flying Bulgar Klezmer Band in Germany (1996), The Steve Koven Trio in Mexico (2003) and Columbia (2005) and The Shuffle Demons tour of Europe and Scandinavia (2007). The year 2005 proved to be exciting for Artie. As well as being nominated for a National Jazz Award in the category of Bassist of the Year, he had the honour of accompanying such jazz legends as Anita O’Day, Curtis Fuller an Marcus Belgrave. In addition to his active composer/band-leading and freelance career, Artie currently holds the position of Bass Instructor at York University and is pursuing Classical Bass Studies through Toronto’s Royal Conservatory of Music.   www.artieroth.com