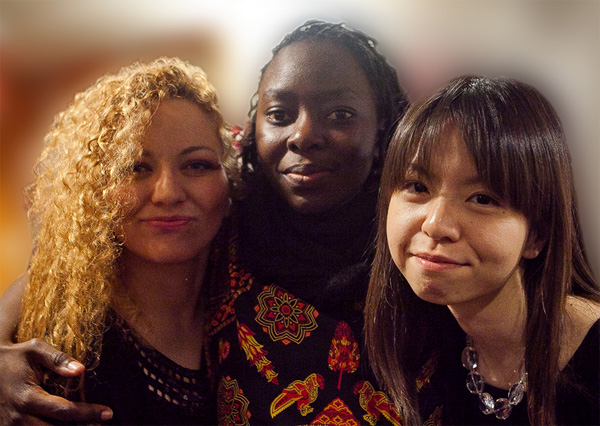 More than 70 women will grace the stage at the Berklee Performance Center when Berklee’s Women Musicians Network (WMN) presents its 16th annual concert on Thursday, March 7. Female students from countries around the world – including Indonesia, Colombia, Lithuania, India, and Norway – will showcase their songwriting, arranging, performing, producing, and engineering talents in this popular concert. The show features 13 diverse acts ranging from big band and acoustic jazz to Balkan folk, rock, poetry, and 1950s Italian doo-wop.

The Women Musicians Network concert is open to all ages, and begins at 8:15 p.m., at the Berklee Performance Center, located at 136 Massachusetts Avenue, Boston. Tickets are $8 in advance/$12 day of show, general admission, and are available online or at the box office. Please call 617 747-2261 or visit berkleebpc.com for more information.

“At WMN, we’re working to develop a very positive network where Berklee women at every stage – high school students, college students, alumnae, and faculty – can work together and make great things happen,” says Lucy Holstedt, WMN’s faculty advisor. “We’re very pleased to have CD Collins as a special guest this year. As Berklee becomes better known as a fine liberal arts college, not just a music school, we believe she is a great example of someone who has the intelligence and vision to influence students from across various disciplines.”

WMN, under the direction of Holstedt and faculty member Christiane Karam, is the only annual concert at the Berklee Performance Center presented by a student club. WMN meets weekly in the fall, not only to plan the concert but to hold film screenings and discussion nights. Guest presenters have included a music lawyer, a martial arts instructor, and singer-songwriter Peggy Seeger. WMN students have also given volunteer performances at a local women’s shelter and performed with Holstedt at a benefit concert at the Cambridge Multicultural Arts Center.