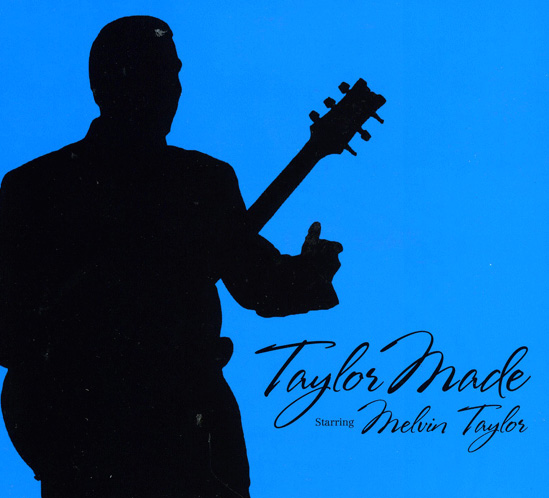 Melvin Taylor is a veteran guitar master often referred to as a guitar player’s guitarist. Folks familiar with Melvin know to expect the unexpected and he delivers on “Taylor Made”. Melvin’s love of music shines through as he crosses over many styles – mixing fluid jazz, blues, rock and soulful moments. One is dazzled by his imagination and ability to adapt to such a variety of music. From the heart of this incredible artist we realize Melvin’s complete devotion to each type of music, capturing the humanity of Melvin’s spirit. It’s “Taylor Made”.
Melvin Taylor is a Blues/Jazz/Rock guitar virtuoso. To describe the phenomenal talent of Taylor, one would have to list ‘amazing, exhilarating, skillful and dazzling, at the very least. His explosive and erupting blues based style, mixed with rock and jazz runs, leaves you breathless. He is an absolutely stunning performer, which puts him in a class with such guitar greats as Jimmy Reed, Carlos Santana, Stevie Ray Vaughn and Jimi Hendrix. Critics have written, Melvin Taylor is a volcanic guitarist; he can also rock hard and has enough sensitivity for jazz.’His execution of lightening speed runs, infused with jazz embellishments reminiscent of Wes Montgomery, George Benson, Jimi Hendrix and Kenny Burell are mind boggling. The most dynamic aspect of his unique sound is his ability to combine so many styles into well constructed solos.
“Taylor’s arsenal consists of blinding speed, a feverish wah-wah pedal, a range of tones that leaps from groans to squeals, and notes bent so dramatically that his guitar sounds like it’s retching. Taylor succeeds because he’s a virtuoso who pushes the limits of his own skills.” —Living Blues Magazine
“One of the most exhilarating blues guitarists to emerge in the past decade…[he] is more a blues innovator than a purist, mixing jazz chords and rock influences into his tapestry of electric blues.” —Rolling Stone Magazine
“A volcanic guitarist…the sort of virtuosity that drags an audience into a world of risks and chances and excitement.” —The New York Times