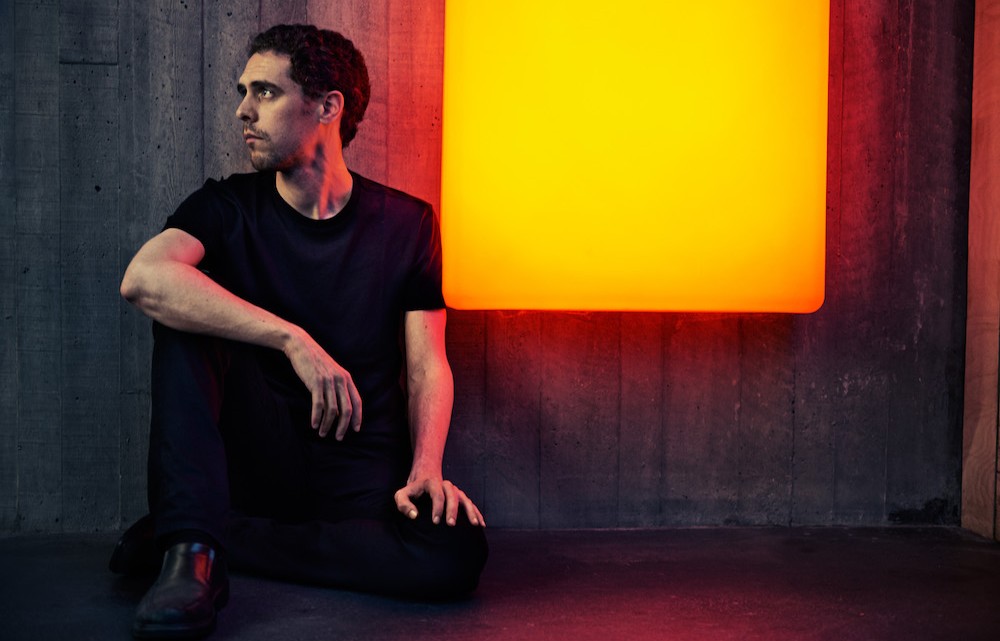 Blue Canoe Records releases “Cody Carpenter’s Interdependence”, the debut effort from Cody Carpenter on January 26th, 2018. Mr. Carpenter combines the best of 80’s synth-pop with the jazz/rock fusion of that time to create a complex, breakneck brew that both inspires and energizes.

Cody Carpenter is the son of Adrienne Barbeau, a star of film, television and the Broadway stage, and legendary Academy Award-winning writer, actor, composer, producer and director John Carpenter. The Senior Carpenter is best known for classic horror films (Halloween, The Fog, The Thing) and sci-fi thrillers (Escape From New York, Starman). As a composer, he is known for synthesizer-based pieces and is perhaps best known for the theme song to the movie Halloween (1978). It is not difficult to see how Cody Carpenter comes by his synthesizer-based compositions. Cody was introduced to his first musical instrument around the age of three and has been playing and composing original music ever since. In addition to contributing music for two of his father’s films, Vampires (1998) and Ghosts of Mars (2001), Carpenter composed and performed the full-length score for “Cigarette Burns” and “Pro-Life” in Showtime’s Masters of Horror (2005) movie series. Cody co-wrote, co-produced, and performed on the acclaimed Lost Themes (2015) and Lost Themes II (2016) with his father and Daniel Davies. In 2016 and 2017 Cody toured North America and Europe with his father and a six-piece band, performing material from both Lost Themes albums and his father’s films.

Cody Carpenter opens his debut with the expansive track “Jinrai Fuuretsu”. The Emerson Lake and Palmer drenched opener rush out of the gate like a tornado. Mr Carpenter’s driving synth melody bashes up against the phenomenal rhythm section of Scott Seiver (drums) and Jimmy Haslip (bass). Mr. Seiver has worked with current pop stars including Aimee Mann, Jack Johnson and Jason Mraz. He also drummed on Grammy award-winning recordings for Tenacious D and Flight of the Conchords. Mr. Haslip was a founding member of jazz fusion superstars The Yellowjackets and has worked with Bruce Hornsby, Chaka Khan, Al Jarreau and Donald Fagen among others. The track opens powerfully and then soars wistfully before Mr. Carpenter drives the listener back home to its powerful opening theme…only to spin back to a thoughtful passage. The track resolves only to leave the listener yearning for further insight.

Another track of note is “Thinking Of What Might Be”. Mr. Carpenter’s gracious synth melody drifts out in front of the tight, pulsating rhythmic punches. While much of Cody’s music is fairly complex, this straight-forward tune harkens a daydream on a sunny afternoon. Mr. Carpenter even steps out with a contemplative guitar solo midway through that sits perfectly afloat on the steady rhythmic offering.

Next post I CALLED HIM MORGAN TO FINALLY BE SCREENED IN HELEN MORGAN'S HOME TOWN OF WILMINGTON, NORTH CAROLINA (2/25/18) FOR BLACK HISTORY MONTH by LARRY RENI THOMAS