I CALLED HIM MORGAN TO FINALLY BE SCREENED IN HELEN MORGAN’S HOME TOWN OF WILMINGTON, NORTH CAROLINA (2/25/18) FOR BLACK HISTORY MONTH by LARRY RENI THOMAS 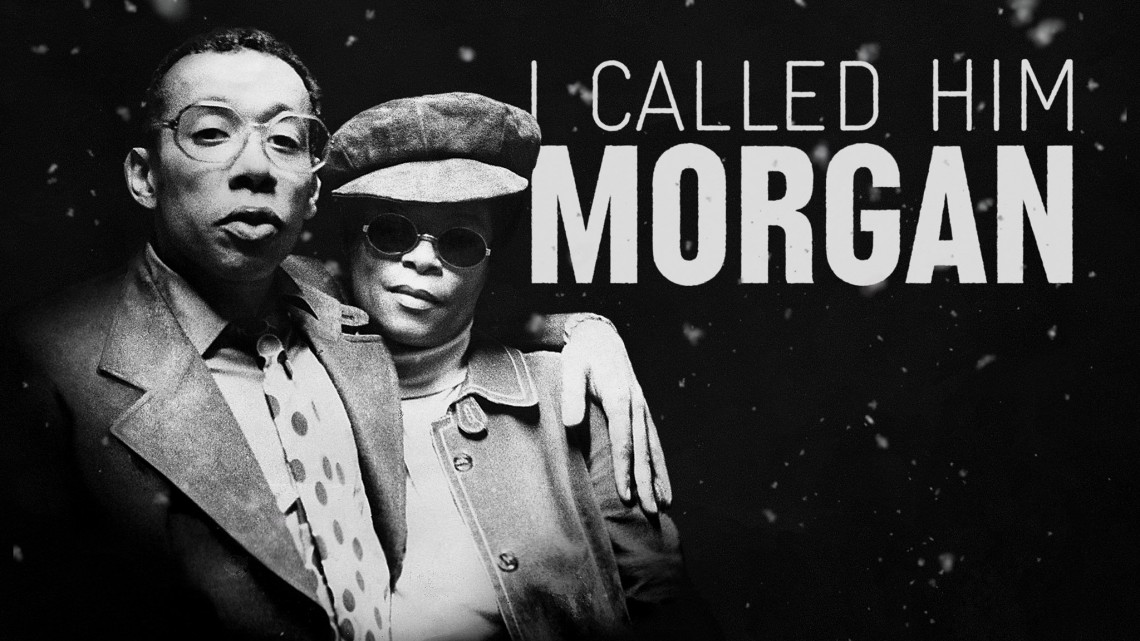 Never in a million years would I have thought that the February 1996 taped interview that I conducted in Wilmington, North Carolina, with former Wilmington, North Carolina resident, Ms. Helen Morgan would have resulted in the much-acclaimed documentary movie called “I Called Him Morgan” (www.icalledhimmorgan.com).   The 2016 film, which has been shown at all the major film festivals, including Venice, Telluride, Toronto, New York, Paris and London, is about the life, times and death of the internationally-known, talented trumpeter and composer Lee Morgan who was murdered by Helen, February 19, 1972, at a jazz club called Slug’s in New York City.  The late Helen Morgan (1926—1996), a Shallotte, North Carolina native, former Wilmington, North Carolina resident, and a member of Saint Luke AMEZ Church, died in Wilmington, North Carolina, March 1996.  She was a former student of mine when I was teaching Western Civilization at Shaw University CAPE in Wilmington, North Carolina.  Around 1989, when I found out who she was, I requested an interview.  After about seven years, she decided she would tell me her story.  As an historian, I knew it had to be done for historical significance because, as far as I knew, she had not told her side of the story to any one, not even to most of her family or friends.  She seemed to trust me for some reason, and as a result, she gave me an almost two-hour-long revealing, candid, very frank interview.  I think she sensed that she was about to die and that what she had to say was a way to get her experience out of her system, to get it off her chest, so to speak.  She had to tell it to somebody and because she realized that I was African-centered, that I knew the New York scene and I had, in her words—“been in the world,” that I was would understand her point of view. After many years of conducting oral history projects, I realized that an African-American would talk more openly and freely to another African-American as opposed to talking to a European-American.  So, I think she said things to me that she wouldn’t have said to anybody else. In 2007, I wrote an article titled, “The Lady Who Shot Lee Morgan.”  I posted it on the internet.  It went worldwide, has been posted on over twenty sites and has been translated into several different languages, including French, Dutch, German, Russian, Japanese, Turkish, Indonesian and Swedish. In 2009, I was contacted by Swedish filmmaker Kasper Collin, a Lee Morgan fan, who also produced a documentary on the late saxophonist Albert Ayler.  Kasper asked me could he use my interview in a film he was planning on the life of Lee Morgan.  I was also contacted by another film maker from San Francisco who wanted to do a “Hollywood” type movie.  I didn’t particularly think that was a good, tasteful way to honor Ms. Morgan, so, I went with Kasper.  I am so glad I did, and I am highly convinced that the movie he produced is a serious fine work of art.  Kasper is an artist in his own right, a very serious perfectionist.  Some of the scenes in Wilmington and in Shallotte in the movie were done with at least three, maybe four takes.  That’s why I call him Kasper the great! “I Called Him Morgan”  (www.icalledhimmorgan.com) was a labor of love for me and in a lot of ways it was a homage to my home town of Wilmington, North Carolina.  In 2014, I published a book titled, The Lady Who Shot Lee Morgan (KHA Books) (www.khabooks.com).   I have done several book signings since then where ever the movie has been shown.  I have been to Toronto, New York City, Washington, DC, Chicago, Los Angeles, Monterey, California and San Francisco.  Every where I go, I proudly tell people that I am from Wilmington, North Carolina and that this was a story that just literally fell in my lap.  It has been a blessing, a mildly surprising journey that proves that everybody has a tale to tell right in their own back yard.  I am very fortunate and am sure that Ms. Morgan is pleased that I was able to tell her story in a dignified manner.  She was a lady who deserved to have her story told in a clear, concise, compassionate, classy way and I think the movie did that, because in the end, I think she died of a broken heart. The Wilmington, North Carolina screening, appropriately taking place during Black History Month, will take place February 25, 2018, 5:00 pm–7:00 pm at Jengo’s Playhouse, 815 Princess Street, Wilmington, North Carolina.  The showing is being presented by The North Carolina Black Film Festival and hosted by Speller Street Films and Cucalorus Festival.  For tickets go to: https://leemorganilm.eventbrite.com.