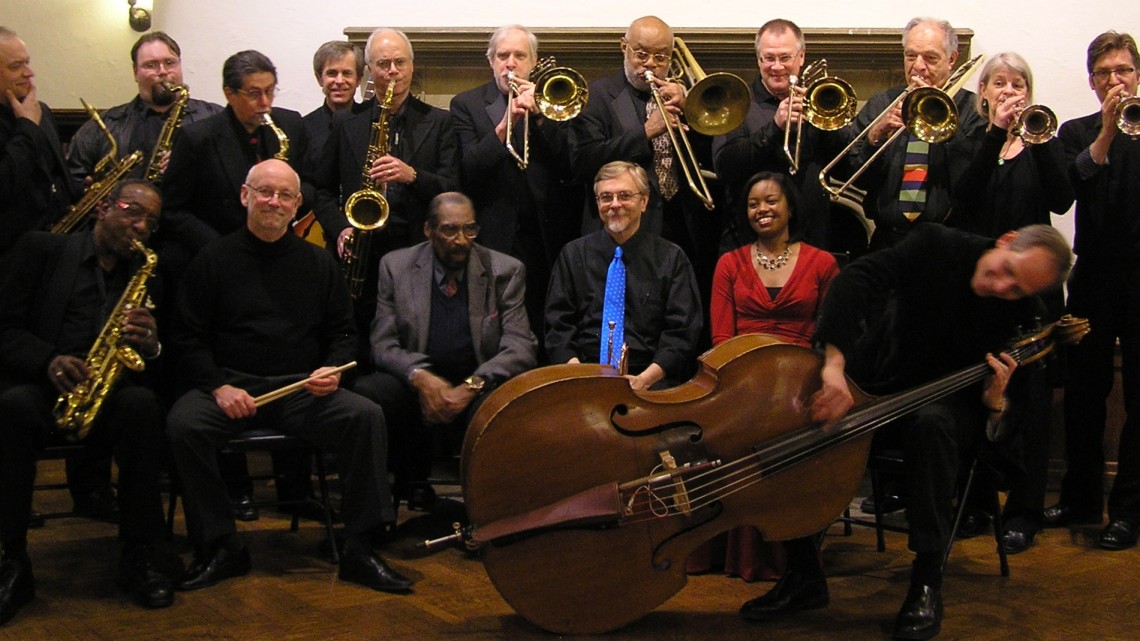 Called “stunningly beautiful and adventurous” (NYC Jazz Record) and “one of the best jazz ensembles in the world” (Jazz Podium, Germany), the Aardvark Jazz Orchestra, Mark Harvey music director, continues its 44th season on November 5, 2016 at 8:00 pm at MIT, Killian Hall. The show, called Jazz, Politics, and Ellingtonian Eloquence, is offered in conjunction with Dr. Harvey’s course on Duke Ellington at MIT (21M299). Free admission. Information: 617-452-3205. The orchestra presents facets of Ellington the statesman and social philosopher through his words and pieces like Chinoiserie from the Afro-Eurasian Eclipse Suite. Also on the program: Mark Harvey originals with a social-political resonance, including De-Evolution Blues and No Walls, an anthem to inclusiveness.

“Aardvark have an eloquence in their improvisation written inside the art of orchestration. A pity Duke and The Count can’t hear where their great art form has gotten to.” (What’s New Jazz Magazine, United Kingdom)

Aardvark is managed by Americas Musicworks. Visit us at www.aardvarkjazz.com

Next post HARLEM HIEROGLYPHS - A JAZZ, BLUES, AND BALLADS CONCERT WITH THE JAY HOGGARD QUARTET