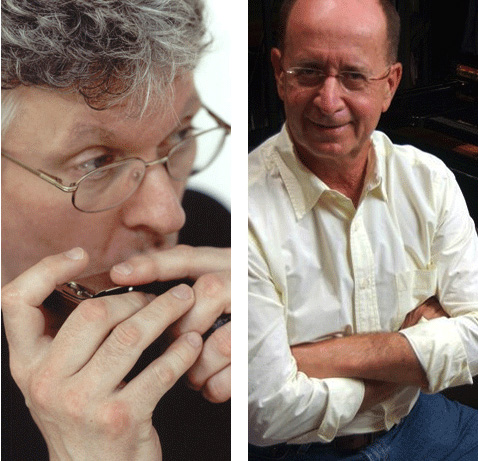 Produced and Arranged by Antonio Adolfo

The immortal composer/arranger/ pianist Tadd Dameron was once overheard telling his ensemble “It has to swing, sure, but it has to be beautiful.” That quote could be a sub-title for composer/arranger/pianist Antonio Adolfo’s brilliant new CD, Finas Misturas (fine mixtures) on AAM Music (AAM 0705). Drawing heavily on a musical history that combines his Brazilian heritage with his 40+ years in Jazz, Adolfo offers an outstanding set of four originals and six compositions by five highly notable Jazz Masters.

Antonio explains this recording’s purpose with this statement on the liner of the beautifully packaged CD: Music borders vanish, giving rise to fine musical mixtures seasoned by Jazz and Brazilian phrasing – thus, the “fine mixtures” of the CD title. But that title is equally appropriate for the extraordinary interplay and ensemble realization by these six excellent Brazilian musicians that is front and center throughout this remarkable album.

A noted composer whose music has been recorded by a wide range of artists (including Sergio Mendes, Earl Klugh, Dionne Warwick and Stevie Wonder), Adolfo has been contemplating this project for some time. His intention to subtly infuse Brazilian elements into some of these masters’ finest compositions, while retaining the complete integrity of the composers’ personal visions, is a resounding success.

Two of the magnificent John Coltrane’s most noted compositions – Giant Steps and Naima – are included here. On the former, Trane’s explosive version is replaced by a much more genteel, but no less dynamic and arresting approach. Adolfo’s arrangement incorporates a Northeastern Brazilian Baião derivation in 4/4 called Quadrilha to give the classic piece a truly Brazilian feel, opening up the harmonic structure for Antonio, Marcelo Martins’ tenor and Jorge Helder’s acoustic bass.

Likewise, his take on the gorgeous ballad Naima opens its harmonic structure to infuse that Brazilian sensibility. With Leo Amuedo’s electric guitar perfectly complementing Antonio’s piano, the deeply resonant warmth of Martins’ flute, and the dynamic subtlety of Rafael Barata’s percussion, Naima is both exciting and breathtakingly beautiful.

Martins’ tenor – so organically acoustic that it often seems to be made of wood rather than metal – is also featured on the Dizzy Gillespie standard Con Alma, here given a delightful Bossa Nova feel. Featuring the full sextet, the piano and Claudio Spiewak’s acoustic guitar create a soft rhythmic bed for a soulful electric guitar solo and a fluent, vibrant tenor solo. Adolfo’s introspective segue sets a shift that takes the piece out over dynamically insistent rhythms.

It makes sense that pianist/composers would be among the composers selected by Antonio, and here there are three – Chick Corea, Keith Jarrett and one of Antonio’s most profound influences, Bill Evans.

Jarrett’s Memories of Tomorrow, authentically composed by Jarrett in the slow/medium tempo Toada style – a form that Adolfo was partly responsible for returning to prominence in the late ‘60s – receives a wonderful piano/electric guitar duo interpretation. Crystal Silence by Corea (with Neville Potter) is an intricately crafted composition that combines Bossa, Spanish and Jazz influences. With cascading acoustic guitar, subtly rhythmic bass punctuations and shimmering percussion all contributing to the beautifully suspended rhythmic thrust, the effect is truly crystalline.

Evans’ Time Remembered (which closes the album) is a gem of filigree beauty and impressionistic rhythm peppered with a touch of Samba. Masterful piano, warmly fluent flute, and stunning rhythmic dynamism smolder to one gentle crescendo after another without ever sacrificing the core of delicate beauty that is the essence of the piece.

The four Adolfo originals that comprise the remainder of the album are designed to allow each composition to progress seamlessly into the improvisational exploration, dismissing the standard theme/improve/theme formula.
Floresta Azul (Blue Forest) which opens the album, is a medium tempo Toada featuring flute and piano built on suspended chords, stoked by the prodding electric guitar, deeply wooded bass and highly empathetic drums. Balada (Ballad) was originally composed in the ‘70s and opens with the orchestral sound of the piano unfolding over perfect guitar accents, warm bass wood and gently cascading cymbals. Três Meninos (Three Little Boys) fuses Baião, Samba and Calango in a deliciously staccato theme with exceptional electric guitar, piano and bass solos, and then going out in a party atmosphere called Forró (For All).

But it’s Misturando (Mixing) that probably best emphasizes the spirit of this wonderful album – collective improvisation at its best. The full masterful ensemble, all embracing the nearly telepathic interplay that permeates this entire album, combining stylistic and cultural elements within the framework of a group of musicians who know each other well and deeply understand each other through both longtime experience and emotional common ground. Solos emerge from the collective blend, sometimes an interlude and sometimes not even heard as such, but just an occasional dominant sound emerging from the perfect mix. It can be said of this piece and the entire album, ensemble playing of the highest order.

This is his 5th CD for AAM Music (two with his daughter, the remarkable vocalist Carol Saboya)