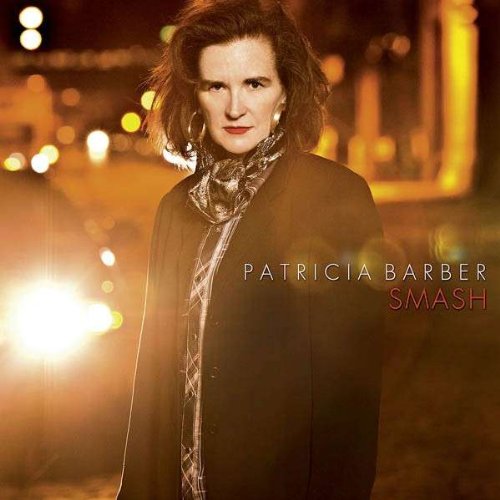 Fortunately for us, Patricia Barber has recorded again, now for the first time on the Concord label after being without a recording contract. Producer Nick Phillips’s pursuit of signing Barber succeeded, and she thus receives the promotion and distribution she deserves as she continues to gain recognition as one of the independent spirits of jazz.

The accessibility of Barber’s songs belies the strength of her lyrics, unrealized until a phrase or image grasps the listener’s attention with a well-described scene or a jarring choice of words. That is to say, Barber’s meaningful lyrics aren’t what people are used to hearing in songs. The arresting characteristics of Barber’s words engage the intellect and implicitly call attention to the dearth of quality in much songwriting. The regret stirred by Barber’s music is that so little originality exists in other songs we hear.

Original Barber is. Who else would record Mythologies, a commercial album of songs inspired by the Roman poet Ovid? I haven’t heard anyone refer to Ovid since high school Latin class. Now, for Smash, Barber has chosen the themes of love and loss. And though Barber combines various influences to catalyze a new element, as do other originals, the result is the unexpected.

For example, Barber’s talent for expressing herself through jazz piano, reflecting her own personality but borrowing from her jazz and blues piano predecessors, remains evident. On “Bashful,” the performance consists of entirely a piano trio exploration without voice. Previously, Barber had paid tribute to Jacky Terrason’s technique and spirit in her piece entitled “Like JT.” Sure enough, in “Bashful,” there are brief reminders of Terrason’s I Love Paris” style, as bassist Larry Kohut and drummer Jon Deitemyer integrate the performance into a sonic whole.

But Patricia Barber is a songwriter, lyricist, vocalist and accompanist wrapped up into one package. In addition, as her tribute to Ovid would suggest, she’s a poet too, although Barber doth protest such a description. Sayeth she: “I am a songwriter, which is not the same thing as a poet.” But she sings the poetry she writes, and she brings to life poetic imagination with concise, insightful poetic language.

Even though Barber’s modesty rejects the description of her work as that of a poet, she writes in strict poetic cadence three of the songs on Smash. The haunting, minor-key film-nourish “Spring Song” conveys in groups of trisyllables loneliness through images of nature, unchangeing despite the changes of companionship: “His absence / Fills the pail / Like water / To the brim.” “The Wind Song” doubles that concept of syllabification by building its rhythm in lines of six syllables, not as an exercise in cleverness, but as a poetic expression of spiritual and physical revelations emerging from mystery: “Something shaking the trees / Beyond the ocean wave’s crest / Movement nobody sees / ‘Til change is manifest.” And then there’s “The Swim” in disyllables, a pattern which seems to be natural for speech and poetry and music. “Let’s lie / Let’s wait / Here for / The moon / To light / The shore / To swim / To sleep.” After all, “Corcovado” and “The Best Is Yet to Come” were composed naturally in lyrical units of two without conscious reference to a rhythmic framework.

The fact that Barber writes lyrics as cadenced and sometimes rhymed words as brief metaphorical descriptions of the human condition brings attention to the balance between the nature of a poet and that of a songwriter. At high levels, as with Barber’s works, the description may be subjectively decided. Or the separation between poet and songwriter may be artificial if, in the end, they are one and the same.

Barber’s final song on Smash, “Missing,” strikes me as an effective, affecting and logically constructed song, not a poem, as is the narratively short and well written song, “Goodbye” by Patsy Moore. Composed of short evocadtions of each of the four seasons, “Missing” doesn’t shock the listener into awareness or set up unique perceptions of everyday events, as does “Smash” or “Redshift.” Rather, “Missing” sounds more like a romantic tune that reaches out to the audience’s emotions and that contains a melodic quality that other performers would pick up for their own future recordings.

On the other hand, “Smash” presents poetic hyperbolic images representing heartbreak. “Tall castles built / On kisses and blood / And dreams so like sand.” The hurt of rejection compared to the crumbling destruction of a castle?

Also, I get a kick out of Barber’s lyrical reference to Einstein and her equating of physics to human attraction and then again to rejection in “Redshift,” sung as a bossa nova. “I see the wavelengths increasing / Gravity belies / Sentimental ties… / And by degrees I see / You are leaving me.” Speaking of take-notice name-dropping, Barber does it again on the album’s opening track, “Code Cool,” when she figuratively sings, “I’m Michaelangelo’s David / Tested and worn,” thereby expressing the negative paradox that everyday activity involves less substance and joy than it could have.

As intriguing as her lyrics may be, Barber’s appeal lies in the musicality of her performances, and she sings with a new Chicago band as tuned in to her imagination as was her previous one. “Devil’s Food,” in particular, showcases their like-mindedness as the back-up musicians bring to the surface the tensions of Barber’s lyrics, from Deitemyer’s crisp pattern to Kohut’s throbbing one-note bass vamp. More than that, each of the musicians, including guitarist John Kregor, not to mention Barber on piano, receive the opportunity to stretch out as the mood of the piece changes. Same with “Code Cool,” which commences with a drum-and-bass intro similar to that of “Devil’s Food.” However, after the second chorus, with Kregor’s effects, the music stretches into a soundscape that changes the mood of the piece into rubato rumination with lines like “I read eyes like books / Read books like science.”

With Barber’s background in jazz and classical music, she continues to make poetry (though she doesn’t call it that) accessible and singable and memorable and modern and cool and universal.