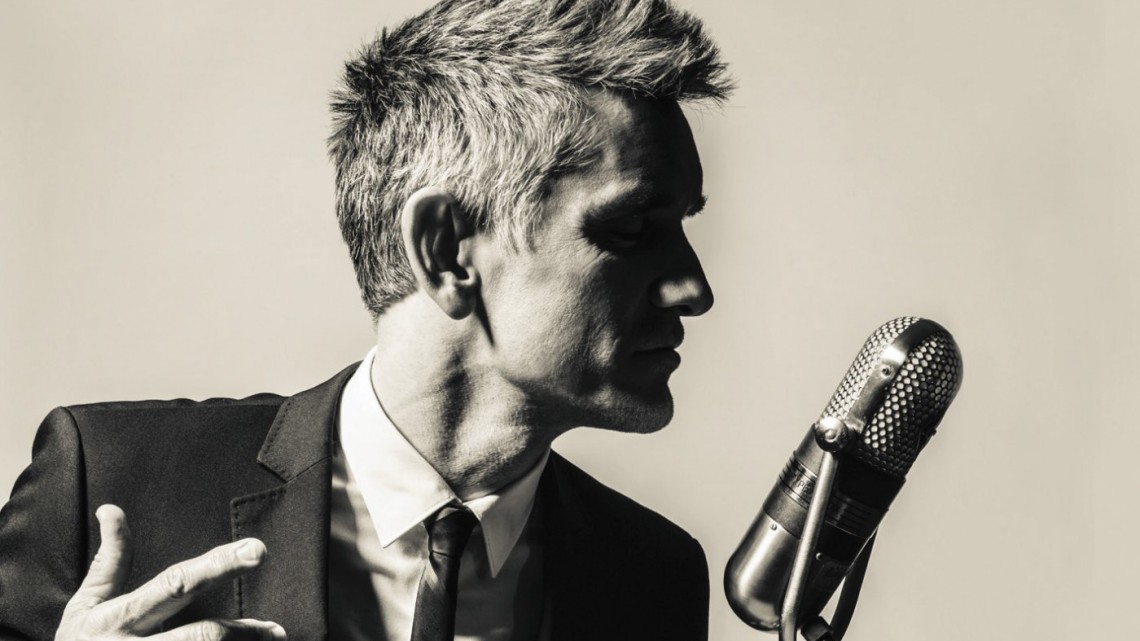 Curtis Stigers is back with his eighth Concord album, and this time his subject is that universal inspiration for lyrics and music: love. With so many song titles to choose from, which ten does he narrow it down to? Well, there’s the stand-by, “Our Love Is Here to Stay,” which starts the album as Stigers sings the first rubato chorus with pianist Matthew Fries before settling into the solid chorded rhythm provided by guitarist Matt Munisteri. Eventually, the song becomes an opportunity to introduce all the members of his band as trumpeter John Schneider and Stigers himself effortlessly take Neal Hefti-like choruses. The same tempo, mood and sentiment continue on the next track, Steve Earle’s “Valentine’s Day,” which sympathizes with one of Stigers’s favorite charaters, the flawed individual who eventually redeems himself. In this case, the protagonist forgets again about delivering sentiments on Valentine’s Day to someone “who loved me every day.” The album includes three original songs attributed to Stigers, including the title song which attains an insouciant Broadway plot-development feel, as he “has a crazy little urge to sing sing sing” about love. His “Give Your Heart to Me,” kicked off with brief brush work by drummer Keith Hall plus Munisteri’s strumming on guitar, attains an old-fashioned innocence with lyrics like “you give that little star its twinkle.” Indeed, except when he lays out on songs like “Our Love Is Here to Stay,” the recording session for Hooray for Love didn’t even require that Hall bring his sticks, as his brushes shish-shish and puh-tuh-puh-tuh through the entire album as her underplays percussiveness in deference to words and melody. Stigers’s third composition, the jaunty “A Matter of Time,” is as typically succinct as the others, a happy-go-lucky expression of confidence in winning over the girl of his pursuit as “it will only be a matter of time.” Stigers recruited Thelonious Monk International Jazz Vocals finalist Cyrille Aimée to be the female half of the duet in “You Make Me Feel So Young,” which of course involves the coquettish repartee as Aimée lyrically flirts with such lines as “the moment I hear you speak / I want to go play hide and seek.” As the band plays the middle chorus, Aimée trades four bars of scatting with another four of horn-led melody. Overall, the natural groove that Stigers infuses in songs like “If I Were a Bell” provides evidence of his natural ability to put listeners at ease with memorable versions of songs he enjoys. Stigers’s record of doing so climbs with an uninterrupted expansion of his Concord recordings, now continued with Hooray for Love.