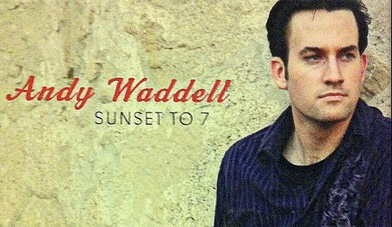 Andy Waddell’s unique and edgy sound cuts through glass and turns heads no matter who he performs with. Over the years he has developed an intense style of writing and arranging that has truly become his own. His playing stands out as an extremely progressive approach to jazz that is rare to the west coast. His modern style of writing and arranging has been identified as incredibly deep both harmonically and melodically, while still being grounded in the roots of traditional jazz, with his broad and extensive vocabulary.

After working for many years as a sideman, Andy recently recorded this debut album (Sunset to 7) under his own name.