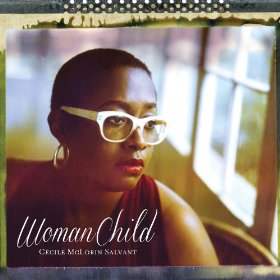 When Cécile McLorin Salvant arrived at the Kennedy Center in Washington, DC to compete in the finals of the 2010 Thelonious Monk International Jazz Competition, she was not only the youngest finalist, but also a mystery woman with the most unusual background of any of the participants. When she walked away with first place in the jazz world’s most prestigious contest, the buzz began almost immediately. If anything, it has intensified in the months leading up to the launch of her Mack Avenue Records debut, WomanChild.

“She has poise, elegance, soul, humor, sensuality, power, virtuosity, range, insight, intelligence, depth and grace,” Wynton Marsalis asserts. “I’ve never heard a singer of her generation who has such a command of styles,” remarks pianist Aaron Diehl. “She radiates authority,” critic Ben Ratliff wrote in The New York Times in response to one of her post-competition performances, and a few weeks later his colleague Stephen Holden announced that “Ms. McLorin Salvant has it all…. If anyone can extend the lineage of the Big Three—Billie Holiday, Sarah Vaughan and Ella Fitzgerald—it is this 23-year-old virtuoso.”