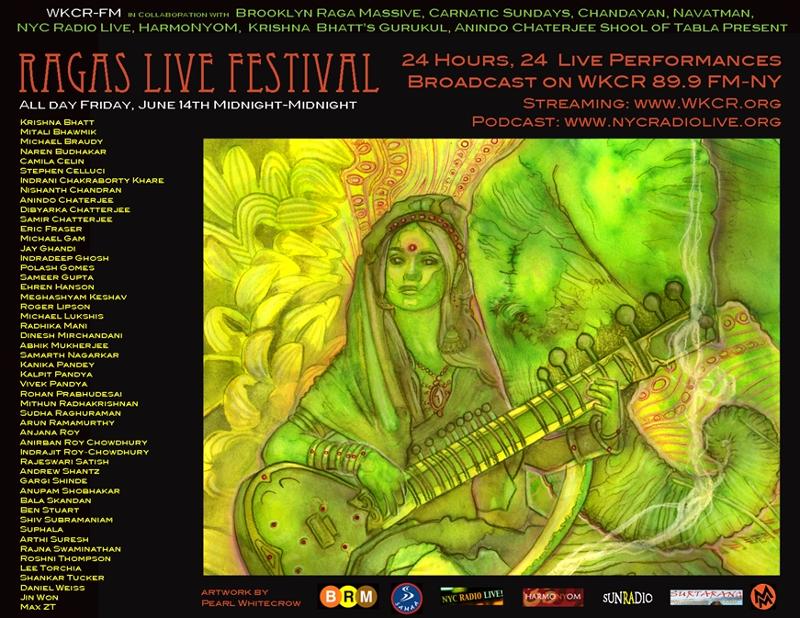 Lee Torchia,  Kirana Gharana Vocalist, is a 20-year disciple of Pandit Pran Nath, Master of North Indian Classical Vocal Music and disciple of the legendary Ustad Abdul Waheed Khan. She traveled often with him to India and performed and taught with him in Paris. She also studied with his famous disciples, composers La Monte Young and Terry Riley.  They are among the highest authorities of the American Minimalist and Microtonal traditions.

Lee has also been deeply involved in the New York Jazz scene.  She received a National Endowment of the Arts Fellowship and recorded the CD: Loverman, A Tribute to Billie Holiday, widely available on the Web.  The all-star rhythm section includes the composer, Roger “Ram” Ramirez on piano; Milt “The Judge” Hinton on bass; and the legendary Mel Lewis on drums.  Ricky Ford is the scintilating saxophonist.   Lee is committed to both the Jazz and Raga Classical art forms, and has developed an East/West fusion style called JazzRaga.   http://www.jazzraga.com

Kirana gharana focuses on the slow unfolding of the precise pitches of the raga to connect the breath to the Divine.  Kirana lineage is influenced by Dhrupad with its emphasis on long alap, ati-ati vilambit compositions, and by Khayal with it’s tradition of imaginative swara improvisation.  Lee has performed solo Hindustani Classical Vocal concerts at the Bruno Walter Auditorium at Lincoln Center, Pace University, Penn State Scranton, Pratt Institute, and others, as well as ashrams and spiritual sites in India.  She was adjunct faculty at the New School University Jazz Department, and continues to perform, lecture and teach raga singing. Lee accompanies herself with the traditional string drone instrument, the tambura.

Polash Gomes is an accomplished tabla player in New York area. He follows the line of the distinguished Lucknow baj a disciple of Dr. Mrinal Pal, a senior disciple of Khanshaib Ustad Afaq Hussain Khan of Lucknow Gharana. He has also studied tabla under Pandit Swapan Chaudhri. He has performed for the United Nations, Brooklyn Museum, Ruben Museum, Asia Society-NY, Columbia University, Bucknell University, Tibet House, and more. He is the founder of Rageshree Music institute, a not-for-profit organization dedicated to the dissemination of Indian Music in the West.