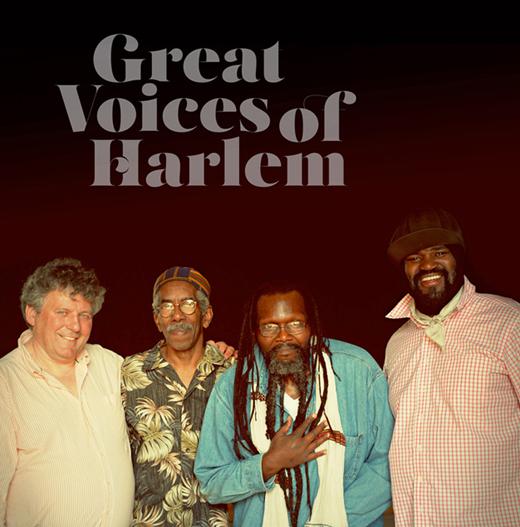 Those of us who know better laughed, snickered, recently, when we read in Downbeat magazine that Harlem-based vocalist extraordinaire Mansur Scott was a “rising star.” We will agree, however, that he is definitely a “star” because he always shines when he sings. His first album, Sometimes Forgotten Sometimes Remembered (Pao Records, 2010), was excellent and caught the attention of a great deal of music lovers. His latest recording, Great Voices Of Harlem (Pao Records) includes two other singers, Gregory Porter and Donald Smith, who shine, too. Porter, he of the velvety- heavily-church influenced chops, who is one of hottest acts on the scene now, sings blissfully on three tunes: “Moanin,” “Somewhere Over The Rainbow” and “Mona Lisa.” Donald Smith, an immensely talented and gifted vocalist and pianist, one the many unsung and unheralded heroes of music, sounds wonderful, on an updated version of his brother Lonnie Liston Smith’s “Expansions,” which asked the listener to “expand your mind, so we can all live in peace.” Smith also does a masterful job on “My One And Only Love.” But, on this soulful, thought-provoking, CD, Mansur Scott is the one that stands out. After all, his distinctive, hearty voice is on seven of the twelve cuts on this Austrian-recorded, must-get album of mostly standards, and well-used tunes. Scott’s intro on Horace Silver’s “Peace” begins with the words: shalom, salaam, and peace. Then he sings the lyrics with his one and only superb vocal twist and turns and from that moment on he sets the pace for the entire earthy recording session. To say that his treatment of the tune is spell-binding would be an understatement. He voice sounds like a serious call for a peaceful time, and for those of us who know him know that’s how he answers the phone. He doesn’t say hello, he says “peace.” Mansur is also outstanding on the classic Horace Silver composition “Song For My Father,” on the bluesy ballad “Stella By Starlight, as well as the upbeat “Days Of Wine And Roses.” The band, the Austrian-based Paul Zauner Blue Band, backs him up quite nicely with serious solos from all the band members, especially the saxophonist Kelmens Pliems. But, it is his story telling on “Doing Hard Time” that is one of the high points of Great Voices Of Harlem. Nothing beats personal experience or a heart-tugging story. Mansur’s tale is his and his alone, but, it could also be yours is the message behind the madness of working on a prison chain gang. In other words, there is lesson to be learned and Mansur doesn’t mind tell it, especially if might help humanity. His vehicle is his voice and “Doing Hard Time” works well on those who choose to listen. We can hardly wait for next album Throw It Away (Pao) (due 2014), to be released. It may be one of the most highly-anticipated albums of the year because it helps continue his journey from being one of the hardest working, well-known, Afrikan locks wearing vocalist in Harlem to one the hardest working in the world. The best is yet to come!