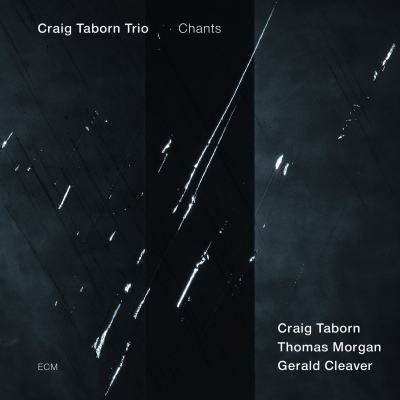 Recently hailed by Down Beat as “one of the visionaries of the current wave”, Craig Taborn has a unique perspective on creative music-making. Just as Avenging Angel subverted expectations of solo improvised piano, so does “Chants” find its own response to the vast tradition of the piano trio. The pieces that Taborn has been writing for the band in the eight years of its existence are set up to generate a new group music by channelling the special skills of drummer Gerald Cleaver and bassist Thomas Morgan. “I knew that if I created a context and then deferred, fully, to Gerald’s and Thomas’s sensibilities it would inherently be stimulating and would also challenge the context. I wanted to invite that challenge: I’d much rather engage with the group, always, than have the format be ‘piano adventures with supporting cast’”. Morgan and Cleaver share the leader’s concern for compositional shape and multi-layered improvisational detail, as the music is pulled between the poles of density and spaciousness, to dramatic and thrilling effect. “Chants” was recorded in New York in June 2012, and produced by Manfred Eicher. Its release is accompanied by international touring with concerts in Germany, Austria, the Netherlands, Belgium and the US.