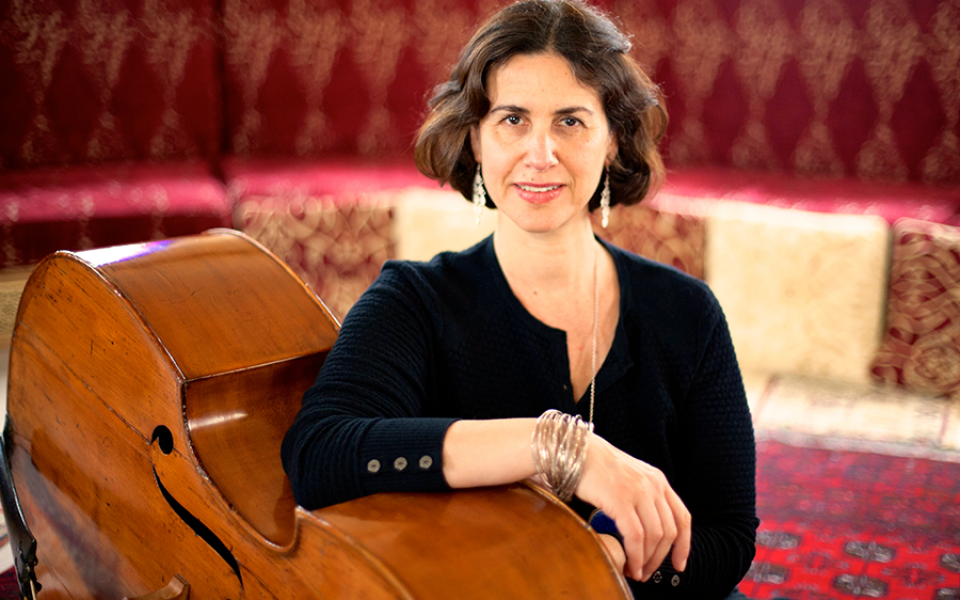 Joining them will be special guest Indian violinist, Jyoti Srikanth, on what promises to be an exciting afternoon open to all ages, titled: “Balkan Jazz meets Indian Carnatic Music”. Sadeh studied classical music at the Manhattan School of Music in New York before joining the East West Ensemble back home in Israel with whom she toured extensively while imbibing the rhythmic traditions of Middle Eastern and Arabic music. She later co-led the all-female group ‘Eve’s Women’, which embraced jazz, klezmer and rock. Her relocation to London in 2002 saw the release of “Out of Border”. The success of this album led to the formation of The Voyagers in 2003. This spawned “Walking the Line” (2007) and “Reconciliation”, the latter being released on John Zorn’s Tzadik label.

Daphna Sadeh’s artistry is virtually uncategorisable given the myriad influences it has absorbed and embodies. What is certain is her passion and virtuosity as a bass player. She has established a powerful presence on the UK music scene and further afield and continues to seek opportunities for creative melodic collaborations.