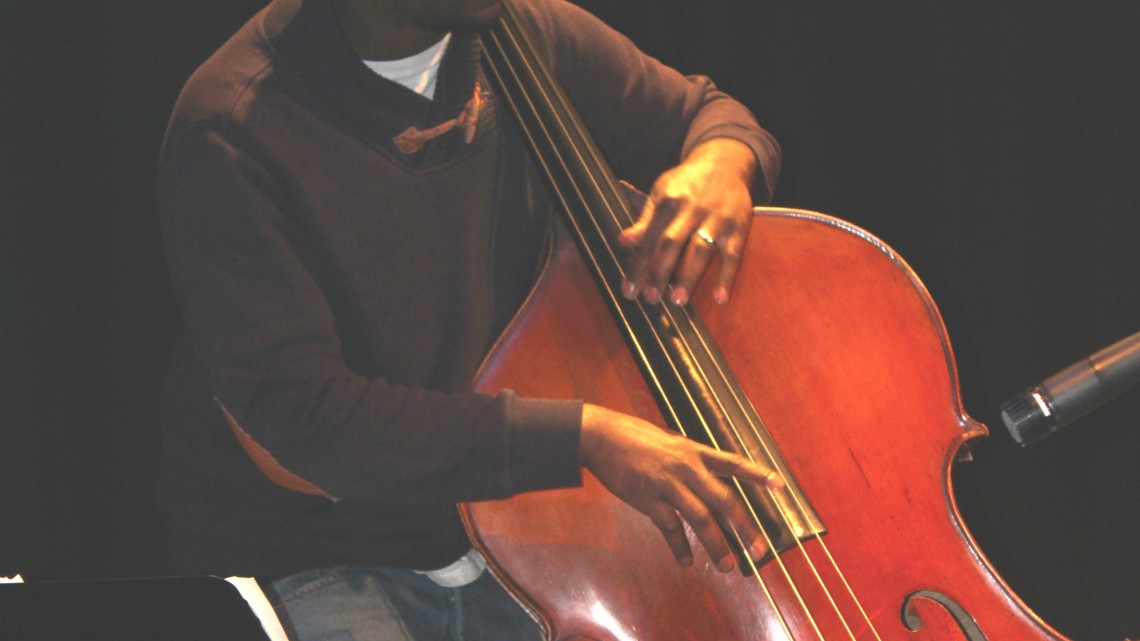 They kicked off their session with a very intense rendition of the Jerome Moross/John La Touche chestnut, Lazy Afternoon.

Tunes such as Perpetual Scenario, Lullaby for the Lost, Lucky To Be Me, City Life and Wonderland, wonderfully showcased the melodic and improvisational strengths of Harrison and Casimir (winner of the 2016 Musicians’ Company Young Jazz Musician Competition).

That said, the focus remained on Lyttle who thrilled the small but intimate audience with his dazzling poly-rhythms, creative cymbal dynamics, and sensitive brushwork.

Using his open palms on After the Flood in a wizardly whirr across the toms and snare, it was readily apparent that he has earned his place in the jazz drums lineage established by artists like Max Roach, Elvin Jones and Art Blakey.

Facebook Emancipation was one of the evening’s most interesting performances.

As if to illustrate the sometimes annoying and distracting aspects of contemporary digital culture, the trio members in turn abruptly (and hilariously) stopped playing – pulling their mobile phones out of their pockets to check text and Facebook messages.

Lyttle, born in Warinsgtown, Co. Armagh in Northern Ireland, is a musical chameleon with the ability to traverse seamlessly between genres and the personas of drummer, recording artist, composer and record label owner.

He holds a PhD in musicology from the University of Ulster.

David’s 2015 album, ‘Faces’ (a tasteful pot-pourri of jazz, funk, hip-hop and News Orleans Second Line rhythms featuring the likes of Joe Lovano, Cleveland Watkiss and Talib Kweli) won the favourable attention of no less than Rolling Stone magazine. He was nominated for a MOBO Award for Best Jazz Album in October 2015.