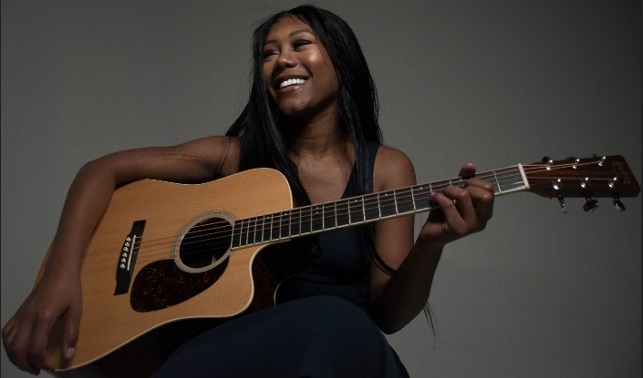 Enrollment deadline for the 23rd Annual USA Songwriting Competition is fast approaching, May 31st is the deadline to enter the competition. Songwriters and Composers vie for a chance to win a top prize of $50,000 worth of cash and merchandise such as music gear. Winning songs will be receiving radio airplay. Songwriters can enter in 15 different song categories such as: Pop, Rock/Alt, Folk, R&B, Hip-Hop, Jazz, Instrumental, etc.

CURRENT WINNERS
Priscilla Renea Hairston (see pictured) of Los Angeles, California has won the Overall Grand Prize and First Prize in the Pop category in the 22nd Annual USA Songwriting Competition with her song “Family Tree” along with songwriters Boots Ottstad and Ben Burgess. This is her first win in any Songwriting Competition. Her winning song “Family Tree” is a touching mid-tempo song based on a true story on Priscilla’s turbulent early life.

Additionally, she co-wrote a song “Love So Soft”, which was recorded by Kelly Clarkson, received a nomination for Best Pop Solo Performance at the 60th Annual Grammy Awards. The song hit #47 on the Billboard Hot 100 Charts.

Priscilla was signed to Capitol Records in 2009. She is also a professional songwriter, her songs she has written reads like who-who’s in Pop music. Her songs were recorded by Rihanna, Mariah Carey, Fifth Harmony, Demi Lovato, Rihanna, Madonna, Selena Gomez and Chris Brown. Several of her songs have hit the Billboard Hot 100 Charts.

The Overall Second Prize went to Folk songwriters Hope Schneir and Justin Schneir of Camarillo, CA with their song “Lay You Down”.

The Overall Third Prize went to Aubrey Logan and Lisa Cole Bass of Bellevue, WA with her song “Pity Party”. This is the fifth consecutive year that all top 3 winning songs are written by more than one songwriter.

ABOUT USA SONGWRITING COMPETITION
USA Songwriting Competition has been honoring songwriters from all over the world. Winners came from Australia, Japan, Canada, UK, Germany, Brazil, South Africa, USA, etc. Past winners have gotten recording contracts, getting their songs on film, TV as well as getting cuts with major artists. The 2013 Top winner rock band “American Authors” hit #1 on the Billboard Charts and went Double Platinum, selling over 2 million copies. The 2007 winner Air Gold hit Top 10 on the Billboard charts with his winning song 6 months after his win. The 2005 Winner of the Country category had his winning song cut by Country Superstar Faith Hill. The 2005 winner of the Pop category was signed by Interscope Records. Our 2008 winner appeared on David Letterman TV show and got signed to a record label.

This is a great opportunity for songwriters to catapult yourself to the next level. Deadline to enter is May 31st. For more information, visit: