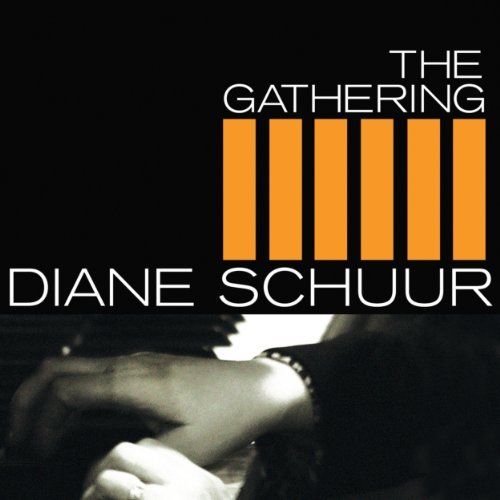 The Gathering is a collection of 10 classic country songs, mostly written during the golden era of the 1960s, and is the first time Schuur has featured this genre of music. On selections like Willie Nelson’s “Healing Hands of Time,” Roger Miller’s “When Two Worlds Collide,” Merle Haggard’s “Today I Started Loving You Again” and Tammy Wynette’s “Til I Can Make It on My Own,” Schuur’s great vocal versatility shines through.

The Gathering was recorded almost entirely in one day in early December in Nashville, TN. The singer has always wanted to record there and work with some of the city’s top musicians. Her new association with Vanguard allowed her to achieve that dream. “I knew when the label approached me it was time to do something I always wanted to do,” Schuur says, “and the way it came together seems like magic.” The album sessions started at 9 a.m. on December 6th, 2010, and by late afternoon all ten songs had been completed. Produced by Music City veteran Steve Buckingham, almost all the recording was done totally live, and most of the finished versions on the album are first takes. Other songs on The Gathering include “Why Can’t He Be You,” “Beneath Still Waters,” “Don’t Touch Me,” “’Til I Get It Right,” “Am I That Easy to Forget,” and “Nobody Wins.”

Vocalist/Pianist Diane ‘Deedles’ Schuur has built a stellar career by embracing and exploring nearly every corner of the 20th century American musical landscape. Her expressive and powerful vocal deliveries have placed her amongst jazz greats such as Dinah Washington, Ella Fitzgerald and Sarah Vaughn. Schuur has performed in some of the most prestigious venues including New York’s Carnegie Hall, the Kennedy Center and twice at the White House.

With an illustrious recording career that began in the 1980s, Schuur has received numerous awards including two Grammys: Timeless (1986) and Diane Schuur and the Count Basie Orchestra (1987). The recording with the Basie Orchestra spent an impressive 33 consecutive weeks at No. 1 on the Billboard Jazz charts and received three Grammy nominations: Pure Schuur (1991—which reached the No. 1 spot on the Contemporary Jazz charts), Love Songs (1993) and ‘The Christmas Song’ from the compilation album Christmas Collection (1993).

She has proven her staying power with a steady flow of releases including Heart To Heart—a collaborative recording with B.B. King that entered the Billboard Jazz charts at No. 1, Love Walked In, Swingin’ For Schuur with Maynard Ferguson, Midnight (produced by Barry Manilow), Schuur Fire with the Caribbean Jazz Project and Some Other Time, a tribute to her late mother.