Falling in love with the melody 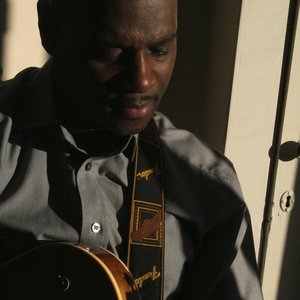 On his most recent CD, My Favourite Tunes Vol 1, jazz guitarist Edison Herbert reveals his passion for melody. With the core support of bassist Neville Malcolm and drummer Winston Clifford, Herbert gives listeners more than a taste of his considerable strengths.

Straight out of the gates with Stevie Wonder’s ‘Love’s in need of love today’ on track 1, Herbert’s upbeat and airy interpretation is an immediate winner. The 1970s are conjured up vividly via his spirited electric strumming and plucking.

Herbert, a product of the Leeds College of Music and London’s Guildhall School of Music, is a notable all-rounder who composes compelling music. The evidence of this is plain to discern on this remarkable CD. ‘Early Days’, for instance, which brings to the foreground the lovely vocals of Wayne Boucaud, shows off Herbert as the sensitive accompanist, backing the singer with spare and effective acoustic guitar chords.

Listeners are left in little doubt of the steadying influences Charlie Christian, Wes Montgomery, Grant Green and George Benson on Herbert’s playing. These come to the fore on ‘Is this it?’, a kinetic Be Bop original.

Joe Sample’s ‘Paintings’ gets two bites of the apple (on track 6 and reprised on track 10) featuring two innovative pianists, Norman Clarke and Graham Maynard, respectively. The Track 6 version carries a lilting and attractive reggae accent which is certain to delight fans of the piece.

Edison Herbert is one of the UK’s foremost jazz guitarists. We eagerly await volume 2.