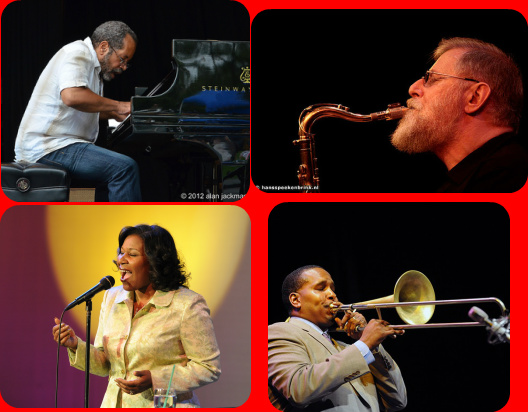 “I love jazz,” says restaurateur Alvin Clayton, “especially because it mirrors the diversity we aspire to at Alvin & Friends. We’ve featured jazz live in the main room, which now has a grand piano. We play jazz every day through the restaurant speakers, and my artwork on the walls is inspired by the music too. Westchester deserves a home for high-level jazz, and we intend to be that home.”

Roscoe’s Room will serve Alvin’s signature Southern and Caribbean flavored cuisine and cocktails in the 80-seat venue. The evening will have two sets, 7:30 and 9:30 pm, and will feature a caliber of artistry in New Rochelle most often associated with Manhattan jazz venues.

“Most of our productions have been in New York City, so we’re especially happy to produce the fine art of jazz in New Rochelle at one of the most acclaimed new restaurants in the Hudson Valley,” says Jewel of G&J Productions. “We’ve known Alvin and Gwen Clayton since they opened their first location,” adds Greg. “In fact, the very first time I met Alvin, the great trumpeter Clifford Brown was being broadcast in the restaurant. I knew I was in the right place right then.”

Roscoe’s Room for Friday night jazz at Alvin & Friends, located at 14 Memorial Highway in New Rochelle, NY, is the right place to be, for acts such as:

Kicking off the Friday night jazz series in Roscoe’s Room, Grammy nominated arranger and pianist Nat Adderley Jr. will front a close-knit, swinging trio. The former Musical Director for Luther Vandross comes from a famous jazz family (father Nat Sr. was trumpeter in a group led by his uncle Cannonball Adderley), so he’s returned to his roots and will sing too. His jazz renditions of standards and R&B classics are instant crowd-pleasers!

Due to limited seating, tickets should be purchased in advance here or by calling 917 504-0040.

Alvin & Friends – Zagat rated 26 for food, 26 for décor and 26 for service, and named by Westchester Magazine as one of the “Best of Westchester” for 2013 – offers a menu influenced by Southern and Caribbean flavors in a sophisticated space both elegant and comfortable. Two blocks from the New Rochelle MetroNorth station, Alvin & Friends is a convenient 25 minutes from NYC. Parking is available in the municipal lot across the street and in the adjacent Avalon on the Sound East garage.

G&J Productions is a full service events and production management partnership run by Greg Thomas and Jewel Kinch-Thomas, who together bring over 25 years of experience to this business. G&J handles all aspects from event design to production and execution.

WHAT: Jazz Series in Roscoe’s Room at Alvin & Friends Restaurant 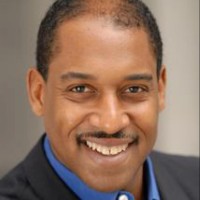