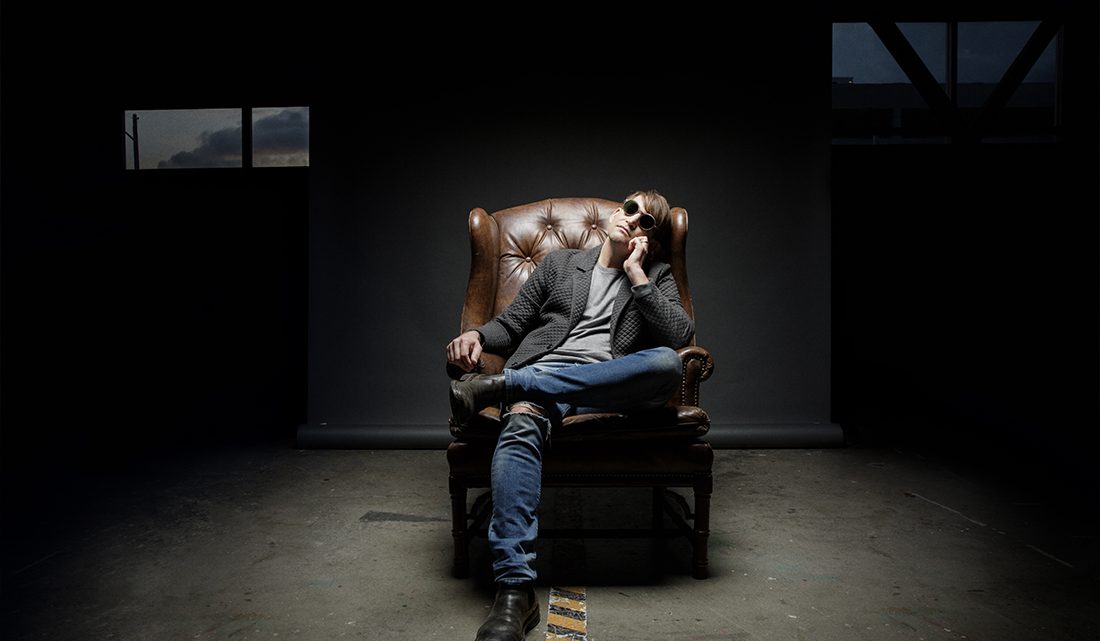 They call their sound “dark alien pop”, and it suits them as snugly as a flying saucer fits a little green alien. Glorybots make music that feels extraterrestrial, and their songs strongly suggest that the planet they’re coming from may not be the nicest place in the galaxy. This is strange, intriguing music that’s redolent with beauty, menace, and mystery. Yet no matter how many weird echoes of post-punk and alternative rock are in each Glorybots song, theirs is an approachable sound. “Dream About Nothing” and “Afterlife” songs are as catchy and immediate as any modern pop record you might name. They’ve done it without compromising their collective vision or their artistry, and nobody out there sounds quite like them.

While there are a number of talented artists involved in the Glorybots project – powerhouse drummer Ben Hilzinger, for instance, and co-producer Don Farwell, too – the main man behind this unusual music is Seattle multi-instrumentalist Jalal Andre. Fans of independent music in the Pacific Northwest will, no doubt, recognize Andre as the charismatic frontman of the inventive rock group Echo Texture. But Glorybots is much more than a side gig for him: it’s an opportunity for Andre to chase his ideas into the stratosphere. “Dream About Nothing” is a dark insinuation of a song; “Afterlife” is a fierce and fast-moving squall. Both tracks are capable of generating some seriously altered states in listeners.

The “Dream About Nothing” and “Afterlife” videos match the songs’ intensity. These two clips draw from the familiar tropes of horror and science fiction to create mesmerizing fantasies. They’re expertly made, filled with arresting (and sometimes troubling) detail, and endlessly re-watchable. The “Dream About Nothing” clip juxtaposes frightening images with footage of Glorybots in performance. It’s left implicit that the band’s hallucinatory sound is generating the nightmare. As the musicians play and sing amidst shadows and smoke, we’re led through a hellscape populated by some of the freakiest demons we’ve ever seen in a music video. The “Afterlife” clip seems, superficially, friendlier: it stars an animated model of an almond-eyed space alien at a typical downtown bar. Yet it quickly becomes apparent that this is a nightmare, too, and a clever play on the concept of alien abduction that does not end well for its protagonist. This is a pair of wild rides from a new group that specializes in space travel – outer space, and inner space, too.