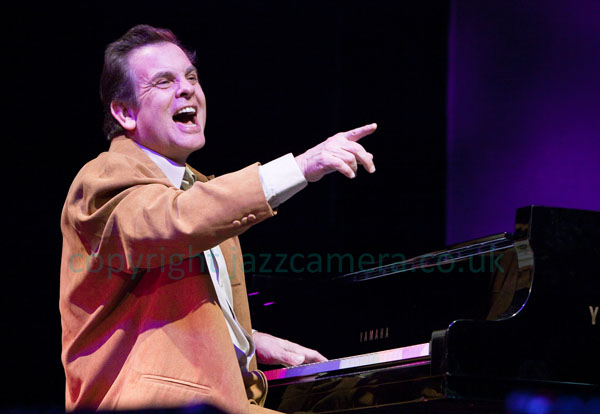 Pianist Albert “Chip” Crawford, a Raleigh, North Carolina native, who has recently been touring the world as a vital, vibrant part of the band that backs up the very popular vocalist, Gregory Porter, is coming home for a performance at Duke University, Durham, North Carolina, Thursday, March 6, 2014. Crawford left the area years ago to live in New York City. He met Porter when he was performing at a jam session one evening at a Harlem club called St. Nicks Pub on St. Nicholas Avenue and 149th Street in New York City. Porter sang splendidly and Chip played perfectly. The rest of the band, (drummer, Emanuael Harrold, bassist Aaron Moore, and saxophonist Yousuke Soto) sounded good too. In fact, they sounded so good that the house “insisted” that they perform there on a regular basis. Gregory Porter has taken them all over the world, and will bring the tight, swinging, bluesy band to Duke. It’s been quite a ride for a very talented keyboard wizard, Chip Crawford, who admits that he was born to accompany a singer.

“The past 2 years we’ve been to 183 cities with Gregory and the band,” said Crawford in an e-mail interview from Hong Kong, where the band is on tour until March 2, 2014. “ All the guys are like family. There is great vibes, beautiful vistas and cities and people and food ( I got to quit eating so much) I’ve made friends all over the world. Plus Gregory’s music is about positivity, and he is a true force for good. The band is ready to do a recording too. We’ve got that ESP, trust thing now plus so much respect for each other’s musicianship and intent of heart.”

No one in North Carolina and the surrounding area is surprised to hear that Chip is getting recognition and respect as a highly-professional, world-class musician because he has been smoking the keys in Triangle North Carolina area (Raleigh, Durham, Chapel Hill) for years. He was also a well-known educator and a graduate of the acclaimed North Carolina Central University Jazz Studies Department, (Durham, North Carolina), under the direction of Dr. Ira Wiggins. Some were sad to see him move to New York City. Most are glad that he did and are especially happy about Grammy.

“It does feel great to be associated with a measure of success through a Grammy. It feels good to see my friends in New York feel happy for me and it’s even causing more people to come see me play when I’m with a group in Harlem. The feedback from my friends in Durham has been tremendous. I know it’ll be an emotional concert. And I’m so proud of Gregory. Can’t wait for people to meet him.”

“This is band that came out of the jam sessions at St. Nick’s Pub in Harlem,” Gregory Porter said in an earlier interview. “We have played so much together that it was only natural that when things started happening for me that I would use them. We know each other so well. I love what they all do. And Chip he knows what I like. He’s got that feeling! He knows how to connect Coltrane, the church and rhythm and blues.”

As of February 27, 2014, the Gregory Porter concert, Reynolds Theater, Duke University, was sold out. The band will be in Charlotte, Washington D.C. and Paris, France after the Duke performance. For more information call (919) 684-4444 or go to: www.performances.duke.edu.