Guitarist Trey Wright is Solid As An Oak 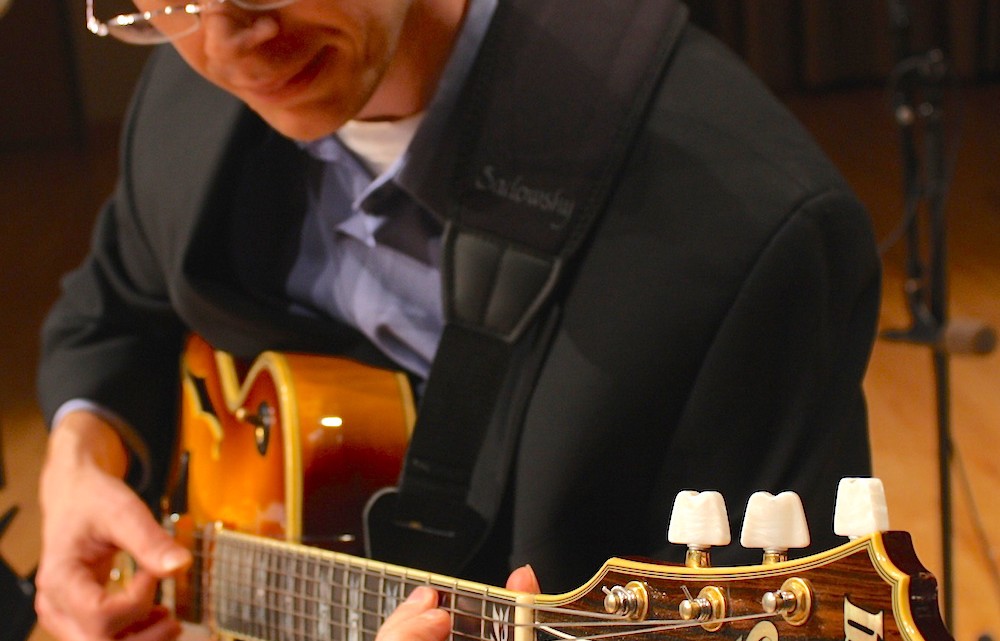 Blue Canoe Records latest release from Trey Wright is a ripping set of originals that moves from solid, classic jazz to sweet, sympathetic ballads with ease. The compositions on Songs From Oak Avenue deserve notice as does the playing of this group of veterans.

Songs from Oak Avenue is Mr. Wright’s second solo release on Blue Canoe Records and his follow-up to Thinking Out Loud (2009). This release is comprised of brilliant melodies and creative interaction with the sparse instrumentation. Each player, including Atlanta-based Grammy Award-winning saxophonist Mace Hibbard and expert rhythm section Marc Miller (bass) and Marlon Patton (drums/engineer), is given ample space to express ideas freely and dynamically…and all do so with mindful abandon. Mr. Wright is a jazz guitarist, composer and recording artist based in Roswell, GA. He is the co-founder of the Athens/Atlanta based jam band Squat. The group is a six-time winner of Best Jazz Band at the Flagpole Athens Music Awards and has been a featured artist at the Atlanta Jazz Festival, Bel Chere, The Twilight Athens Jazz Festival, The Cherry Blossom Festival, Harvest Midtown and Athfest. Several of Mr. Wright’s compositions with the group have received international airplay and have been featured on Sirius/XM radio and NPR’s All Things Considered.

Mr. Wright also performs freelance in the Athens and Atlanta area and has performed with Jimmy Haslip (Yellowjackets), John Patitucci, Joe Lovano, Corey Christiansen and Darmon Meader of the New York Voices. He has performed at the Montreux Jazz Festival, Jazz A Vienne and the World Sacred Music Festival in Bangalore, India. As a solo guitarist and with his trio, Mr. Wright has been a featured performer at the Athens Music and Arts Festival, The Lake Oconee Jazz Festival and the Atlanta Jazz Festival. Additionally, Mr. Wright is the guitar instructor at Kennesaw State University based in Kennesaw, GA.

Songs From Oak Avenue opens powerfully with “Boomerang”. Sam Skelton’s lush, industrious saxophone swings against Marc Miller’s walking bass pulse while Wright injects color in support of the melody. As the track unfolds, Mr. Skelton’s easily accessible melody expands to more challenging improvisational licks until finally giving way to a soaring electric solo from Trey Wright. The track ends in back and forth between the two that alternates between conversational style and a doubling of melody that ends the track as a warm invitation for the rest of Songs From Oak Avenue.

“Joni” is another distinguished track that highlights the talents of Trey Wright. “It is named and inspired by Joni Mitchell”, says Wright. “I have always been fascinated with her music…I was trying to emulate the floating feel and stream of consciousness approach of her music.” It opens with a subdued melody and tastefully chosen introduction to the inspirational talents of Grammy winner Mace Hibbard on the sax. The middle of this more contemporary tune this talented group is firing on all cylinders with all fully engaged and pushing each other forward against a rhythm section that delivers with forceful musicality.