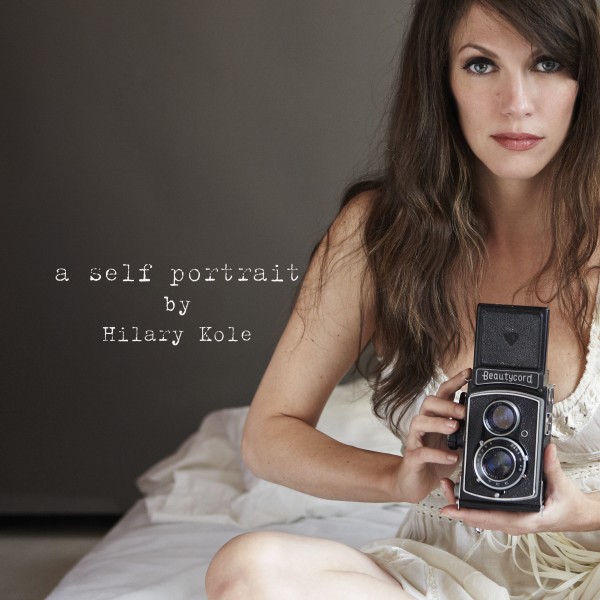 As much as music can sooth the severely tortured heart it does not always come with a long lasting cure. The road for the musician is not impervious to this journey for their craft comes with barricades that make their trek, one of countless diversions and broken music sheets, some exceptionally emotive and crippling.

Vocalist Hilary Kole tells her story of her heartbreaking three-year quest and absence from the music shelves, in her new self released project A Self-Portrait. This spin is a tender and sensitive explanation of her emotions, journey and dreams in the aftermath of an exceedingly trying time within her career and personal struggles.

Ms. Kole is a distinctive form of a vocalist as she tells her story with varied styles of purring her emotional struggles. There is no standard pattern to her music as it adapts into the cut that is meant to elucidate the emotions the spin is adjoined with. Each cut on this project has a rationale and methodology to dispatch on to each listener in relation to their own encounters. Among all the songs, the acrobatic arrangements exercise the minds and moods of the listener with Ms. Kole’s expansive vision to get across human feelings.

“When the World was Young” a Johnny Mercer composition, is the effort of recapturing one’s youth and asking oneself, as Ms. Kole does so effectively, where and why did life’s joys leave me. You almost get the feeling that her vocalizing of this classic is more about her than it is anyone else for you can feel her need to grasp on to days which were less complex and smiles and laughter were abundant. A fine piece with the ivories of Ted Firth actually holding back the tears of today, for the joy of yesteryear!

“You Must Believe in Spring”  is written by Michel LeGrand, with lyrics by the Bergmans, is performed in hope and hope, is its melody, at least the way Ms. Kole delivers its poignant vocal pursuit. John DiMartino’s piano manipulation is just exquisite on the cut. He takes her by the vocal chords and escorts Ms. Kole’s vocal behavior to another level.

Ms. Kole’s A Self-Portrait is an exercise in unrelenting desire as she takes the role of the architect of vivid perspective along with her prowess for past passions. Each selection, she has inoculated into this spin meaning, purpose and retrospective foundations concerning her experiences however at the same time, can be felt and have meaning in any one listeners earthly adventure. Ms. Kole not only gives answers to her absence but in the same breath journalizes it with her vocal healing of the wounds of the yesteryear…