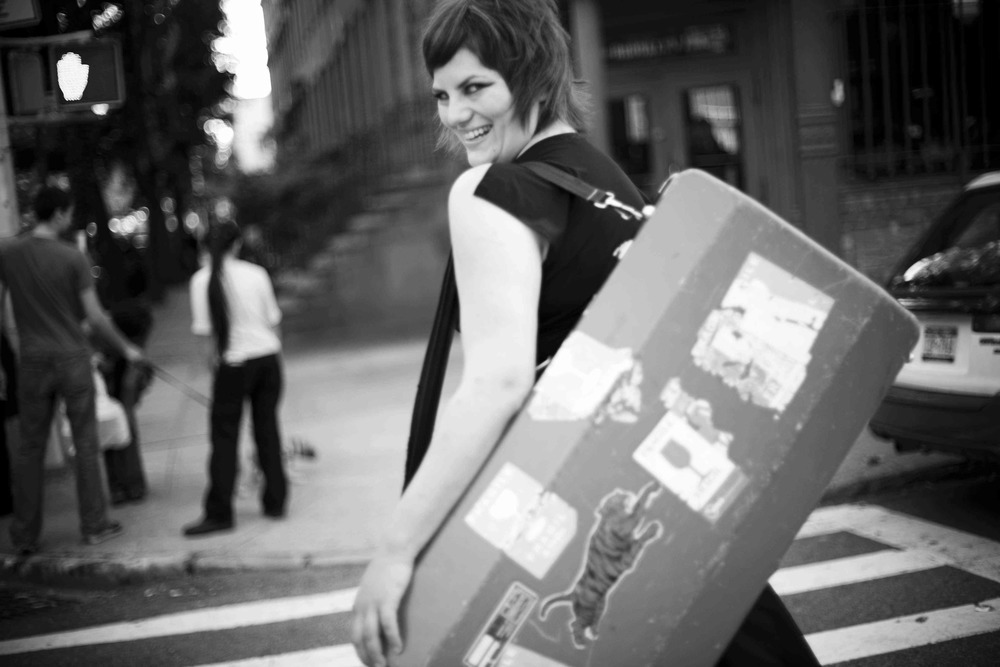 In this project, the quartet will play sets of fully improvised music. Says Warren, “Working with such intuitive improvisers is a natural and authentic way to explore the possibilities of this new sound-world.” The project was born from Warren and Kalmanovitch’s frequent collaborations over the past decade at the Guildhall School’s summer jazz workshops in London, UK. Pleased with the results, the two decided to extend their collaboration to a quartet.

All four musicians share deep roots in classical music and jazz. Added to the mix are the diverse influences that have marked these musicians’ careers: Arabic music, North and South Indian classical music, the works of maverick Brazilian composer Hermeto Pascoal, and the hymns and folksongs of Warren’s native Wales.

Warren’s 2013 ECM release Quercus (with June Tabor and Iain Ballamy) continues the pianist’s career-long bent for bringing old songs—hymns, folksongs, jazz standards—into a delicate new light. The Observer’s Dave Gelly described the record as “one of the most surprising and beautiful pieces of work I have heard in a long time.”

Founded in 1972 by musical visionaries Gunther Schuller and Ran Blake, New England Conservatory’s Contemporary Improvisation program is “one of the most versatile in all of music education” (JazzEd). Now in its 41st year, the program trains composer/performer/ improvisers to broaden their musical palettes and develop unique voices. It is unparalleled in its structured approach to ear training and its emphasis on singing, memorization, harmonic sophistication, aesthetic integrity, and stylistic openness. Under Blake’s guidance for its first twenty-six years, the program expanded its offerings under subsequent chair Allan Chase and current chair Hankus Netsky. Alumni include Don Byron, John Medeski, Jacqueline Schwab, Aoife O’Donovan and Sarah Jarosz; faculty include Carla Kihlstedt, Blake, Dominique Eade, and Anthony Coleman. “A thriving hub of musical exploration,” (Jeremy Goodwin, Boston Globe), the program currently has 43 undergrad and graduate students from 14 countries.
http://necmusic.edu/ci

Tanya Kalmanovitch is a violist, ethnomusicologist and writer based in New York City. Trained at the Juilliard School, her work as a musician bridges classical, jazz and experimental music and has been profiled in Jazz Times, DownBeat, the Globe and Mail and the New York Times. Her most recent project is a trio with pianist Anthony Coleman and accordionist Ted Reichman. She performs and teaches regularly in North America, Europe, the Middle East, and Central Asia, and is a faculty member at the New England Conservatory in Boston and Mannes College The New School for Music in New York.
www.tanyakalmanovitch.com

Welsh pianist/composer Huw Warren is one of the United Kingdom’s leading musicians, with a unique eclectic approach combining improvisation with folk, world and new music influences. He has released several solo recordings of original music, as well as project albums using source material as diverse as John Dowland, Welsh Hymns, and the music of Hermeto Pascoal. His most recent recording, Quercus (with June Tabor and Iain Ballamy) was released in 2013 on ECM Records. Huw is on faculty in the Jazz department at the Royal Welsh College of Music, and is artist in residence at the Brecon Jazz Festival.
www.huwwarren.co.uk

Austrian bassist and composer Peter Herbert is equally sought-after in the fields of jazz, classical music and free improvisation. He has appeared as a soloist with the Vienna Symphonic Orchestra and the London Symphony Orchestra, as a bassist with the Art Farmer/Clifford Jordon Quintet, the Marc Copland/John Abercrombie Quartet, and Robin Eubanks, and his compositions have been commissioned by numerous European orchestras and chamber ensembles. Peter Herbert is on the faculty at the JIM/Anton Bruckner University in Linz, Austria.
www.azizamusic.com