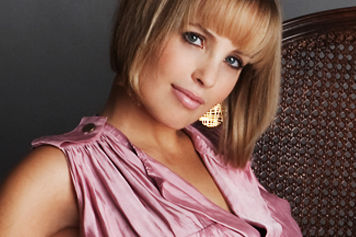 TORONTO, June 16, 2011 /CNW/ – Juno Award-winning singer Sophie Milman will be visiting Israel as a guest of the Canadian Friends of Hebrew University (CFHU) to help raise awareness of the Institute for Medical Research Israel-Canada (IMRIC).

The internationally renowned jazz vocalist will perform at the university convocation and at the Canadian Awards Dinner where Israeli researchers and students receive scholarships and awards donated by CFHU supporters. She will also hold a special Israeli concert at the Zappa Club on June 18th in Hertzliya.
The 28-year-old, Toronto-based Milman was born in Russia, and moved to Israel with her parents when she was six, settling in Haifa. It was there that she was first exposed to the jazz music that inspired her career. She moved to Canada at age 16, and this will be her first trip back to perform in Israel since then. CFHU, Hebrew University and IMRIC will be tracking Milman’s visit through blogs, Facebook and Twitter.

IMRIC is bringing together the best minds from the scientific disciplines, from across Israel and Canada, to create innovative approaches to meet the challenges of medicine in the 21st century. CFHU is raising $50 million to harness the incredible talent of researchers at the IMRIC and their Canadian partners.
“Sophie Milman shows how a product of Israel and Canada can reach amazing heights in her field – likewise, IMRIC symbolizes the cooperation between these two countries that will lead to breakthroughs in the medical field,” says Rami Kleinmann, National Director, CFHU.

IMRIC conducts fundamental and applied research in biomedicine unlocking the mysteries of disease and finding the keys to their causes, treatment, and prevention. This work is vital to understanding most illnesses that challenge medical science, such as cancer, cardiovascular disease, diabetes, neurodegenerative diseases and infectious diseases.

Through the recently launched website www.imric.org, visitors are able to learn about IMRIC, its researchers, and Canadian-Israeli collaborations, and join the conversations about ongoing medical research via new social media platforms.

Milman says she is excited to be returning to Israel to promote the “groundbreaking” research by IMRIC, and the “wonderful partnership between Israel and Canada”.
About the Canadian Friends of the Hebrew University:

Next post Richmond Hill resident and drummer Anthony Fung has been selected to the Next Generation Jazz Orchestra.