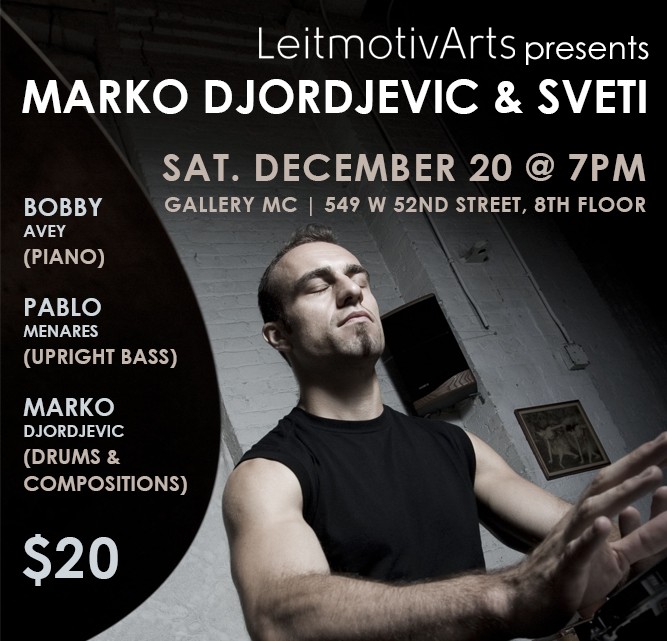 LeitmotivArts is honored to present drummer and composer Marko Djordjevic who will join forces with Bobby Avey on piano and Pablo Menares on upright bass at a performance at the Gallery MC in New York City on December 20, 2014 at 7 p.m.

Marko Djordjevic, who has been hailed as a “world class drummer” and “a true innovator” by Modern Drummer magazine, has played on more than 40 albums and has thousands of live performances to his credit. Bobby Avey is praised by the New Yorker magazine as “a young pianist of invention and refinement”, and Pablo Menares is one of the most important young bass players in Chile.

The trio will be playing music from Djordjevic’s last and critically acclaimed album Something Beautiful (1709-2110) and is sure to jazz up the holidays and delight the audience.

For a sampling of performances of Marko Djordjevic & Sveti visit http://www.svetimarko.com/ and www.youtube.com/watch?v=wrtDyLvylfE