Jessie Marquez, “All I See Is Sky” 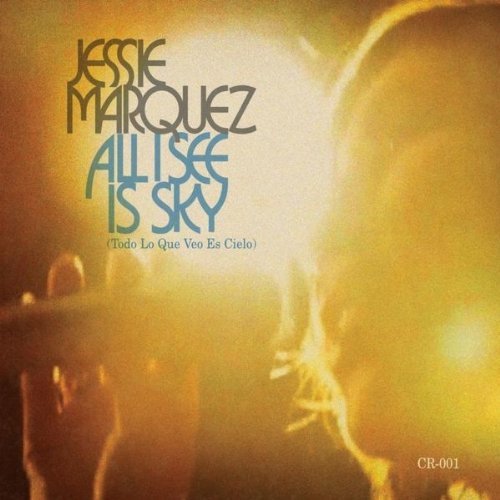 Who would have thought that a singer from Eugene, Oregon would be one of the liveliest Latin Jazz artists around and that’s exactly what Jessie Marquez has become. Having deep Cuban roots—her father was born and grew up in Havana, Cuba—has made her accomplishments in Latin Music, easier to come by. Marquez has traveled to Cuba and performed with some of the island’s most prominent musicians. All I See Is Sky is a major production for the singer as she records with a light ensemble of eight players and adds the Arnica String Quartet to augment the sound with a lush background.

Voicing the lyrics in both English and Spanish, Marquez provides a selection of music that blends traditional Latin with elements of contemporary jazz featuring a good share of instrumental voices. The opening “Dime, Amor,” one of several Enrique Cardenas charts, reveals the velvet voice of a Latin Diva who sings with passion and emotion. The singer’s seductive singing style defines the album and is so evident in such numbers as “Y Llueve” (And It Rains), “Tu Sombra” (Your Shadow) and the sexy “Amor de Madrugada”(Love Before Dawn).

All is not voiced in Spanish though as keyboardist Clay Giberson contributes four beautiful compositions sung in English by Marquez. They start with the soft “The Newness of You” and continues on such gorgeous tracks like “Where Were You,” the love ballad of “Spanish Nights” and the breezy melody-rich “Let Me Arrive.” The vocalist’s own original “The Season” also has English lyrics and terrific solo instrumentals from trombonist Jeff Uusitalo and the Giberson.

Ending the set with “La Herida” (The Wound) and the Antonio Carlos Jobim standard, “Agua De Marzo,” Marquez closes a marvelous recording of Latin and jazz music worthy of many spins. On a clear day one can see forever and with All I See Is Sky, Jessie Marquez cements her reputation as one of the top Latin jazz vocalist in the business.