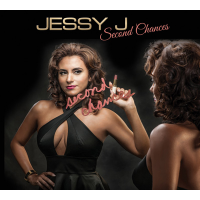 Due September 10, 2013 Via Shanachie Entertainment

Los Angeles, CA: Jessy J burst onto the contemporary jazz scene in 2008, blending her love for Latin rhythms and jazz on her chart-topping, award-winning debut album Tequila Moon. Jessy earned the Radio & Records’ ‘Debut Artist of The Year’ Award and Contemporary Jazz ‘Song of the Year’ by both R&R and Billboard for the title track, which held the #1 spot on the chart for eight weeks. The talented saxophonist, pianist, singer and songwriter who has worked with everyone from The Temptations to Michael Bublé, has been developing her musical voice since she was very young, when she could be found practicing the saxophone, instead of heading out to play with friends.

Words like dedicated, focused and hard-working all describe her drive and motivation to succeed and make music a life-long career. With her fourth release, Second Chances, due out on Shanachie Entertainment on September 10, 2013, Jessy reaches a major milestone as she takes over the reigns as the producer of the new album. The set features collaborations with Grammy Award-nominated keyboardist-producer Jeff Lorber, Grammy Award-winning guitarist Norman Brown, renowned bassist Jimmy Haslip (formerly with The Yellowjackets) and legendary pianist Joe Sample.

Second Chances represents a new direction for Jessy as she purposely set out to meld her love for jazz and Latin rhythms with R&B grooves. The album title, Second Chances, developed out of the theme that it’s never too late to try again and “getting a second chance to do something that you messed up on the first time.” She shares, “In this case, for me it was with something that happened the previous year. I realized that this year I had a second chance and every day is new, is fresh. The title track is really an inspirational song about doing something you really want to do.” Not coincidentally, several of the songs on the album include “two” in the title including the first single “Listen 2 The Groove,” co-written by Lorber, “Tango for Two,” “Dos,” “Twice” and “Double Trouble.” The ten song set features eight originals and two beautiful covers including the Roberta Flack hit “Feel Like Makin’ Love” and the Sérgio Mendes classic “Magalenha.”

Jessy shares, “I like to play music that people will recognize and connect to and be familiar with and also play music that’s original, that really inspires them and creates new memories.” She teamed with the talented trumpeter, singer, songwriter Johnny Britt (Josh Groban, The Temptations, Impromp2) to write “Second Chances” and the final track on the album “Twice.” She credits her manager, Stewart Coxhead, with the idea to include the ‘two’ theme throughout the album and is thankful for his encouragement as she turned over this new leaf in her career saying, “he really encouraged me to be myself.”

Second Chances opens with the single “Listen 2 The Groove” featuring Jeff Lorber on keyboards and Jimmy Haslip on the bass. Jessy states, “Jeff Lorber and I first worked together in 2008 for the Guitars and Saxes Tour. I really enjoy his musical style. He’s such a legend in the business and has his own sound. To me he’s a genius. So, when I had the opportunity to produce my own album, I really wanted to work with him. I remembered we wrote and co-produced “Listen 2 The Groove” and I just asked him if he wanted to work together. I was so excited he said yes!” The sultry groove sets the tone for the album with its catchy hook and unique song structure.

The title track “Second Chances” features Grammy-Award winning guitarist Norman Brown. “Norman Brown and I worked together for the Summer Storm tour 2010…  I really love his style of playing. He’s very unique in his guitar and I think he plays the guitar so fluidly. Johnny Britt and I were working on “Second Chances” and I really wanted Norman to play on it. His guitar sounds beautiful on the track.” Jessy chose to include the Roberta Flack hit “Feel Like Makin’ Love” because, “I’m a big fan of 60s and 70s music. Roberta is a gorgeous singer. We felt that we could redo it in a way that would make it special again and also make it more current. I always thought of it kind of in a Robin Thicke mode with the recurring guitar theme. It also has a Brazilian vibe, the vocals are laid back and almost in a hushed tone. And it’s completely re-harmonized. I like arranging music and harmonizing it.” Jessy’s longtime friend and bandmate Tim Stewart (who also tours and plays with Lady Gaga) offers a beautiful guitar accompaniment on the track.

Her passion for Latin music shines through on the Sérgio Mendes classic “Magalenha,” one of her all-time favorite Brazilian tunes. Jessy says it was real a “jam session vibe” in the studio with Jeff and Jimmy helping to re-create the song as a “funk samba” and their joy in recording it shines through.  In addition to her excellent work on the baritone saxophone and her sweet vocals on the tune, Jessy adds some tasty flute flourishes. She explains, “The World Cup is coming up next year in Brazil and it’s an homage to that and to my Latin heritage. Football is so popular in the Latin community.” The set takes a sophisticated, jazzy turn with the third song she wrote with Jeff and Jimmy, called “Tango For Two.” Jessy describes it as “a romantic type of tango not an exact tango.” The dance beat features her sax intertwining and twirling with the piano, as if someone is dancing, reaching a climactic point and then it fizzles down again. Jessy was pleased to have Jimmy work with her on the album as he brought a “very interesting knowledge of Latin rhythms and a world music view. He recommended different beats, rhythm and percussion” elements for the project.

On “Dos” a lovely guitar intro gives way to Jessy on both flute and soprano saxophone. She shares, “That song is a really sexy song. It’s about two things: the good and the bad. Sections of the music had a reflective feeling that were dark and then other parts of the music were light. We wanted to have the alter ego – two things. One of my heroes is Grover Washington, Jr. He’s my favorite soprano saxophonist and I always think of him when I’m playing that instrument.”

“La Luna Feliz” features Jessy on tenor sax and flute while singing in Spanish. It opens with a funky bass line from Bryant Siono to get you into the groove right way. “I like to say that this is the prequel to “Tequila Moon,” explains Jessy.

“Tequila Moon” was my first radio single and also my first CD in 2008. I like to look at the moon at night, I don’t know why. It’s a thing I would do with my dad when I was little. I was looking at the moon and it had a smiley face on it and it made me laugh. I said ‘that’s a happy moon, it’s la luna feliz.’ And then the melody popped into my head. It’s really the only Latin song, with no percussion, on the album.”

Jessy says for this project she was “really open to the idea of doing something different” and on “Double Trouble” she definitely lets her hair down and jams! “I really got into the whole Jeff vibe on this track and so the melody came out on my tenor saxophone and he doubled it on the mini-moog, which made it sound really deep and thick. The melody really flows and being the producer I could interpret the music however I wanted to,” she shares. She originally wanted to name the song “Doppelgänger” in honor of her German Shepard, Mini. When the two of them go for walks together they often see another German Shepard on the block that looks just like Mini and Jessy likes to joke it’s Mini’s doppelgänger! They settled on “Double Trouble” (which Jessy co-produced with Lorber and Jimmy Haslip) since Jeff and Jimmy are such good friends and bring their own version of double trouble to the studio and this song.

Legendary keyboardist Joe Sample is a friend and mentor to Jessy. The two first worked together on her last album Hot Sauce. Joe helped her write the funky tune “Mambo Gumbo,” her ode to New Orleans featuring Johnny Britt on vocals and trumpet. She shares, “I love Joe Sample! I’ve been listening to him my whole life… I told him about this song about New Orleans. We wrote parts of the song together at the NAMM convention earlier this year. It’s a great track about people and how they’re different but also the same.” “Twice” is a bright, upbeat tune to close out the set, co-written with Johnny Britt. It features Jessy on Tenor sax along with her touring bandmates Frank Abraham on bass, Michael Angel on guitar and Richie “Gajate” Garcia on percussion. The song is about how when you have the chance to do something the second time – twice – it’s so much more beautiful. “It’s a positive feeling about reaching your goal and doing it the way you wanted to.” The tune offers a great backbeat, sweet percussion elements and backing vocals from Johnny.

Jessy’s connection to her Latin heritage runs deep, as her father is originally from Mexico and her mom hails from Texas. Born in Oregon and raised in southern California, Jessy grew up in a home full of big family get-togethers, Mexican feasts and lots of Latin, jazz and pop music. Her musical influences include Cannonball Adderley, John Coltrane, Charlie Parker, Grover Washington, Jr., Sergio Mendes, Ricky Martin, Gloria Estefan and she admires current artists Norah Jones, Diana Krall and Alicia Keys. She credits her parents as her biggest influences as she watched them “work so hard to come to the U.S., have careers and enjoy the beautiful things this country has to offer. I knew I was going to work hard from the beginning,” she shares.

While she was studying at USC, she set her sights on becoming a studio musician, recording music for movies, commercials and television shows but quickly learned she needed to spend time getting more experience. She spent two years touring with the off-Broadway, EMMY Award winning show Blast! While on that tour she started focusing on performing with her own band, so she began writing her own music.

She returned to Los Angeles and put together her first group featuring Bryant Siono on bass and Norman Jackson on keyboards. In addition, she toured with Jessica Simpson, did studio work with Michael Bublé and The Temptations, and was invited to tour with Michael Bolton.

Jessy’s diligence paid off when she met Grammy Award-winning smooth jazz producer Paul Brown at the Newport Jazz Festival and he agreed to work on her debut album, Tequila Moon in 2008. She followed that CD with True Love in 2009 and Hot Sauce in 2011. Last year Jessy was able to achieve her dream of becoming a studio musician in Los Angeles, working on the hit television shows American Idol and The Voice. Her work on American Idol impressed Steven Tyler, who invited Jessy to record on the latest Aerosmith album.

Second Chances may be all about getting the chance to do something over again, but for Jessy this album is a celebration of firsts as well. She marks a major milestone in her career taking on the role of producer of the album, plus she was able to work with two new artists on her “wish list” via her collaborations with Jeff Lorber and Norman Brown. Jessy has a lot to look forward to as she continues to enjoy the success of her hard work and dedication. As she says, “It’s a great life and I’m grateful for it. It’s going to be a good year!” 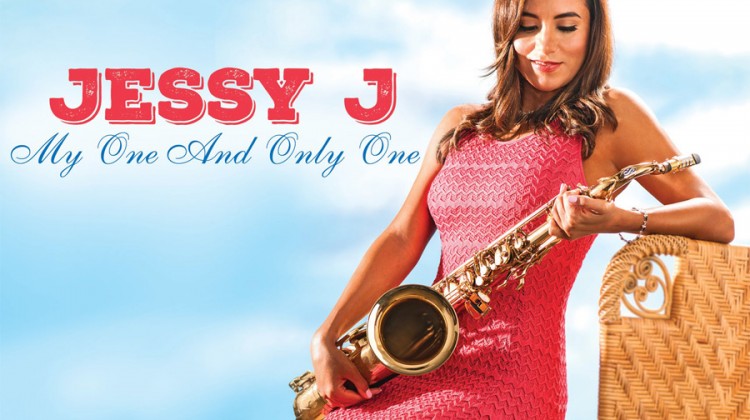