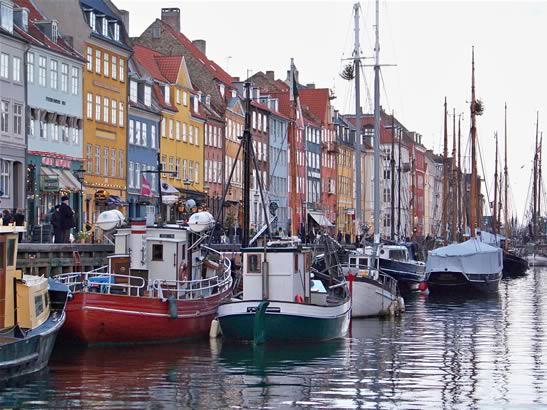 “Copenhagen is a wonderful, wonderful place to get lost in, especially when the cause is jazz. Newcomers to the city, and to the seductive, seasoned Copenhagen Jazz Festival-up to its 32nd edition this summer-will find before them an almost dizzying density of a program, which extends to multiple venues all over the city.”
-JazzTimes, 2010

“The Copenhagen Jazz Festival is a varied extravaganza that leans from the summer festival blockbusters and makes sure to demonstrate diversity”
-DownBeat, 2009

“Celebrating its 30th anniversary, the Copenhagen Jazz Festival is a model of excellence for jazz festivals worldwide”-AllAboutJazz.com, 2008

The 2011 Copenhagen Jazz Festival
Set To Kick Off On July 1!
The Complete Program & Schedule of Events For the 33rd Edition of The Festival Available at: www.Jazz.dk

The Copenhagen Jazz Festival, now in its 33rd year, and one of the largest and most ambitious events of its kind, will once again become the center of the jazz world for the first ten days of July (1-10), as over a quarter of a million people descend on the city to enjoy the staggering multitude of events that takes place in every corner of the beautiful Danish capital.

The Copenhagen Jazz Festival is a massive rendezvous for jazz fans, music enthusiasts, and culturally-minded people that wish to experience not only the music, but the charm, history and distinct character that make up a dense, urban fabric. During the Festival you are never far from amazing music; and never far from green spaces, a gorgeous harbor clean enough to swim in, endless miles of bike paths, world class museums, and critically-acclaimed cafes and restaurants (including Noma, named The World’s Best Restauant in 2010), all combining to make Copenhagen a pulsating metropolitan capital full of contrast and surprise.

The Copenhagen Jazz Festival is an event befitting the largest city in Scandanavia. Every day of the year Copenhagen is a bustling center of culture; during the Festival this activity reaches a fever pitch. Few other festivals in the world can boast the stylistic diversity offered in Copenhagen each July, a programming approach that has been the basis for its thirty-plus years of success. With 10 days-100 venues-1000 shows, the 2011 Festival will have something on offer for everyone, from experimental, free and avante garde, to jazz in its more traditional vain, and everything in between. The choice of venue is equally as diverse, from classic concert halls such as The Copenhagen Opera House (Operaen) to the city’s famous jazz clubs such as the Copenhagen JazzHouse, and seemingly every open space of the city converted into a Festival venue.

VISITING THE 2011 COPENHAGEN JAZZ FESTIVAL:
By plane Copenhagen international airport is easy to reach from various destinations all over the world. To compare airfares and book the most economical flights to Copenhagen check out search engines such as www.Travelocity.com, www.Orbitz.com or www.Kayak.com

By train or bus If you are travelling from the European continent there are several ways to reach Copenhagen by train or bus. For more information on travel and transport check the official tourist site of VISIT DENMARK

Stay at a Scandic-hotel during the festival. Scandic is the official hotel partner and offers discounted rates and concerts at the hotels situated in the city center. Choose between four hotels within the city center location. Book your room by clicking here

Getting around Copenhagen is a small city and it is easy to get around either by metro, bus or do as the Danes – by bicycle. Just grab a free Citybike from one of the 110 bike-racks from the centre of the city.

Save money The Copenhagen Card gives you free entry to 65 museums and attractions throughout the Greater Copenhagen Region including free entrance to Tivoli. Furthermore, cOPENhagen CARD gives you free transport by train, bus and Metro.

Get the full picture The Copenhagen Jazz Festival Program is a 146 pages booklet in English which gives you a complete guide to the festival’s more than 1000 concerts dispersed over the entire city at a record number of venues. Order the program online at www.jazz.dk and it will be shipped to you right away.

Currency Use a Currency Calculator to control your budget.