But the fragile, Blanche quickly gets a gritty life lesson in the seamy, steamy underbelly of 1940’s New Orleans.

Streetcar was last seen on Broadway in 2005 starring Natasha Richardson, Amy Ryan and John C, Reilly. Front Row Production’s multi-racial production of A Streetcar Named Desire is a follow-up to their highly successful Broadway production of Cat on a Hot Tin Roof, which starred Terrence Howard, Phylicia Rashad, Anika Noni Rose and James Earl Jones and was directed by Debbie Allen. The production subsequently moved to London’s West End (with Jones and Rashad joined by Sanaa Lathan as Maggie, and Adrian Lester as Brick) where it was honored with the “What’s Onstage” and the prestigious “Olivier” awards for Best Revival.

TERENCE BLANCHARD (Composer) recently completed work on Lucasfilm’s, RED TAILS starring Academy Award winner Cuba Gooding, Jr., Academy Award nominee Terrence Howard and Emmy Award winner Bryan Lee Cranston, as well as his critically acclaimed score for the Broadway play, The Mother****** With The Hat, currently playing in New York starring Chris Rock. In addition to composing the music for the Broadway remake of A Streetcar Named Desire, he has also been commissioned by the Opera St. Louis for a project that will premiere in 2012.

Blanchard has just completed a national co-headlining tour with Branford Marsalis and will continue to tour with his quintet throughout 20ll. Additionally, after serving as Artistic Director of the Thelonious Monk Institute, Blanchard has now been named Artistic Director of the Henry Mancini Institute at the University of Miami’s Frost School of Music.

As a film composer, Blanchard has more than 50 scores to his credit and received a Golden Globe nomination for Spike Lee’s 25th Hour. Blanchard’s music was also recently seen in Spike Lee/HBO’s If God’s Willing And The Creek Don’t Rise, commemorating the fifth anniversary of the Hurricane Katrina disaster and the sequel to the critically-acclaimed 2006 film, When The Levees Broke. The film shows the current state of Blanchard’s native New Orleans five years after Hurricane Katrina, and follows the lives of several individuals and their families in the aftermath of one of the worst disasters to occur in U.S. history. Blanchard won a Grammy for his 2007 CD “A Tale of God’s Will (A Requiem for Katrina),” which included tracks from Levees.

In 2009, Blanchard loaned his musical voice to Louis the Alligator in The Princess and the Frog. He has completed scores for Lee’s Miracle at St. Anna, the soundtrack for Darnell Martin’s Cadillac Records and Guy Moshe’s adventure thriller Bunraku (Demi Moore, Woody Harrelson and Josh Hartnett). Other film music written by Blanchard includes Kasi Lemmons’ Eve’s Bayou and Talk to Me, Oprah Winfrey’s Their Eyes Were Watching God, Tim Story’s Barbershop and Ron Shelton’s Dark Blue and music for over one dozen Spike Lee films and documentaries.

Terence Blanchard has established himself as one of the most influential jazz musicians and film score masters of his generation, a member of a jazz legacy that has shaped the contours of modern jazz today. With more than 29 CD’s to his credit, Blanchard is a four-time Grammy Award winner and has received multiple Grammy nominations as well as a Golden Globe nod. His latest CD, “Choices,” was released by Concord Jazz in 2009 to widespread critical acclaim. Recorded in New Orleans at the Ogden Museum Of Art—itself a survivor of Hurricane Katrina—”Choices” addresses the choices we all make in life—both as a society and on a personal level. Guest artists on “Choices” include writer, speaker, educator and activist Dr. Cornel West and singer, musician and composer Bilal. West performs spoken word pieces on the album with Bilal providing vocals on several of the tracks.

EMILY MANN (Director) Multi-awarding winning director and playwright, Emily Mann is celebrating her 20th season as Artistic Director of McCarter Theatre, where she has overseen over 90 productions. Under Ms. Mann’s leadership, McCarter was honored with the 1994 Tony Award for Outstanding Regional Theatre. Some of her directing credits include Nilo Cruz’s Pulitzer Prize-winning Anna in the Tropics with Jimmy Smits (also on Broadway); the world premiere of Christopher Durang’s Miss Witherspoon with Kristine Nielsen (also off-Broadway); Uncle Vanya with Amanda Plummer (also adapted); All Over with Rosemary Harris and Michael Learned (also off-Broadway; 2003 Obie Award for Directing); The Cherry Orchard with Jane Alexander, John Glover, and Avery Brooks (also adapted); Three Sisters with Frances McDormand, Linda Hunt, and Mary Stuart Masterson; A Doll House with Cynthia Nixon; The Glass Menagerie with

Shirley Knight; the world premiere of Theresa Rebeck’s The Bells; The Tempest with Blair Brown; Romeo and Juliet with Sarah Drew and Jeffrey Carlson; I.B. Singer’s Meshugah with Elizabeth Marvel(also adapted); the American premiere of The Mai by Marina Carr; the world premiere of Anna Deveare Smith’s Twilight: Los Angeles, 1992 (also at the Mark Taper Forum); Lorca’s The House of Bernarda Alba (also adapted) with Helen Carey; the world premiere of Joyce Carol Oates’ The Perfectionist; Strindberg’s Miss Julie with Kim Cattrall, Donna Murphy, and Peter Francis James (also adapted); Cat on a Hot Tin Roof with Pat Hingle and JoBeth Williams; and Betsey Brown (co-author with Baikida Carroll and Ntozake Shange). Her plays include the multi-award-winning Execution of Justice; Still Life (six Obie Awards); Greensboro (A Requiem); and Annulla, An Autobiography. Ms. Mann wrote and directed Having Our Say, adapted from the book by Sarah L. Delany and A. Elizabeth Delany with Amy Hill Hearth, at McCarter and on Broadway (3 Tony nominations including Best Play and Best Direction; Drama Desk nomination; Joseph Jefferson and NAACP Awards; Peabody and Christopher Awards for her screenplay). A winner of the Dramatists’ Guild Hull-Warriner Award, she is a member of the Dramatists Guild and serves on its Council. A collection of her plays, Testimonies: Four Plays, has been published by Theatre Communications Group, Inc. Her latest play, Mrs. Packard, was the recipient of the 2007 Kennedy Center Fund for New American Plays Award and was published by TCG in spring 2009. Most recently, Ms. Mann directed her latest adaptation, A Seagull in the Hamptons, a free adaptation of Chekhov’s The Seagull, with Brian Murray and Maria Tucci; Mrs. Warren’s Profession, with Suzanne Bertish; and the world premiere of Edward Albee’s Me, Myself & I, due to appear on Broadway this season. In 2002, she received an Honorary Doctorate of Arts from Princeton University.

He and producing partner Alia Jones are the only African American Producers on Broadway today. Following his work as an Investment Banker in M&A with Goldman, Sachs & Co. and as Managing Director of the Kuwait Investment Office in both the London and Paris offices, Mr. Byrd was instrumental in the formation of a Private Equity LLC, Thurn & Taxis, for Prince Karl Von Taxis of Austria. He is currently a Principal and Co-Founder of StoneHedge Capital, Inc., a Private Equity firm. Mr. Byrd holds a Bachelor of Science degree in Economics from Temple University and MBA in Finance from the University of Pennsylvania Wharton School, in addition to attending the Alliance Française in Paris. He supports several community and non-profit organizations including Safe Horizon and The National Urban Technology Center. The native of Philadelphia was recently named as one of the most important African Americans in the theatre by The New York Daily News.

ALIA M. JONES (Front Row Productions, Producer) joined Front Row Productions, Inc. in 2006 to bring classic works featuring African American actors to Broadway. Jones co-produced the first African-American revival of Tennessee Williams’ Cat on a Hot Tin Roof on Broadway in 2008. Jones produced the West End transfer of the production featuring African American actors to London’s West End. The West End production received the 2010 Laurence Olivier Award for Best Revival of a Play. She has over 15 years experience in strategic planning, marketing, finance and operations. Originally from Largo, Maryland, Ms. Jones began her career with Procter & Gamble developing systems for Global Perfumes, consolidating the Corporate Cash Flow and in Interactive Marketing as a project manager. She worked for six years in financial services with Lehman Brothers, Stonehedge Partners and HedgeCom in private client services and hedge fund administration. Jones earned a Bachelor of Mathematics from Spelman College and Bachelor of Industrial Engineering from Georgia Tech. She completed her MBA in Finance and Marketing at New York University Stern School of Business. With a commitment to education and the arts, Jones serves on the board of The National Urban Technology Center, a non-profit organization established to teach youth life skills, health education, and career development through edutainment software. She is a member of The League of American Theatre Owners and Producers (The Broadway League). 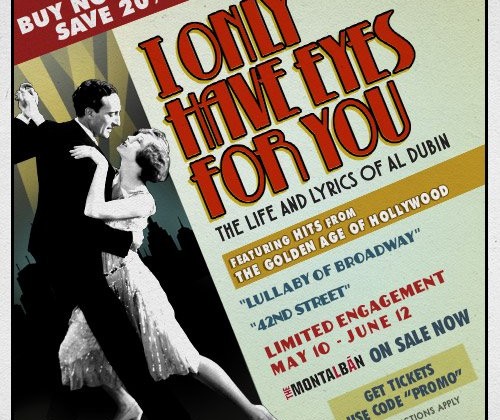