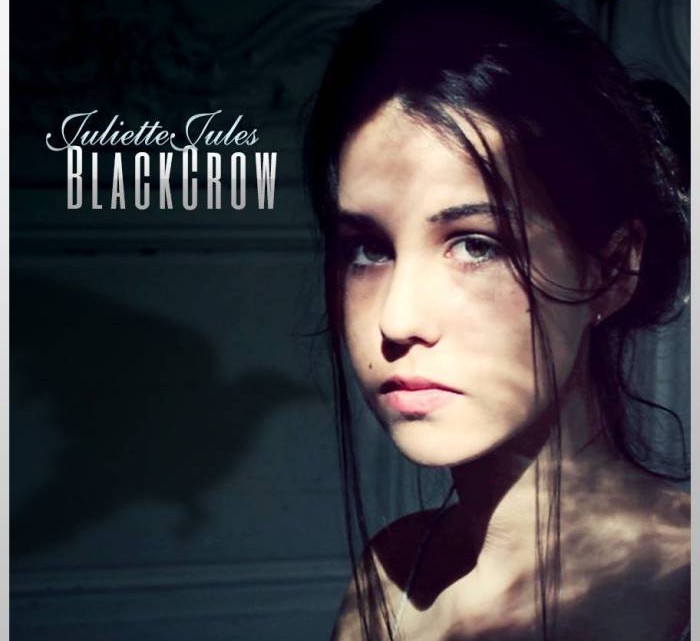 With the simple turn of destinies switch there evolves a moment when the adolescent mind becomes acquainted with its developing mature psyche. On May 13th in a recording studio, across the pond, France to be exact, a 16 year old lyrical young lady became acquainted with the maturity of her vision, sounds and feel of the folk genre that had the music populace offering to wipe her youthful years away, accepting her new musical maturity, only to ask for more. Juliette Jules with acoustic guitar in hand, entered a recording studio that would forever change her world and bring a new sound that will eventually bring forth a new culture of fandom to the underground folk scene and beyond.

Lets extract the youth variable and examine her sound and lyrical definition. Ms. Jules lyrical composition confronts the fragrance of inner emotion and the refined soul. As a storyteller she exposes extreme insight while at times masking lyrics as she has us basking in the rays of her quest for emotional characterization. Her title song “Black Crow” is a moving example of just this. As one examines the lyrics of “Black Crow”, married with a dark symphony of strings, one uncovers the Black Crow in all of us, as our journey for self satisfaction is tested daily throughout ones personal journey. This is quite an achievement given the years behind the music sheets. Peter Karroll also deserves credit in assisting Ms. Jules on the music behind this dark conquest.

“The Game”, which follows the darkness of the Crow, is like in the way of emotional lyrical musicianship however it is a strong showcase as to her string manipulation as she rips her heart out through her fretology, into yours. If one takes the effort to explore her lyrics as she speaks to the art of mixed emotions in a relationship, one finds that it mirrors everyone’s life at some point in their quest for love. What is most alluring is the sensitive ivory intro, which then changes its focus to an aggressive string temperament. One might explain it as innovation with an attitude.

One cut which had little press but injects into her fan base a real sense of how she manipulates a cover into her own karma is Leonard Cohen’s “Hallelujah”. Here Ms. Jules sensitive feel for keeping a cover true to form yet adding her sympathetic improvisations, while growing justification as to her musical prowess. Her style of vocalize allows her to come out center stage on this cut.

As a critic, it’s been a few decades since I had a purely organic sound, glazed in promise, cross my desk. In fact the last time was when a young lady out of Washington D.C. by the name of Eva Cassidy adorned my files. I also get a feel of an Adele influence in Jules efforts.  With that said, I feel the same of Ms. Jules as I did Eva, not to compare her to Ms. Cassidy but other than her style and passionate flair are alike. Can passion so pure strike twice in a forest of musical mediocrity? The answer lies within the music sheets of her upcoming projects…

The angelic young Ms. Jules bleeds through the strings of her chosen contrivance with a vocal vibrancy, pitched with infinite possibilities and a heart that allows her lyrics to fall from her eyes, and yours, with a gentle yet elegant purr. Ms. Jules is the future and the future is in full throttle.