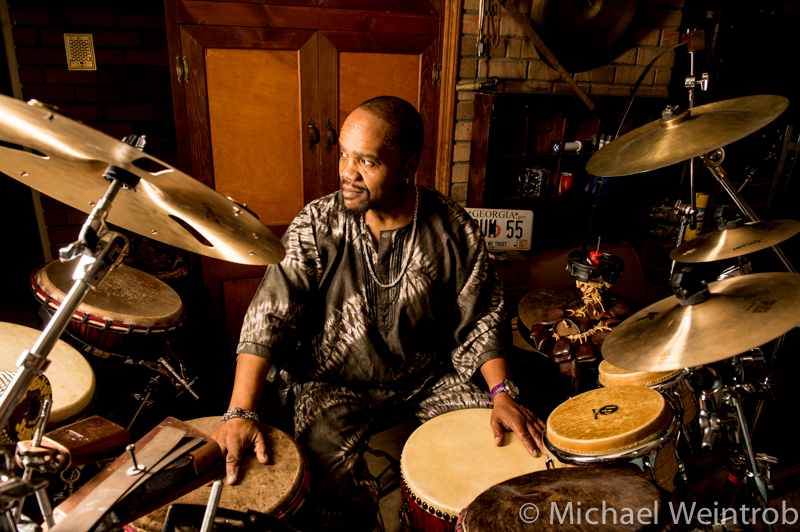 The latest release from Yonrico Scott, “Life of a Dreamer”, displays Mr. Scott’s solid jazz fundamentals and solid groove that his fans have come to expect. From jazz to power soul to funk and rock, this album manages to fuse genres effortlessly all while delivering a foundation that forces foot-tapping engagement from listeners. Mr. Scott even ventures into the jam-band arena as he invites in the legendary Col. Bruce Hampton and Reverend Jeff Mosier for an exercise in head bobbing.

Yonrico Scott is an American Grammy Award-winning drummer and percussionist. He was a longtime member of The Derek Trucks Band and is currently the drummer for recent sensation Royal Southern Brotherhood featuring Cyril Neville. In 2010, Scott accepted the Grammy Award for Best Contemporary Blues Album for The Derek Trucks Band for their 2009 album, “Already Free”. Mr. Scott has played with industry big-names such as Stevie Wonder, Warren Haynes, Whitney Houston, Peabo Bryson, John Denver, and The Allman Brothers to name a few. With the Derek Trucks Band, he served as percussionist and contributing songwriter for 16 years.

“Life Of A Dreamer” opens with an instant funk rock classic “Don’t Give Me”. This dynamic mover harkens back to Mr. Scott’s days with The Derek Trucks Band with its forceful groove and old soul vocals. “How much is too much”, he sings just before the momentum evolves into riff- trading among the keys and guitar. “Don’t give me one more chance”, he bellows before the big finish of horns and powerful percussion…but the listener must listen on.

“Don’t Give Me” leads directly into the title track, “Life Of A Dreamer (Suite For Marimba)”. It opens with Mr. Scott stretching out by putting his melodic skills on display with a fantastic marimba intro. His dynamics are genius and create a hauntingly beautiful echo that sets up the approaching horns masterfully. This is definitive Yonrico Scott…a solid jazz number with a strong rock back beat. He shows that he is a master of melody in this big, expansive number that shows his percussion skills in definitive fashion. The number winds down with Yonrico returning to the marimba as he and bass master Joseph Patrick Moore slowly bring in the guitar and horns for the grand finale.

Mr. Scott shares compositional credit on several tracks, of note is “Corner Of The World”. Producer, writer and bass man Joseph Patrick Moore contributes this composition as he smoothes things out with this jazz number. The juxtaposition of Scott’s patented percussion with the interplay between bass and guitar is breathtaking. Kofi Burbridge’s organ work on this number rounds things out and delivers this soulful piece with style.

From the opening track to the “bonus” track, “Life Of A Dreamer” does conjure up a dreamy potion that contrasts tension with tranquility and delivers a memorable collection throughout. The seductive groove and melodic composition demands replay and is destined to be known as Yonrico Scott’s most powerful release to date. Give this a listen…you’ll be seduced into by the “Life Of A Dreamer”.

Next post Vocalist Pauline Jean Releases New Video "Their Blood, Bondye" In Support Of Artists In Her Native Country Haiti