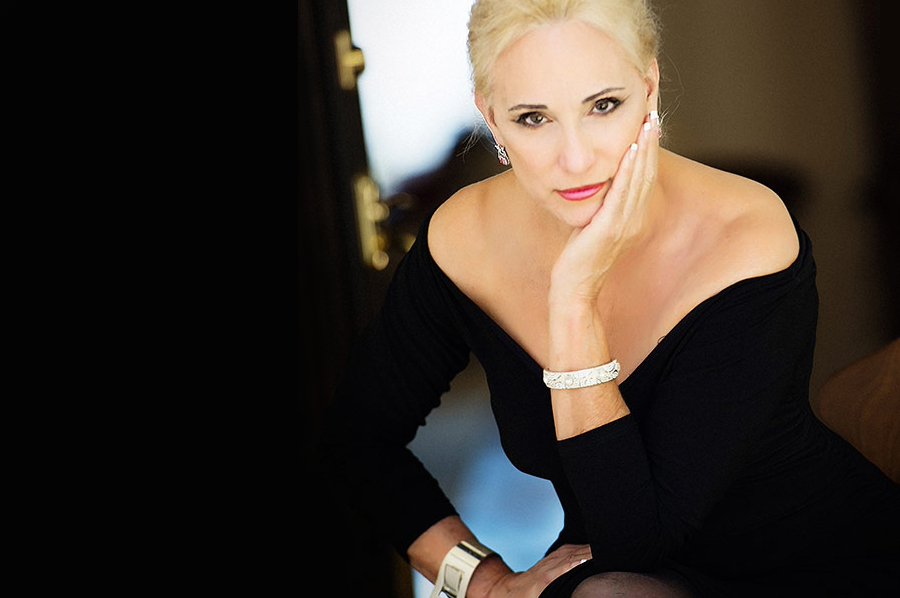 “Looking For Angel Eyes” as part of our Moonlight Sessions albums.  Crowd funding on this project very soon.  www.lynstanley.com

He chose these words to inscribe Lyn Stanley’s copy of his autobiography.

Music was always part of Stanley’s life.  Her mother was a spirited jitterbug dancer, her father was an enthusiastic amateur jazz pianist and her grandfather was a trained opera singer.  Despite this grounding in the arts, Stanley’s mother steered her toward a corporate profession.  College, a communications degree, a Ph.D. program, marriage, a successful businesswoman and later a competitive ballroom dancer took her elsewhere, but the lure of song is strong. She then sought out the late pianist Paul Smith and asked for a hearing.  Vocal coach Annette Warren Smith, his widow, describes their reaction: “We couldn’t get over how good she was. She knew she was a great dancer but she didn’t know how good she was as a singer.”

Lyn Stanley is dedicated not only to singing great songs in a singular manner but to making a fantastic-sounding ALBUM as well. This singer knows her way around quality recording reproduction, hiring the engineering monarchy of sound—veteran and 23 Grammy awards legend Al Schmitt and mastering engineer Bernie Grundman. She records as the big names did at their respective peaks, at top tier places like Avatar in NYC and Hollywood’s Capitol Recording studios. That voice of hers is captured the way it should be, via Frank Sinatra and Nat King Cole’s most beloved microphone, lovingly dubbed “Telly.” Stanley is more involved than many singers in the recording, mixing, and mastering of her music, lovingly leaving nothing to chance.

Jazz singers, naturally, approach the art of singing in different ways—some employ the voice as an instrument, and songs become vehicles for flights of fancy. Other jazz singers value the song and its integrity—they get into the song, the story it tells, and make it sound as if it might have been written for him or her. Lyn Stanley falls into the latter category—while she brings a jazz sensibility to her singing, The Song is The Thing. (Jazz tenor sax icon Lester Young, for one, would not record a song unless he knew the lyrics.) Pianist Bill Cunliffe, no slouch himself when it comes to weaving a tale (albeit on the keys), said of her, “She understands the lyric and is able to communicate it to the audience.” She is a singer inviting listeners to find a new truth within, all the while keeping the qualities that made the song special to so many listeners in many eras.

Stanley’s maiden voyage, Lost In Romance brims over with a selection of standards that establishes her as a distinctive stylist with the Great American Songbook. Her crew, including ace drummer Jeff Hamilton, pianist Mike Lang, and saxophonist Bob Sheppard, provide spacious, swinging accompaniment that dovetails with Stanley’s unerring, unassuming embrace of these songs’ spirit. George Harrison’s “Something”—a favorite of Frank Sinatra’s—is given a shimmering, gently swinging, slightly bossa nova-flavored reading. “Too Close for Comfort” epitomizes Saturday night swagger and the promises of romance. Steve Rawlins’ production gives the vocals and instruments such presence the listener is practically in the studio with the ensemble.

Potions (From the 50s) find Stanley extending the Songbook tradition with jazz-enriched versions of songs from the spheres of 1950s rock & roll and rhythm & blues. “I’m Walkin,’ made famous by Fats Domino and Rick Nelson, is transformed into a sassy New Orleans-flavored panorama one can easily imagine sung by Louis Armstrong or Bessie Smith. “In the Still of the Night” because a languid jazz waltz and The Coasters’ “Love Potion #9” an undulating, exotic bluesy tale of love-luck-gone-wrong. The spirit of N’awlins evinces itself yet again with the loping, genially seductive “After the Lights Go Down Low.” Producer Kenny Werner’s unfailingly lyrical piano alternates with the punchier key-craft of Mike Lang, while saxophonist Rickey Woodard lays down some earthy tenor reminiscent of the late great Turrentine.

2015’s Interludes is her magnum opus thus far, a summation and a progression, as all the aspects of Stanley’s approach come together in a sublime fashion. Among the cast of players herein is a quartet featuring pianist Mike Garson, longtime pianist and musical lieutenant for the late David Bowie from 1973 to 2003. He’s a versatile musician that strides the rock and jazz spheres with equal aplomb. Instrumentation more varied—including jazz harmonica wizard Henrick Meurkens and trombonist Bob McChesney–arrangements on standards such as “One of Those Things” more complex yet maintain a sense of streamlined simplicity. Songs from the rock canon become uniquely her own—Pat Benatar’s “Black Velvet” achieves a lusciously sultry ambience as does Led Zeppelin’s “Whole Lotta Love,” delivered in a manner Peggy Lee herself might envy. These are high-wattage showstoppers and the band must have known when recording because these songs were recorded in one or two takes.  “Whole Lotta Love” is the scratch vocal and this song was recorded as you hear it in 15 minutes during a power session at Studio A at Capitol Recording Studio,” says Stanley.

The future is, as has been said, unwritten—and Lyn Stanley is a lady that’s going to write new chapters in America’s book of songs.

“She sings spot-on key, phrases with practiced ease, and simply interprets this set of juicy songbook goodies in such a way that one knows she has done her homework.” – George Fendel, ejazznews.com

“After listening to this recording we can safely say that Stanley is not only a singer, but a great singer of contemporary jazz. Knows how to choose the songs, find the best arrangements—they are anything but trivial–and her voice knows extract from the verses those feelings that authors have expressed in words.” – Vittorio, MusicZoom (Italy)

Next post Latest solo release from a Grammy Winner