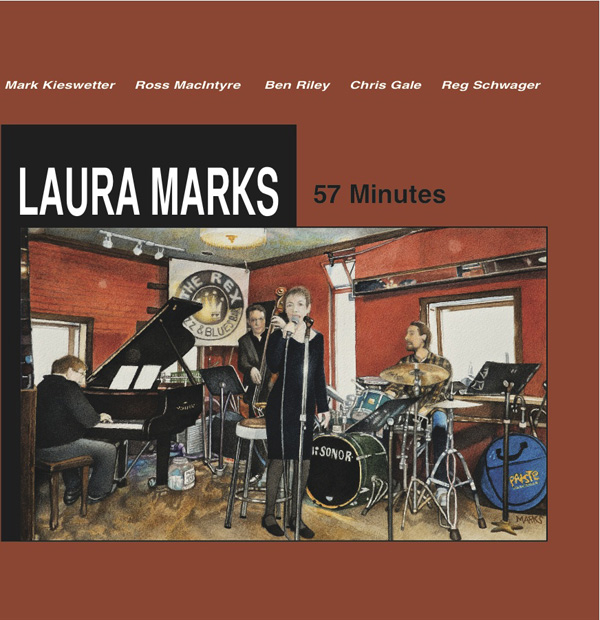 Laura Marks has described the theme of her debut CD as “Songs that we like to play”, and she further explains, “Mark, Ross, Ben and I have played together on and off since July, 2010 and Chris and Reg joined us in 2012. 57 Minutes was recorded over a two day period at Noble Street Studios, Toronto with many “first takes” having been included in the project to ensure as spontaneous and real an outcome as possible.    www.lauramarks.ca

Join us at the Jazz Bistro for an evening to celebrate the release of Laura Marks’ debut album.