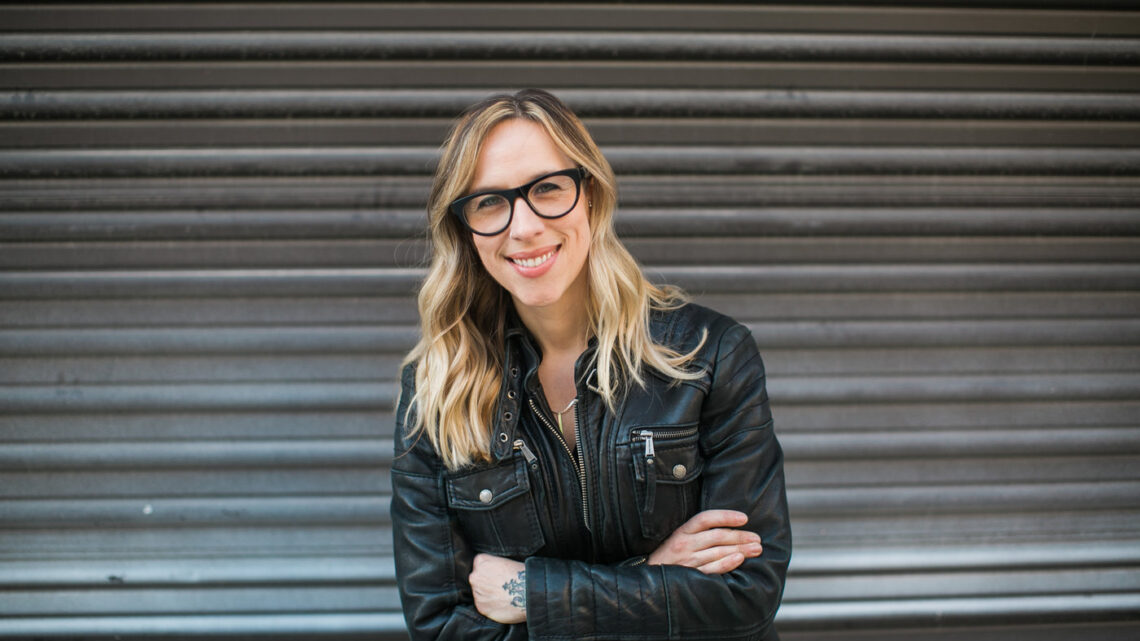 When two-time Gold-album selling alternative rock band Cold’s 2020 tour was postponed due to the pandemic, bassist Lindsay Manfredi found herself quarantined on a farm in Fallbrook, California. The result is her debut book, Unfuckwithable: A Guide to Inspired Badassery, published by Rose Gold Publishing, LLC.

The insightful and inspiring memoir and personal development book, which is available now at https://shop-ljm.myshopify.com/products/unfuckwithable-a-guide-to-inspired-badassery, shares Manfredi’s personal experiences with bullying and abuse as well as the highs and lows of living a creative life and the wisdom she has learned along the way.

“Working on the road on something other than music and fan connection is extremely difficult, since I’m not that focused. And while not touring sucks for the time being, this quarantine gave me the chance to actually focus on the completion of the book, which has been four years in the making,” said Manfredi.

The origins of Unfuckwithable started over 20 years ago, when Manfredi got a spider tattoo, the logo of her favorite band while working in the music industry on her own projects. Unbeknownst to her, she was manifesting a future in the band. In 2014, lead singer Scooter Ward, saw her Cold tattoo and reached out.

“We were looking for a new bassist, and someone had sent me a few photos along with links of Lindsay playing bass. Her having the Cold spider tattooed on her forearm was a welcomed surprise. Then, I watched her TEDx talk on the non-profit she had co-founded, Girls Rock Indianapolis, and that sealed the deal. Not only is she a great musician, she adds a perfect energy to the band,” said Ward.

Manfredi relocated to the West Coast to begin recording Cold’s new album, The Things We Can’t Stop. After a few months of working on the album, she went back to the Midwest to spend some time with her daughter, and during that time, she gained a renewed devotion to meditation and the Law of Attraction. Her studies of the works of Don Miguel Ruiz, Dr. Wayne Dyer, Eckhart Tolle, and Gabrielle Bernstein inspired her to become unfuckwithable. She then decided to write her own story. She invites readers to share her journey and also get to a place where they ask the hard questions to truly get to know themselves and become unfuckwithable as well.

“Lindsay Manfredi isn’t a girl bass player…she is a BASS player, who happens to be a girl, packing much power behind that smile so wide…Her book and story are living proof that one can kick your ass while bringing the positive at the same time” – Stevie Salas – Musician (Mick Jagger, Justin Timberlake, Bootsy Collins), Film Producer (Rumble), American Idol (Music Director)

“Lindsay Manfredi is a fierce force of nature. The second that I met Lindsay… I knew that this was a woman who was going to do epic things in her life. She is unapologetically herself and full of unwavering belief and passion and vision in what she does. I often wonder if she ever sleeps. Lindsay is an outstanding musician and one of the most creative artists of many kinds I’ve ever met. This book is further evidence of her ability to take an idea and simply go for it and make it happen. Lindsay is unstoppable. She’s unbreakable. She is Unfuckwithable.” – Kelly Olexa – The Kelly O Show, Founder of Fitfluential

To purchase a signed copy of Lindsay’s book plus free shipping, for a limited time only, go here. https://shop-ljm.myshopify.com/products/unfuckwithable-a-guide-to-inspired-badassery

Some may say Lindsay Manfredi is the definition of a renaissance woman. From being in the music industry for over 20 years, as well as a two-time TEDx speaker and Co-founder of Girls Rock Indianapolis, a nonprofit rock and roll summer camp for girls ages 8-16 which was started in 2010, she is currently the bassist for the alternative rock band, COLD, who has sold over one million records in the US alone, and most recent album, The Things We Can’t Stop, debuted at 34 on Billboard through Napalm Records in September 2019. She is endorsed by Ernie Ball and also has an endorsement with Diamond Guitars who are currently building two bass guitars, the Maverick and Hailfire ‘LM’ series basses, that have been custom made for her.

Manfredi is also a singer/songwriter whose music is featured on the Fitfluential Radio podcast and does studio work with Geno Lenardo (Filter, Chevelle) regularly. Manfredi is also partnered with Tricia Meteer for Equinox Farms and hand-pours luxury candles for bands and brands when she’s not touring.
Manfredi owned a ghostwriting and social media marketing company, Linzstar Inc, for 10 years until music took over her life. She has been a featured speaker at Blog Indiana multiple times and on many social media marketing panels including Blog Indiana, The Combine in Bloomington IN, and was featured in Indianapolis Monthly Magazine as an up-and-coming artist in 2013.
Manfredi is currently living in California, having just wrapped up a national headlining tour with Cold.