MCG JAZZ – KEEPING THE SPOTLIGHT ON THE TRADITION OF JAZZ 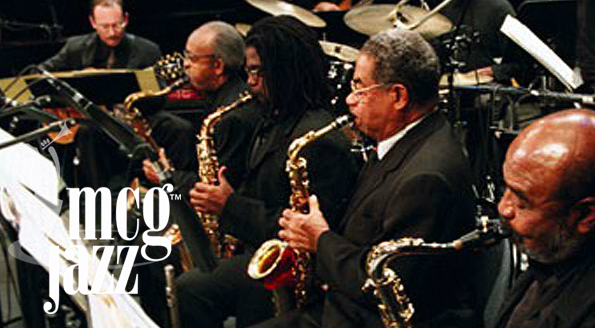 New York — MCG JAZZ is just one affiliate of the collective Manchester Craftsmen’s Guild (MCG); which is a nonprofit multi-discipline art, education, and music organization established in 1968 in Pittsburgh, Pennsylvania, USA.

Today it is officially located in Pittsburgh’s North Shore, though close to the Manchester neighborhood where it was originally founded.

MCG Jazz, whose mission statement is to preserve, present and promote jazz music is continuing to do just that. All arts and music programs of Manchester Craftsmen’s Guild share a common vision born from founder Bill Strickland’s personal experience – that through direct involvement in the making of art and through exposure to the masters who teach and perform it, our lives will be enriched, even transformed.

MCG strengthens the long time Pittsburgh jazz community and contributes to the overall cultural and artistic diversity of the region.

Since 1987, MCG Jazz has brought audiences together with jazz artists at its 350 seat music hall in Pittsburgh for innovative 16-part, subscription-based concert series for jazz performance, showcasing the best of jazz legends and new emerging artists. Each year, MCG Jazz presents an average of 30 public performances, featuring 20 headlining artists, as well as 12 educational activities.

MCG Jazz Archives contains over 28 years worth of jazz history by those who represent the past, present and future of jazz music. The performance series, one of the oldest in the nation, is an anchor of Pittsburgh cultural and community life. In addition, MCG, MCG Jazz has won five Grammy Awards – including two Latin Grammys.

Says Executive Producer of MCG Jazz Marty Ashby, “The jazz artists come to the MCG to perform with an understanding that we’re a school. Most leave with the feeling that they got as much or more from their MCG experience than they gave. They frequently mention ‘hope’ and ‘the spirit of the place’.” MCG Jazz has established long-standing relationships with artists, such as Nancy Wilson, Bob Mintzer and Paquito D’Rivera, who return to MCG to record multiple projects that showcase the artists’ individual interests and the diverse aspects of their creative musical palettes. MCG Jazz is known for capturing these projects in a live concert setting.

MCG Jazz label recordings are unusually joyful. Artists spread the word and encourage others to perform here. Many come back time and again, choosing to record something unique on the MCG Jazz label. They generously give proceeds to support our programs.

Among its recent releases is Perchance To Dream from actress/social activist Gloria Reuben., produced by MCG Jazz head Marty Ashby. It has been met with critical praise and she has just concluded several performances in New York and Los Angeles.